I got my new Pulsar 150 a couple of weeks back, but the process of selection was extremely long for me as I was very particular about my criteria and comfort. I always go after my the gut-feeling. I started the selection process somewhere in May just after my CET exam. My criteria were stunning looks, good ride-feel and decent mileage. So a 150-160cc bike fitted best. I considered almost all bikes in the market including: TVS Apache RTR160, Hero Honda CBZ Xtreme, Bajaj Pulsar 150 and Yamaha Gladiator (although its a 125cc, it looked decent). I didn’t consider the Honda Unicorn as I had one already in my house and I did’nt like the Stunner much. 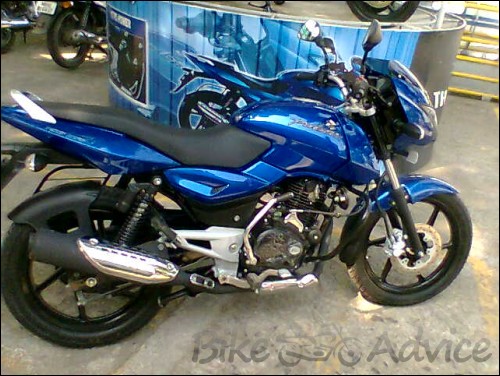 So, Step-1: Get a test-ride (and a few inquiries) of all of them. That’s exactly what I did and this is what I realized.

Hero Honda CBZ Xtreme: Decent looks (especially the red and black combo is very good), rumored to give about 55kmpl mileage, handling will be a 7/10 and seat height is a bit on the higher side for a shorter guy.

Yamaha Gladiator: Looks are pretty good for a 125cc bike, about 55kmpl mileage as expected from a Yamaha bike but I it was dragging quite a bit while accelerating even at low speeds unlike Yamaha, easy to control though because of its low weight.

Bajaj Pulsar 150: Finally I reached the Planet Bajaj and I took a look at the Pulsar 150. No doubt it looks very good, moreover its handling is very good, much better than the others I tested, its acceleration is very smooth as well. If ridden properly, gives a mileage of 55 kmpl as well.

Honda Unicorn: I did’nt need a test-ride. i had been riding it for quite sometime. This bike is very good with its handling, feels very stable. The ride-feel and gear-shift is very smooth with its mono-suspension. Might feel a touch heavy and bulky for some, but you’ll be fine once you are used to it. The new zippy version looks very cool. Mileage of around 45-50 kmpl might be a con for some, if not, its very good.

After the initial round of test-rides, I short-listed the Pulsar150 and Apache RTR160.

Step 2: Taking advices from experts and people who are already using them. Guys who were using the Pulsar 150 told me that the Pulsar will give maintenance problems only if I handle it roughly. Smooth riding is what you need to maintain the Pulsar 150. The Bajaj spare parts are relatively cheaper and easy to get. The Apache is a good performer as well and the smooth riding criteria applies everywhere. However TVS parts are rather difficult to get, which can be a problem. 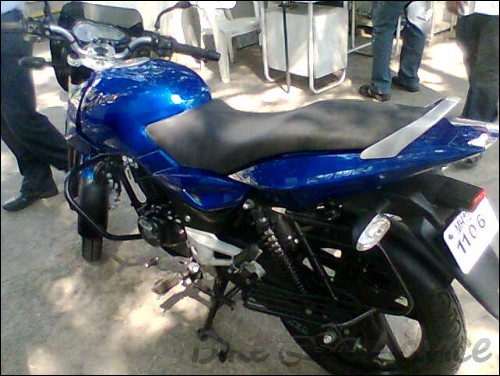 Step 3: Decision making time. After long thought processes and reviews from many people and discussions, I decided to be a proud owner of the Bajaj Pulsar 150 in the month of October 2009. And in my opinion blue is the best color. The black one looks awesome in the beginning, but after some time, its sheen goes for a toss, same case with the silver. The shade of red which the Bajaj gives isn’t really the best compared to the classy red of the Unicorn or the sporty ones of some others.

Review: When you start the ignition, it really makes you feel powerful, the acceleration is very smooth with a magnificent sound. This bike might however feel small for people above 5’10” (I’m 5’7″). I had heard a lot about its maintenance problems, but all you have to do is control its wrist until the first couple of services. So, if you are ready to chance a TVS, you can give it a try, otherwise just take the largest selling 150cc bike of India: The Bajaj Pulsar DTSi 150cc.