The Bajaj Pulsar is the first bike in India which came in direct competition with the Hero Honda CBZ. Later Bajaj introduced Pulsar 150cc DTS-i with digital twin spark ignition and till today Pulsar is one of the most sought after bike in the 150cc segment. It has definitely won over other bikes, but let us justify its triumph. 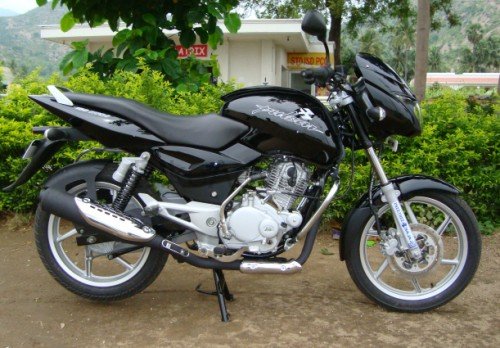 How does it look?

The engineers at Bajaj realized the fact that if there is no beauty and only brawn, it is not going to sell in the Indian market. Claimed to be designed and developed in Japan, this bike does have a head turning looks. The most noticeable feature of this bike is the tank. Big tanks give a big bike feel, and when Pulsar was introduced, it had one of the biggest tanks in India. 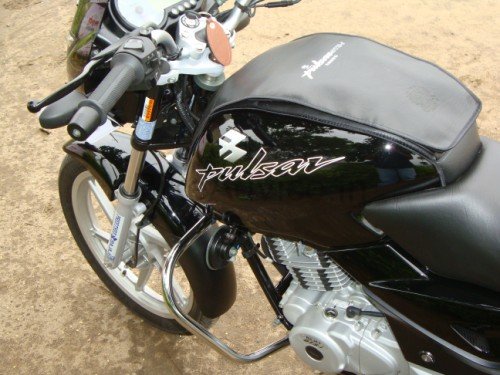 The design of the headlamps has been viewed differently by people. Some really love it and some say it could have been designed better. The headlight comes with city lights also called tell tale lights which is a value addition to its looks. Bullet and Karizma were the only bikes with city lights before Pulsar was introduced.

The tail part of the bike… hmm, yeah, I could say it is nicely designed too. Here too there is a difference of opinion. The new razor sharp rear light, whether looking good or nor not, definitely adds to the uniqueness of Bajaj Pulsar. 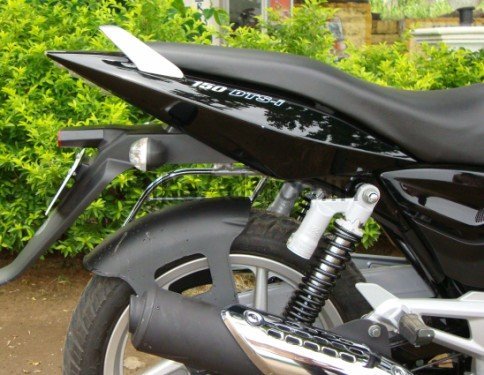 How does it perform?

Bajaj says “DTS-i gives high power without compromising on mileage.” and the bike lives upto this statement. Another great advantage of the Digital Twin Spark ignition is the throttle responsiveness. Definitely the throttle response is better than the CBZ. It does give a good adrenaline rush when you twist the throttle. 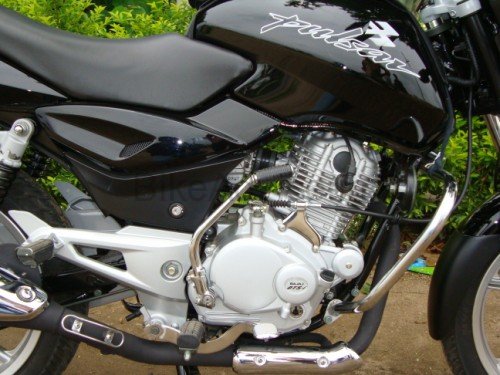 When I had a ride on this bike, what I felt was a feeling of insecurity. Eventhough the bike is heavy, I somehow felt that the bike is not as safe as the Karizma. I cannot technically explain why it is so, but thats what I felt. But the pickup is awesome. Karizma picks up in slow and steady pace and maintains stability at high speeds, but Pulsar jumps off pretty fast but cannot be as good as the Karizma when at speed more than 80 kmph.

Bajaj has generously provided Pulsar with good disc breaks, but the brakes are too sensitive that it has to be applied carefully. I have heard many people applying the front discs too quick and due to the type of weight distribution that the bike has, the bike topples over. 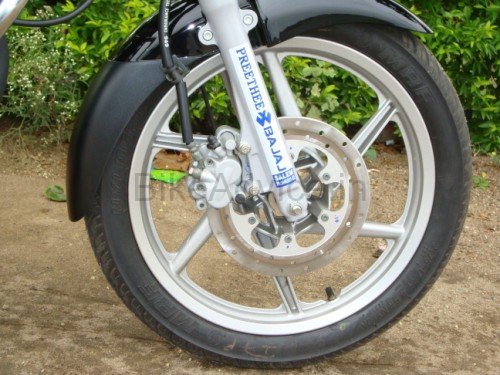 It is claimed that the Bajaj Pulsar 150cc gives a mileage of around 55 – 60 kmpl. But it greatly depends on user riding quality, service quality and frequency of maintenance.

How does it stand out?

Bajaj Pulsar was a great buy sometime ago, but right now considering the competition there are better bikes around from Honda, TVS and Yamaha. People are already bored seeing too many Pulsars in the city. It is time for Bajaj too launch a new 150cc model to its product line.

The digital console was an attraction a while ago, but now many bikes have introduced them. If you are a Pulsar fan and have admired the bike for quite a long time, then go ahead and buy it.

Cons: A little unsafe, Riding posture is not good for people more than 6 ft tall.