I born bare in the place called world, my footprint on mother’s earth stamped me as an Indian – Keralite Christian. She was so beautiful that she showed me many faces, one, in which I fall in love –  “The Face of the Chariots”. My love was true & yet so deep. 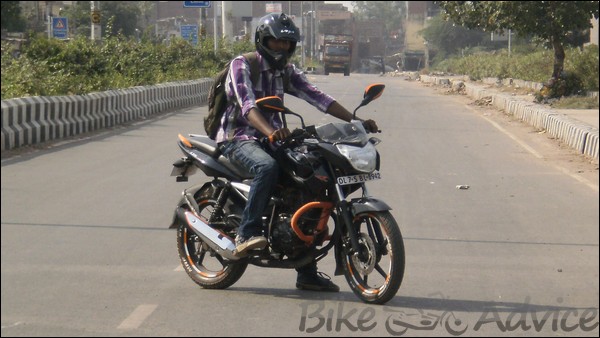 Age by age I grew for a battle to fight for my incredible love to grab chariots, but circumstances, fate & agony didn’t allow owning one. Days passed, years passed, I learnt to handle chariots except heavy ones. Side by side my hand glides for Brut art to give birth, a beast at least, for one or may be in future.

At the age of 16, a star striked on my destiny, my mom’s traveling expense was high, so mom planned to purchase a chariot especially a scooty. Shops by shops, we walked & walked, at last she finalized & bought a brand new Honda Aviator disc version in 2009 April at Rs.46,500.

Though my passion for bikes was engraved in my heart, for me its least not the last. My uncle handover the key & I accepted as my own sister with a sweet smile. Though it’s not a bike, a placed myself as I’m going to ride a sports bike.

Day’s passed away; I took her with my friends, school, malls, exploring new roads, off-roading & even for drag race in DND highways on afternoons. My maximum speed I attained was 100km/h + without any vibration. I looked after her as my own sister, I bathed her every day, took for service in every 3months, but all it was lacking was food. So sad, so bad, yet to say that every time I face shortage of pocket money. 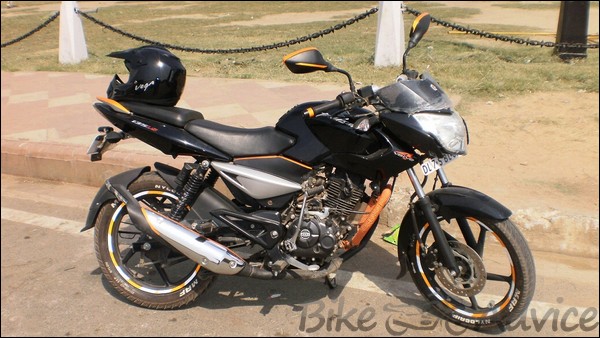 So I made her to prefer to gulp only for Rs.20 daily from my pillion riders pocket whoever it is, girl or boy & due to this reason I made a good friendship with petrol pump service guys. I truly love my Aviator, because I felt very silent & a better power & torque compared to others rivalries in the same segment. Designing was also upto mark coz of her Italian looks & her lights are so bright & clear.

Also her mileage & handling was good & however her brakes are awesome. But only thing I would like to say that I lack confidence while leaning less than 45degree, so Honda can come out with bit more grippy types because as we all know in city as well as in highway one can find dust on Indian roads.

In March-2011, mom planned to sell Aviator, & she was taken away from me forever. I begged a lot to my parents, why can’t she live with me, I plead to take care of her, but they didn’t All she left was her sweet memories which we both spared and that made me to niggle and to weep for her. Meanwhile I completed my 12th & started working because my blood was bleeding for another chariot in remembrance of her presence in her absence.

Like this six months passed away, keeping in my heart somehow to clinch a Tata winger, because dad assured me to accompany me a part to pay the price, but again a got a jerk in my fate that lead me to my shortcomings, and my broken heart was now totally crumbled & crushed into sands. I worked in Call Centre then I left the job in the month of august 14th. 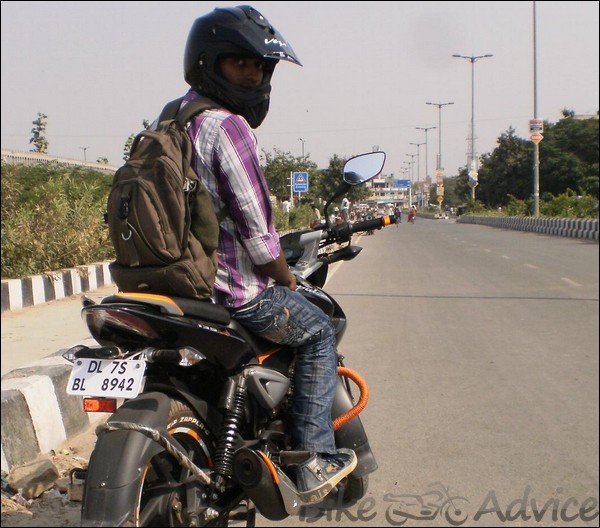 I changed my mind now it’s time to take bunch of books rather than borrowing cliché from mates like a groom searching for brides. My vision was the one who having aggressive looks, muscular body, ya you can say a gal from WWE…lol… Days was like that every second different bikes striking to my mind as I’m looking for high-end bike so in my view bikes available in mother land was Fazer, ZMR, 220f, Duke125, Duke200, Apache ABS, Hyper Edge, Impulse R15 v2.0.etc. 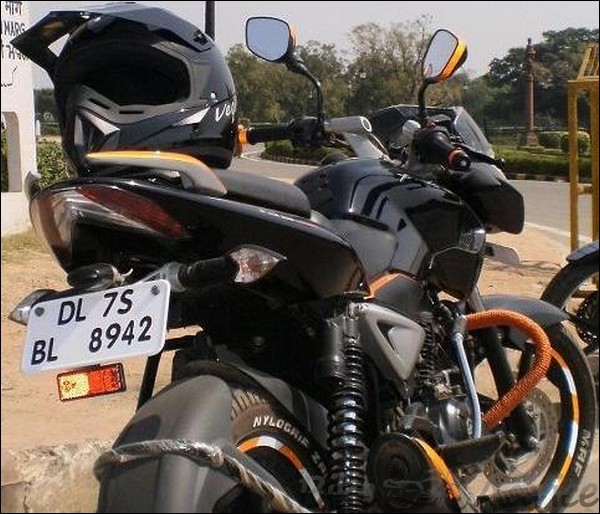 It was dawn, my sleepless nights & my researches made my more rejuvenate, I silently came out with my key, I take out her cover. Wahoo… sexy, sports & smart; Guys, she was an acquaintances for me. I give a kiss on her forehead, my adrenaline was pumping, pulse rate increased, and my heartbeat reaches to 101 times per minute. I unanchored her from frame. I took her to pump. Damn, waited till 6.00.

I compromised myself & pledge that from now on I will fill the tank up to brim. In remembrance I jumped out of the bike, put my hand on bikes back seat, ha-ha, petrol pump guys laughed, & replied “fool, its bike not your aviator”, I with a great shy give a smile scratching my head.

I get down to NH, countdown begins to green & here I gives her one chance to gulp, full throttle, I skulled myself with a Vega dirt, my toes to head- bones was crackling, fingers were shivering. Soon a thought striked into my mind-“bruised ankles & elbows, bloody kneecaps, smashed bikes, is familiar everyday phenomenon with motorbike news buffs”.

However, considering its accident-prone nature, the novice may need handy tips to acquire fine art of vrooming, I conquered all my fear, countdown reaches to 5, I buried my head onto tank, butts high-up in the air, sharpen my eyes, its green. Here I vrooms, 1 Gear-6 Rpm- & soon.., reaches up to 85km/hr., as its new bike after two minutes I reduced to 2.5rpm, 25km/hr. in 5 gear & took back to society.

I’m breathless, all I have to say its snorting ness, sounds bit crazy na…?, u won’t believe, I know, until u feel the blaster. Ah. That made the bystanders to crave to the legend. Well this is enough to crave the souls of the girls.

Dis going to make me feel the beauty of motocross. I made her to run 30-50km a day, on weekend around 150-200kms. During the ride, every corner I rode through was an experience, even a small off-road made me to enjoy every bit of the bike. The best thing about the power & its surge whenever u want it, in town or in city or on off–road.

Bike is a joy to flick in & out of traffic, riding enthusiastically; popping wheels taking corner with one leg out, jumping over speed-breakers well such antics become easy when astride the 135LS. The Pulsar remains one of the sexy prototypes which has been made it into showrooms virtually unscratched in its looks, thanks for that designer as well as production unit. 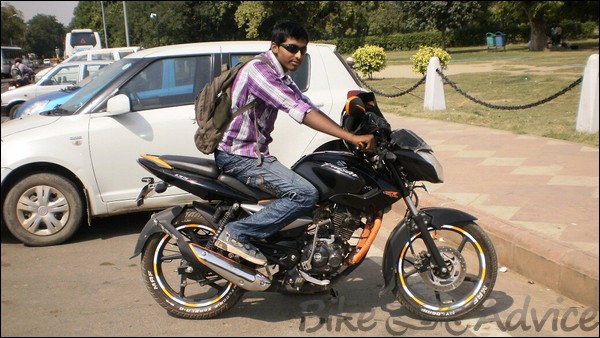 Its front fairing looks young babe, well there is no funny music coming in from der, rather than irritating rattles / squeaks. However, it is view up ahead which is truly awe inspiring as you sit comfortably in a motocross stance rather than crouch or slouch in an ungainly & tiresome manner. The bike has a degree of balance which is amazingly light to touch yet firm footed in its stability even at slow crawling speeds.

I never thought or even expected this aspect a motocross bike, but thanks to the brilliant optimized 4-vaue combustion chamber design & thermodynamics, the finely sorted out ignition system, It’s the 1st 4-valve tech in 135cc segment with the power delivering 14bhp which is crispy, strong & linear. 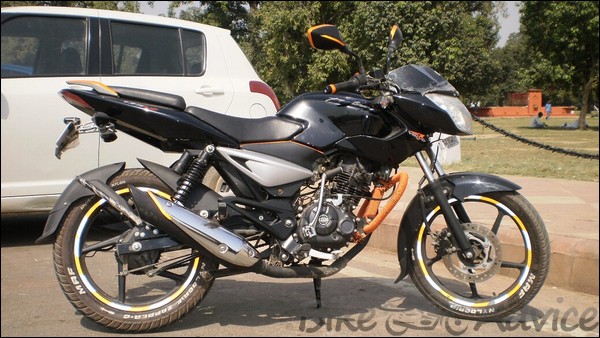 Sprinting from 0-60 in 5.1sec makes it the undisputed babe, however it is the view up ahead of the strip among his colleagues, accompanying one down, and four up transmission. Only problem I faced is gear shifting, means until the engine gets warmed up or run more than 1km, it’s hard to shift to 3rd gear, remaining all gears are smooth.

Good news for Pulsar 135LS fans. Pulsar 135LS became the top selling model for Bajaj Auto in Indonesia because of the major reason of success of Pulsar 135LS is performance at unmatchable price. All I have to say “I love her so much”, well it’s time to go for an another long drive with two ways ahead B.E.(Bachelor of Engineering) & B.DES.(Bachelor of Designing). So guys catch you next time with a new girlfriend. See ya.