As promised by Rajiv Bajaj, Bajaj Auto is all set to kick a new war in the commuter segment with the launch of an all new 135cc premium commuter bike within a fortnight. The best part is the fact that Bajaj is branding the new bike with their flagship brand name, Pulsar. With its launch in November 2001, Pulsar has seen all engine variants from 150 to 180, Fuel Injected to Carbureted! and now welcome the youngest member to the family. Get ready to see a smaller Pulsar (135) running beside you very soon. According to the details we have with us, the bike is almost the similar XCD Sprint that Bajaj showcased in the Auto Expo in 2008 (and since then has kept us waiting). 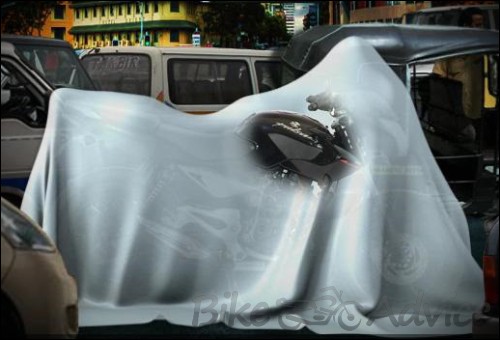 The bike is essentially targeted at the college going youth who wants best of both the worlds (power & mileage) along with scintillating looks to attract his girls. That means this bike would compete directly with Honda Stunner and Yamaha Gladiator and with a pretty strong backing from the Pulsar family brand it sure is poised to give these long termers a tough fight.

The bike would sport the similar looking mean bikini fairing (similar to the Sprint displayed in the Auto Expo) along with a fairly newly crafted tank which draws its cues from Discover 135 and yes it has lost the masculine look of the Pulsars traditional tank which they have been carrying all the way since 2001. 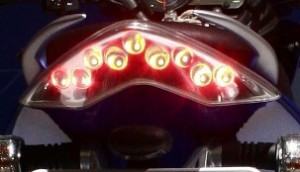 The rear part is made extremely sleek which adds to the overall sexy dynamics of the bike. The grab rail is also pointed split type. However, the fantastically crafted dotted LED tail- light looks superb. The bike has shed the traditional rear mud guards. In place, Bajaj has allowed only a number plate assembly to tinker; the (mud) guarding duties would be done by a tyre hugger. The whole rear assembly seems inspired from sports bikes and looks neat and gorgeous. The bike also sports rear set foot pegs for a sporty stance along with a pretty short (smaller in size) up swept exhaust. Tank extensions are absolutely fresh in design and imbibe the bike with a royal touch. The turn indicators are pointed arrow head similar to XCD 135s. Gas charged NITROX shock absorbers, all black styling, digital speedometer, 100 section rear tyre all are standard now on all Pulsars and will be present on this bike as well, however, we expect a little different instrument console from Bajaj on this bike. The disk set up is also bigger than the existing XCD 135. The side panels would be in contrasting colors (at least on the Black color).

The engine is expected to be a retuned version of the existing XCD 135 and the way Bajaj is promoting this bike we expect significant bumps in low and mid range torque! We expect the pricing to be in the region of 55-57k on road Pune. By unveiling this bike, Bajaj has cleared its intentions that it no longer wants to be a second largest player in the country; beware Hero Honda! As the company launches this bike we will keep you posted about the accurate information, till then stay tuned 🙂