Hey, I am Supratik, a student of computer engineering. I want to share my experience that I had with my new and my first bike. 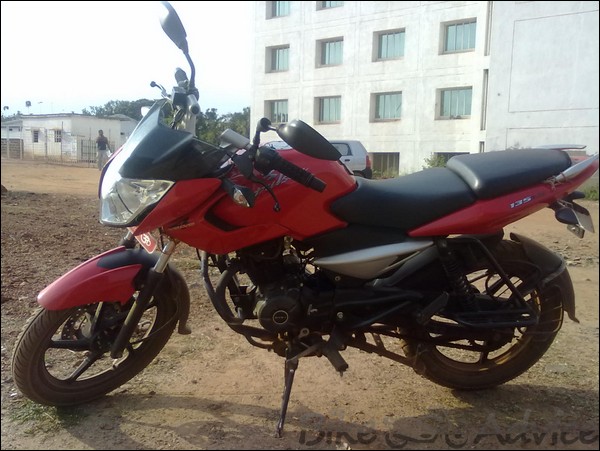 The journey from an embryo to a full grown tree… It all started from the time my dad bought me a nice little red bicycle and trained me how to ride it. Initially the passion to learn riding was not there and I haven’t given my 100% to learn it. So it took me some time to get rid of the fear of riding it on road.

But once I fell down from the bicycle (still the scar mark is there on my left eye brow) the determination in me to learn riding became very much proactive and soon I came to learn that I was riding it quite well even in hush and rush traffic.

During that time my day had a Yamaha RX100 with him and I used to sit in front of him and went on to many long rides with him. And eventually my fascination to ride that bike started significantly. But as I was still very young to ride it my dad didn’t allow me to learn bike and specifically because of my mom’s prohibidence it eventually became very tough for me to learn it. But the zeal to learn still remained within me and I was just waiting for a nice chance to learn to ride bikes. 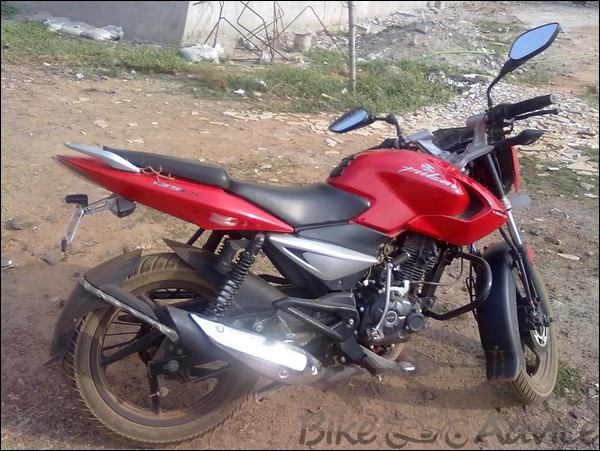 During that time a friend’s dad possessed a Bajaj super scooter and my friend started teaching me how to ride it in a maidan nearby my house. And soon I discovered that the passion in me became very much active and I had learnt to ride it with in a very few days. Then one day my dad was not at home as he left the bike back home.

I took the keys and started to try it. Initially it was not easy for me because of the transition from scooter to bike. But finally I could manage and could ride it back from my friend’s house to my house. And to the great surprise of my mom, I found that I was able to ride bike. Still I felt a bit nervous while riding it in traffic. After some time my fear got vanished and I became a good rider if not the best.

After my schooling I went to an engineering college where bike was necessary. Because of taking some computer classes and of the obvious fantasy of riding a bike with a girl on its back.

But my mom didn’t allow me atfirst because as I stay in Assam and my college is in bhubaneswar they were very much worried of accidents and all those stuffs. But after 2nd year of my study here I eventually managed to convince them a get a bike for me.

Regarding Selection of Bike

My father gave me an amount close to 70k to purchase a bike. So I was confused because many of my friends had Yamaha FZ16 and which almost stunned me after riding. And I was almost ready to purchase it but in the back of my mind I always had the plan to keep the bike back to my home and purchase a new sportz bike when I join some company. So I went for a Bajaj Pulsar 135LS, (the red one).

It was a very special day in my life. As this was my first bike so there was huge excitement. Almost all of my friends in the hostel left for the puja vacation but I was still there to purchase it on an auspicious day (The mahasaptami last year). I woke up early in the morning and had my breakfast and my bath thinking that the next day’s morning as a totally new day might be almost same as of today but with a little difference.

A small premium bike standing in front of the hostel catching everyones eye. I went to the Bajaj showroom in bhubaneswar itself and made all necessary formalities done to own that bike. Although I booked it a day before but it wa the special day when the bike will belong to none other than me.

After every thing was done and all the parts and accessories put in their proper place I collected the gate pass and brought the bike out of the godown. And then comes the main part. I was in complete joy. I shouted ”Hey!I have a bike now”. I called up my parents and they just advised me to drive slow and go to temple to offer puja on this bike.

The bike amazed me so much that I started taking pics of it then and there. Almost all the parts havaing the plastic packating on,the feel of owning a new bike and that too a pulsar series was on and frankly speaking I was on cloud 9.

Life After the Bike

Life after the bike has changed a lot. It made me to join private classes and make some outdoor travelling with my friends. And the best part of it was amazing, I got a girlfriend. 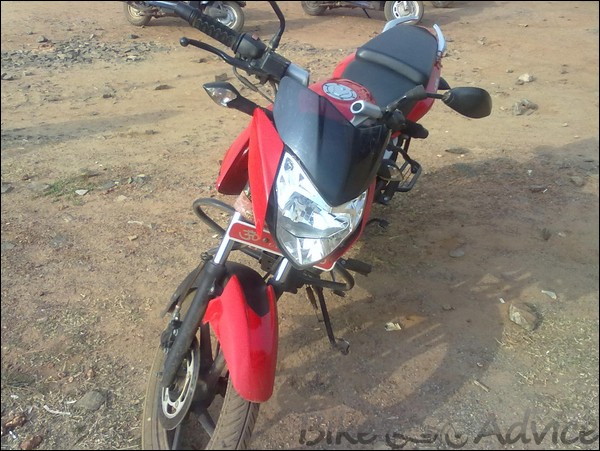 We friends often go outdoors on bike and the trip of puri, konark, chilka is very common. It almost made a journey of 5000km as of now. And hopefully will go even some more multiples of it.

Pulsar 135 LS is based on the 135cc DTS-i engine and Bajaj claims it is the world’s first DTS-i engine featuring 4 valves. The engine churns out a maximum power of 13.5 PS at 9000rpm while the maximum torque reaches 11.4 Nm at 7500rpm. The DTS-i technology is to enhance power delivery and mileage with low emissions. It is one of the most efficient engines and performs better than the regular 2-valve engine. The four -valve-engine provides greater intake and exhaust area giving more power almost equivalent to the 2 valve 150cc engine.

The all new Pulsar 135 LS (Light Sport) is the first of its kind in the country coming along with a host of modern features so as to pose a tough competition glorified by its addictive look and amazing performance. It sports an aggressive stance further declared by the sporty split-seat, aluminium clip-on handlebars and oodles of others peerless features. 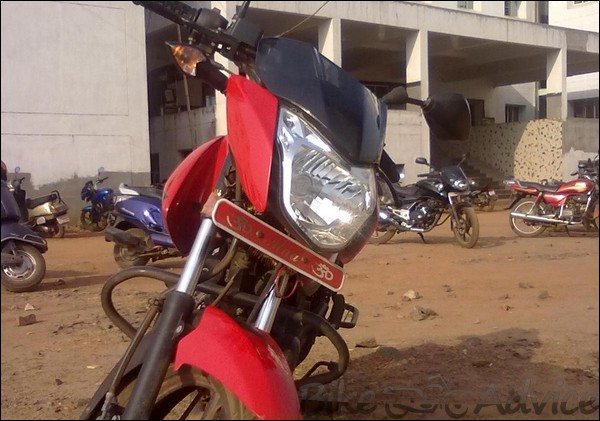 The black alloy wheels add a dash of attraction to the overall look of the bike. The air scoops get trendy with the ingeniously designed headlamp and the body work. The LED tail lamp and the turn indicators as seen in XCD 135 gels with the shapely body work of the little machine.

The sporty grab rail, trendy exhaust and well placed mud guard further strenghthen its unsurpassed design and looks. The Bajaj Pulsar 135 LS is sure to earn encomiums like the older siblings with much demand and popularity.

The well designed New Pulsar 135 does not prove tacky when it comes to the ride and handling part. The sleek rear panels leave room for the grab rail. The pillion rider can sit comfortably experiencing the high comfort quality. The footrests are placed slightly back and this results in a sporty riding position in combination with the two-piece handle-bars. 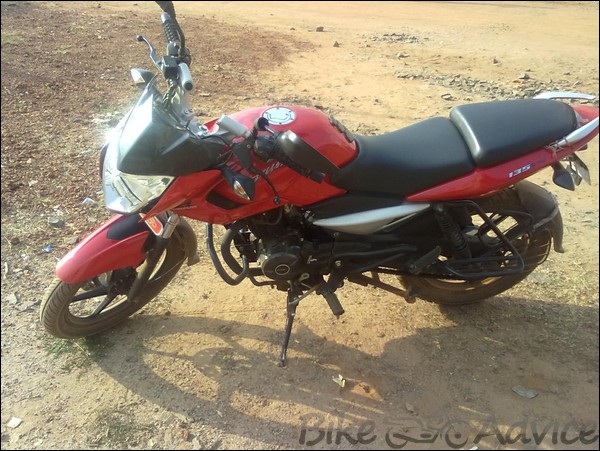 The precise power-weight ratio makes the bike agile and it easily manoeuvre the busy traffic road. The gas-charged Nitrox shock absorbers at the rear help the bike combat the bumps and lurches on the uneven surface. Like other Pulsar bikes, it is designed to get the maximum safety level. The DC lighting and the 240mm disc brake come as standard for the safety purpose.

The bike delivers ample of pulling power derived from its 2-inlet and 2-outlet valves. The Bajaj Pulsar 135cc will set a new trend in the country infusing the thrill of biking and accelerating the growth of sports segment bike in the country.

The pulsar 135LS the mini pulsar or the new entrant in the so hyped and talked about pulsar family. It is the calibration of the pulsar phenomena alongside with the new stylist edge to give it a sexy finish or can be termed as the new chick in the block. Especially the red one with some teflon coating gives it such a prolific look that no one can ignore it. Being the first 4 valved engine in the economy breed of bikes it has a special place even in the long race pulsar 150cc and the 220 cc.

The split handle and and the digital console adds something in this category which makes any one Wow! at the first look. Then comes the design. With the aerodynamic edges it has it never looks like a bike of 125-135 cc breed. It can any time match a 150 cc bike. 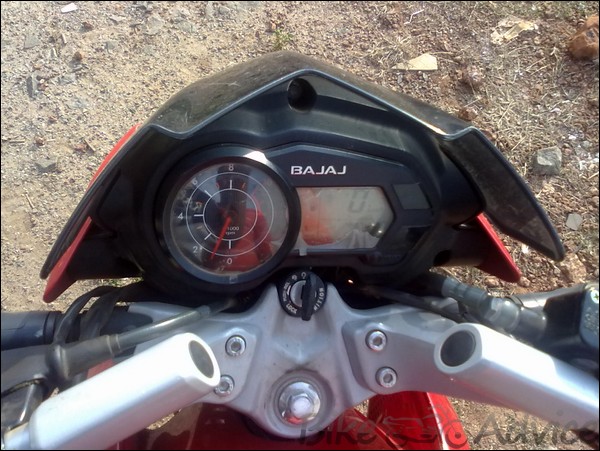 The top speed being in the proximity of 112 km/hr and with the kind of grip it has on the surface it is always enduring to ride it. The high suspended rear split sit also is an eye catchy. With a specific modeling in its rear end and the high suspension makes it feel like a sportz bike.the gear transformation system of the bike gives a sporty feeling.

The mileage is a huge benefit. In a high raising petrol price situation the mileage comes as a boon. And the mileage in a range of 55 – 60 km per litre is like an ice on the cake.

The city riding experience is very enduring but the highway ride has some disadvantages. The bike starts shaking whenever it touches a speed of 80km/hr and above and the rear part starts vibrating heavily.

The bike very matches the demand of a daily city rider right from the teenage boys to the elderly person with ease. So any body wanting or aspire to purchase a bike in this range can go for it without thinking much.

Note: Always drive with helmets on for both the riders. And it is advisable to ride at an economy level speed for better performance.

So Guys go get it. But drive safe.