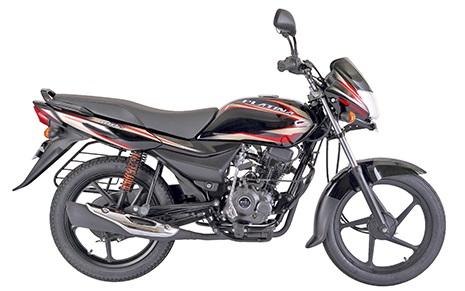 Bajaj’s entry level offering in the 100cc segment, Platina has got a refresh and more importantly a new engine which brings about some out of the world changes to its fuel efficiency figures. The company has launched a new variant called as Platina ES, which, according to Bajaj’s claims, is the most fuel efficient motorcycle in the world!

At a price tag of Rs 45,431 (ex-showroom, Mumbai) you get a motorcycle which comes at an ARAI-certified fuel efficiency of a whooping 96.9 kmpl which is just a shade less than a ton and makes it the highest among any production 100cc motorcycle in the world.

Bajaj tells us that they conducted a global study across 50 countries and checked over 500 models via country specific manufacturer websites, industry bodies and certified automotive publications before putting this tall claim. Though it is still to be seen how the bike performs in real world conditions as this is not for the first time the company has shared such astronomical FE figures. 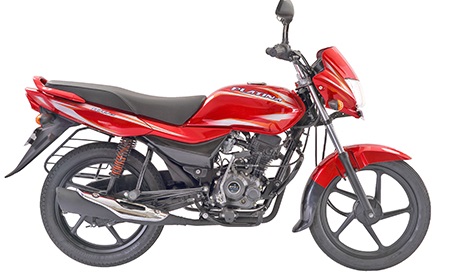 Powering the bike is the new 102 cc DTSi engine which churns out 8.2 PS of power at 7,500 rpm and 8.6 Nm of torque at 5,000 rpm. Weighing just 108 kg, the new Platina ES can hit a claimed top speed of 90 kmph. It would, possibly, be for the first time that a motorcycle has a higher rated fuel efficiency claim that the top speed it can achieve. 😀

New Platina ES is available in the following colour options: 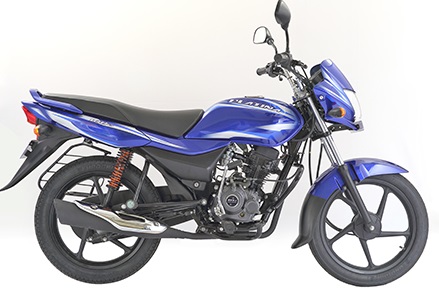 Bajaj tells us that they have sold more than 50 lakh Platinas so far and hopes that this new offering will save them from their falling domestic sales in the 100cc segment. Apart from the new engine, it also gets electric start and minor cosmetic changes to make it look fresher!