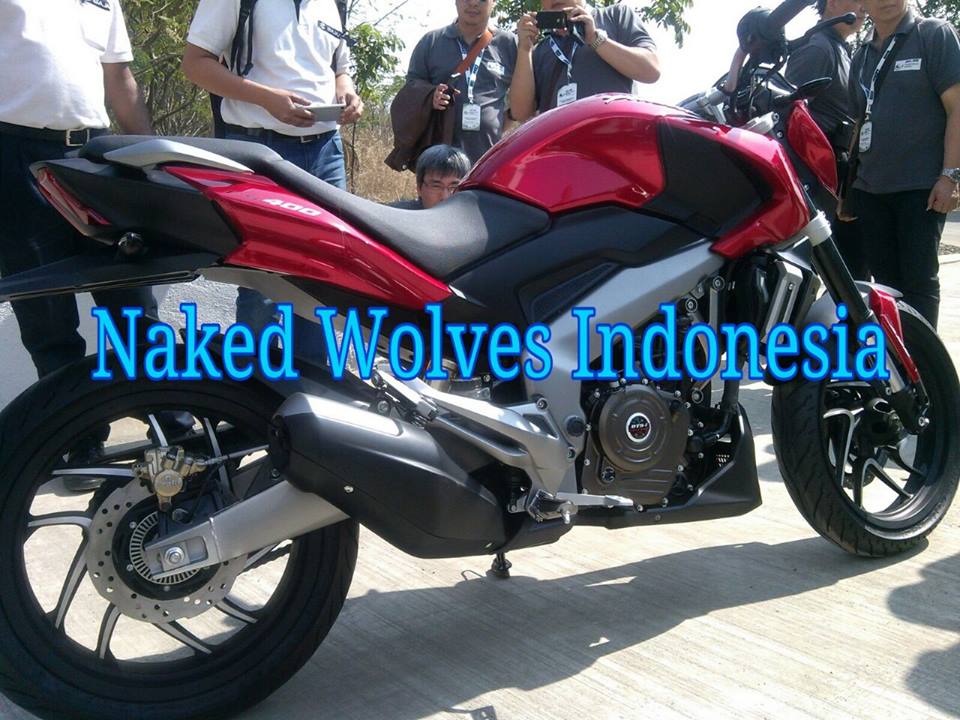 It appears that, apart from India, all other countries have become dearer to Bajaj. This can be understood by the fact that they have unveiled the next-gen Pulsar 150NS, Pulsar 200SS as well as the latest Pulsar 200AS (adventure sports) internationally, ignoring its home market! 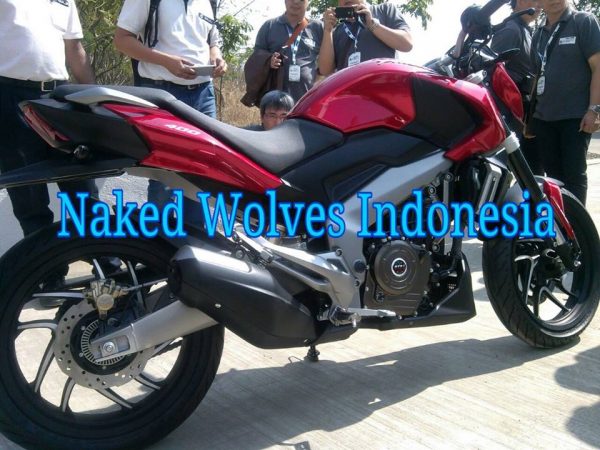 Nonetheless, another motorcycle which created a huge furore at the Auto Expo in 2014 – the Pulsar 400CS in Delhi, has been snapped once again, possibly at some local showcase event in Indonesia according to this pic by Pulsar 200NS Indonesia.

The motorcycle still appears to be a concept and in the same state as it was shown in February 2014 (pic below). The angle of the photograph accentuates the length and curves of the motorcycle which flaunt a very natural muscular stance without any unwanted melodrama!

The 400CS also gets the same engine from the Pulsar 400SS, which is based on the Duke & RC390’s 373.2cc liquid cooled single cylinder motor capable of churing out around 44PS of power. For the Bajaj’s siblings these power and torque outputs are expected to be a wee bit lesser but anything over 35PS would make them stonker of motorcycle twins..

Unlike others including Pulsar 400SS, Bajaj has not talked about the Pulsar 400CS much and it appears that they will launch the motorcycle in Indonesia as well, apart from India. Launch is NOT expected this year and an early 2016 launch is what we expect at this point.