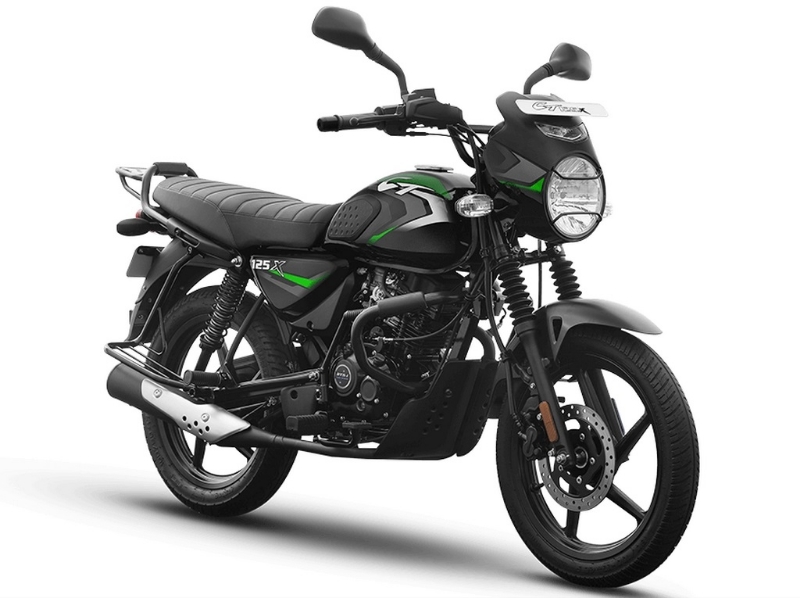 Bajaj CT125X price is almost Rs 5000 more than the CT110X but is fairly cheaper than Honda Shine. It joins the Pulsar 125 in Bajaj’s 125cc motorcycle line-up…

As was in the news, Bajaj has silently launched its new CT125X in the market – just ahead of the festive season. The rugged commuter comes with a 124.4cc, single cylinder engine that churns 10.75 hp of peak power at 8000 rpm and 11 Nm of max torque at 5500 rpm. This is the same engine that the older Discover 125 was offered with.

The CT125X comes with a 5-speed gearbox along with an ‘Intelligent Carburetor’ in place of fuel injection that has almost become a norm after the Bharat Stage 6 emission norms.

The CT125X gets a very similar styling as the CT110X which means there is a round headlamp with LED DRL on the visor. The engine, alloys and exhaust are blackened and the seat gets a ribbed pattern. You get two options to chose from – front 130cc drum brake or 240 mm disc. Since it is a 125cc motorcycle, it gets CBS (Combined Braking System) in place of ABS.

At that price tag, it costs almost Rs 5000 more than the CT110X but is significant cheaper than Honda Shine – the largest seller of the segment.

There are three colors on offer – Ebony black with green decals, blue decals and red decals.