Bajaj is on a roll with their Kawasaki Ninjas doing well in the country. Bajaj as a matter of fact is aware that their bikes are doing well in the country and thus they are planning to roll more models and variants of Ninja. Bajaj Probiking, the second largest retail outlet in India, is contemplating to bring Ninjas in more variants and probably of higher displacement. Grapevine has it that they may bring in a Ninja with an ultimate 600cc engine displacement. 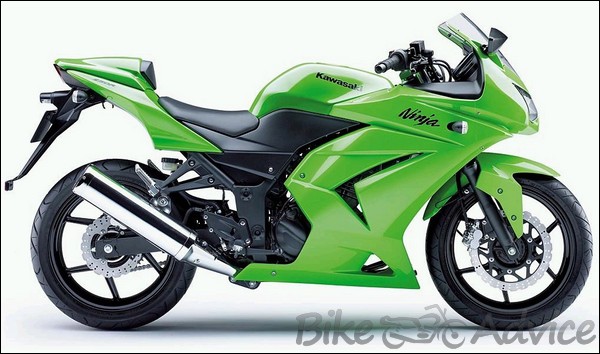 After seeing the success of the bike in the country, Bajaj has decided to increase its supply in Indian market. Mr. Gaurav Rathore (Head of Sales) said that the details regarding bringing Ninjas excessively and in more variants are being worked. Recently Bajaj celebrated the occasion of 1000 Ninjas on road in Andhra Pradesh.

Rathore further added that 1000 bikes of Ninjas were sold only within a year of launch. Out of these 1000 Ninjas, A.P alone accounted for 100 Ninjas. He also said that the company is looking for similar response in coming year. It is clear from this statement that Bajaj is happy with the bikes performance and will bring more Ninjas in future.

At last Rathore commented that the Indian Super-Sports bike market is showing great signs of growth for the company and they are planning to bring in Rs.12- 13 lakh range of bikes in future. So hang on riders and wait for the some more Ninjas, we cannot tell if Bajaj brings in Ninjas with higher displacement engines or introduce the world to yet another masterpiece.