Well this is more of my experience with bikes and a bit detail about my current ride than an actual “review”, so please bear with me.

The Beginning: My fondness for bikes seems hereditary as my father and then my brother have always been very passionate about bikes. Anyways… it all began when after many days of dragging my elder brother, he agreed to give me my first biking lesson. 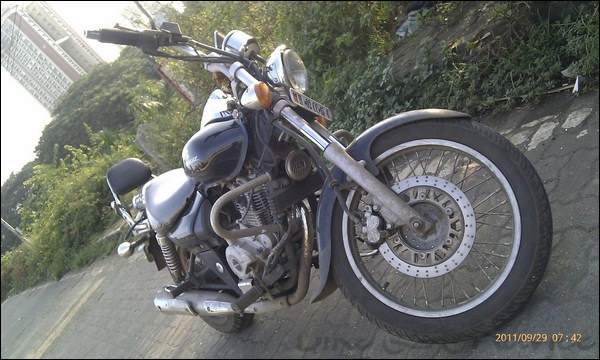 The bike was a 2-stroke Kawasaki RTZ, an original Kawasaki make of the 80s unlike the later versions that Bajaj built locally. We went to a colony at early morning that had nice roads and sparse traffic of Lucknow. After few rounds of slow and steady learning I raised the speed to 60 (too much for me for the first time) and thus established my guild with bikes. My love for being on a bike with the wind in my face had grown only since then.

The year was 99 and father bought a Bajaj Caliber. There were no pulsars to envy. Caliber had brought a whole new style which was only attempted and failed earlier with the likes of Sleek. One day after driving the RTZ for some months, I asked him if I can have the new one and he happily handed me the keys. And the second affair began. I love this bike a lot as this was my companion in my last year of school and also throughout my four years of engineering.

I’ve many fond memories with this one. Been on it with friends on so many trips, teenage adrenaline fueled races, breaking my own time records for home to college, rides with my girl, just saving myself from horrible accidents and then failing at times too to return with bruised knees and elbows. Still never stopped driving it as fast as I could. I still enjoy riding it whenever I go home on vacations.

College life has ended. Time to start working. Place? Mumbai: City Of Dreams. As this was the most populous city with the most irritating traffic, Mother didn’t approve of my bringing over the Caliber here so I didn’t have any access to any bike for two years. 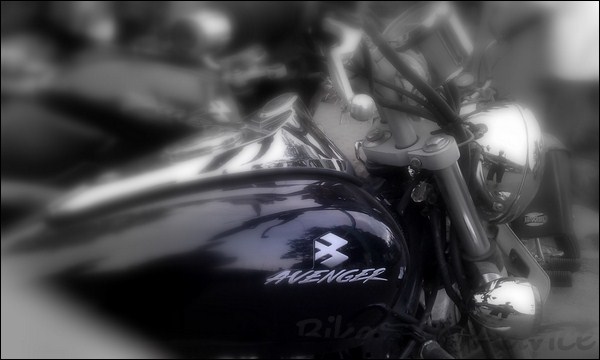 Then one day my elder brother (in Pune) gave me the news that he was to travel to foreign locale and that means I get to get his Pulsar 150. Once again I was elated. Speeding on Western Express Highway at 80 plus everyday was no more a dream. Spent almost a year with it and then I had to leave for a foreign travel as well for good enough time.

While there, I saved a sum that made me think that it’s time to own a bike of my own. My preferences were R15, Fazer and P220. Kept checking forums (thankful to the ones here at bikeadvice) as well as referred with friends and family. Soon I decided that on return I’m getting an R15. 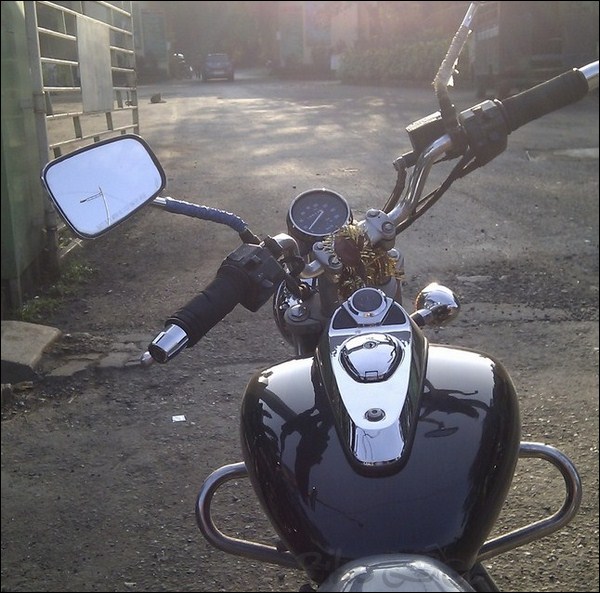 But things turned evil on return when I went to the Yamaha showroom and they said R15 has a waiting period of 2 long boring killing months. By this time many suggested that I should get the Fazer instead of R15. So I looked for that too. But same result. Then one day I thought why not revisit the P220, which most have suggested against. At the showroom, I saw this Avenger 220 glaring in style. The sales executive praised it a lot and suggested that I should consider that instead of the P220. Also that this was available within a month. As it always had been a “Hamara Bajaj” in our family so I was bit assured about it being hassle free. Then after reconsideration and after few days of further research and yet some hesitation I finally booked it.

And here comes the Cruiser…

After a month and sixteen days I finally got my own cruiser. Went to collect it with my girl and then we headed straight for a temple. This was the first time that I was actually driving this bike (Yes, I’m stupid that I didn’t take a test ride), so I was very nervous. The stance was very different from any of my earlier bikes and it was heavier too. Yet it was so comfortable. I was exhilarated. 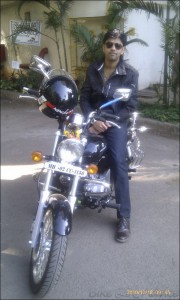 Thus started the run-in period which I was hoping to get over soon (:)). Few weeks later I decided to take the cruiser on a cruise. Destination was Kashid Beach which is roughly 180 kilometers and Google map says would take 3 hours to reach. But Google doesn’t take into account Mumbai roads and traffic. We started early and reached there by noon. But the delay was also as I didn’t cross 65 anytime as the bike was still in the run-in period. Had it been any other bike I would have surely got a sore ass, but with the “Feel Like God” bike it was different. Even the pillion rider was very comfortable. Return journey was quicker as we were familiar with the road and I was more confident with the bike.

Another time I and my friends decided to have ride at night to marine drive which was like a breeze on the avenger due to lesser traffic and thus no handling problem. This bike sure catches the attention fast and you do get envious looks.

Next time I put the bike to such test was when mother came to visit me and I drove her starting from the western suburbs up till Gateway of India while stopping at various places and then return back and thus covering 80 plus kilometers within a day ( it’s too much for me). Apart from this, I ride it daily from home to office covering a span of around 8 kilometers one way.

As the bike has been around for a while and there had been so many reviews earlier, I won’t go into the technical specifications any further.

As Enfield is a class of its own and Enticer is no longer there, I won’t compare it to any other current bike in market as it’s really one of its kind unless you bring the other high end cruisers from Yamaha or Harley into consideration and then it’s just a baby and a lot cheaper too. The design, the style, the comfort, the handling, all is very very different from any other bike that you can put your hands on.

I would summarize my experience with the bike in short below:

Pros: For you to Oooooh

If Only it had…

Sometimes when I see people driving R15 or the recent hype with CBR 250 and then the R15 2.0, I think that I should have bought some sports kind of bike as that’s what I wanted always and as it also suited my height but believe me when I ride at even 60 plus and look at the console atop the fuel tank, the view (In the picture below) I get, is truly what will make you “Feel Like God”. 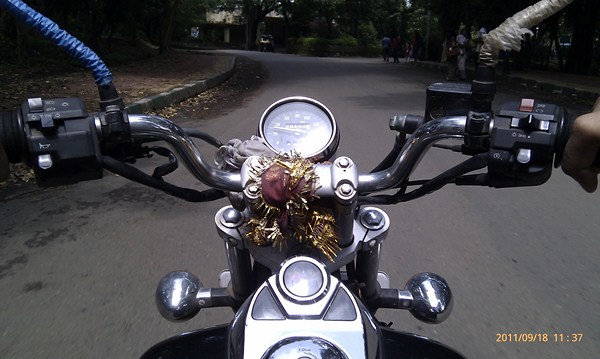 PS: Going by the trend maybe the next one will be a Ninja. 🙂