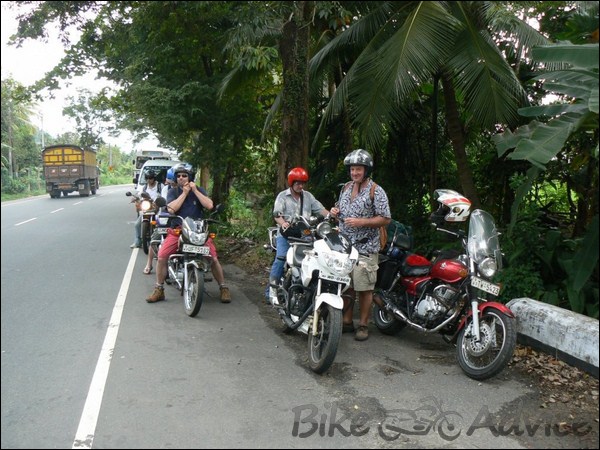 This article is meant as an owner’s overview for a motorcycle that has been in use for over five years. In fact, it’s about TWO such bikes. The first one I bought new in 2007, the second one I bought second-hand in 2010, but was bought by the original owner also in 2007. The first bike has done nearly 100,000 km. The second one about 65,000 km. So, while it is my opinion, it is based on the extensive use of two identical bikes, which should add value.

A Bit of History

I’m an ‘old’ motorcycle rider – nearing 60 years of age – with a long standing record of motorcycles owned. I bought my first bike over 40 years ago, when I had just become 16, the legal age limit at that time in my home country, Belgium. Forcibly, at that time, it was a 50cc moped, a Zundapp, in shape pretty similar to a standard 100c Bajaj Discover. Two years later, at 18, I was legally allowed to take my exam for a driver’s license, extending the possibilities for larger bikes. I had a 250 cc first, followed by a 350 cc, until in 1978, I spend some time in the USA, learning to drive Harley. And it was indeed a steep learning curve, even if it was ‘only’ a 750 cc HD Sportster. Back home, I started saving to buy my own one, and a few years later I finally owned one. Again a HD Sportster, but at that time with the new 883 cc engine.. And really, I never had a craving for what many people would call a ‘real’ Harley, with an engine twice that size.

In 2000 I had to sell it, since I was emigrating to Sri Lanka, and such ‘heavy’ bikes were not allowed there. In Sri Lanka, I bought a Yamaha Virago, first 125 cc – which was too light – and then a 250cc model. I loved it, but was put back by the difficulty of finding spare parts. Most of it, I needed to import from Singapore, which was not only expensive, but also time consuming.

Why did I choose the Bajaj Avenger?

Well, I was looking for two things: a cruiser, and easy maintenance. While there were several options for a cruiser, like the Yamaha Virago and the Honda Rebel, spare parts and a good mechanic were rare. My choice for the Avenger was mainly inspired by the existence of an island wide service network from Bajaj. Although Bajaj did not have a good reputation in Sri Lanka for durability, compared with Japanese bikes, I gave it a shot… and I never regretted it. 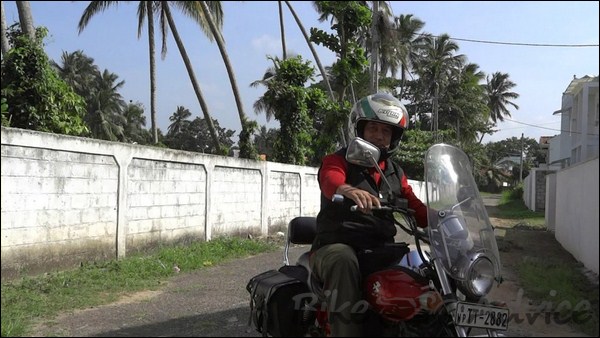 With the first bike, after a few months, I had a leakage in the front suspension. The service station inspected it thoroughly and found a little hair crack in the suspension pipe. It was replaced under warranty. Three years and about 70,000 km later, I bought the second one. Now, in 2013, after having well over 150,000 km combined on both bikes, I can honestly say that, beside the normal routine replacements, both bikes have shown an outstanding record of durability. I’m sure the early cooperation of Bajaj with Kawasaki – after all, the Avenger is a modified Kawasaki Eliminator – has had a tremendous influence on the quality of the bike.

Perhaps I have been lucky, but two bikes in a row… it does prove something. The ONLY weak point I found – and this in only one of the two bikes – is the cable of the odometer, which had a tendency to break at irregular intervals, but always too early. Finally I stopped replacing the cable, and am now using a little GPS bicycle computer, which gives me my speed and mileage.

The good and the bad

What’s bad?Both bikes are running now on their second odometer, the first one being replaced after about 50-60,000 km. Well, at least the second bike is still running on the odometer, while on the first one it’s just a gadget. What I did replace on both bikes rather quickly, are the standard tires. I don’t know whether these come from India, or are locally mounted in Sri Lanka, but the standard MRF tires are very hard, of an extreme durability (60,000 km and more), and hence, provide little grip on the road. After a few accidents (slipping) I had them replaced by ‘soft’ tires, which only run about 15-20,000 km, but give me a superior road grip, and hence, safety. When I bought the second bike, that was also the first thing I did. 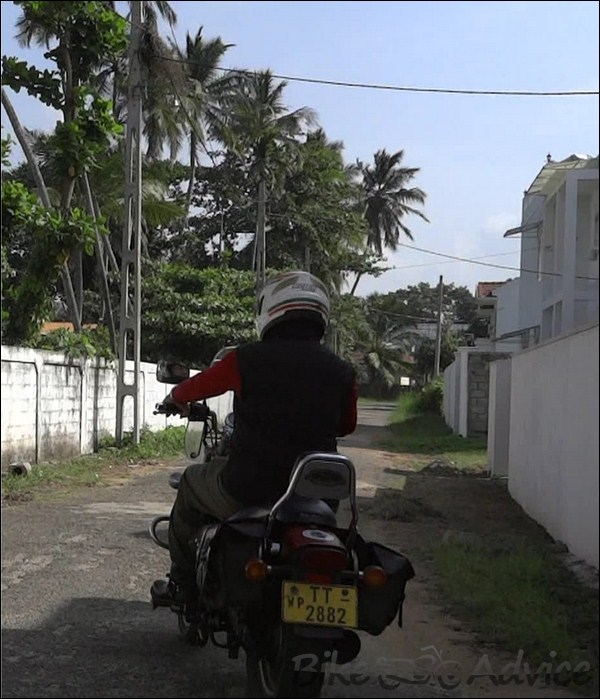 Rust is a bad characteristic, probably of all Indian bikes. Compared with Japanese bikes, the steel quality is poor with respect to rust, so this is something that needs constant attention. At this very moment, both silencers need replacement, as the silencer pipes start getting ‘extra’ holes.

The only thing that I don’t like is the seat. They are not poorly made (I’m still using the original seats, although one of them has recently received a new cover), but poorly constructed. I get a sour bum when I ride longer than two hours, necessitating more frequent stops to stretch my legs and give a bit of massage to my bottom part. Unfortunately there’s no one in this country that seems capable of making a new higher quality seat, and importing one from Europe or the USA, and fitting it on this model is just outside my budget. I tried with a gel pad, which helps a bit, but still, doing 300 km in one day is a painful affair.
That’s all.

Actually, all the rest that follows.

In recent months, the bike was taken on a 4-month 5,000 km tour, two-up with luggage, visiting all corners of Sri Lanka. Besides replacing the chain and both sprockets – for which it was the right time to do – the bike behaved exemplarily. For Sri Lankan roads and traffic conditions, you could not find a better touring bike, as long as you make the days not too long (see the bum problem described before). In a country where you have ‘real’ limited access highways, and a much higher average speed, it would probably not be such a good bike. Maintaining up to 70 kmph on good roads is very comfortable.

In the mountains, when things get a little steep, the third gear (and occasionally the second gear) will be the main player, rather than the fourth and fifth gear. Keep in mind that the fifth gear is more like a kind of overdrive: it doesn’t give you more speed, but merely a good fuel consumption.

Super ! On the recent tour, with two people + luggage, the bike maintained an overall average of 48 km per liter, consistently. Riding alone and without luggage, including a good part of heavy city traffic, it is consistently above the 50 km per liter mark. Not bad for a bike that has done 100,000 km.

Keeping in mind that it IS a cruiser, the handling is impressive. I’m not talking about high speed cornering. It’s not a sports bike. But the general handling on the road is excellent. Even in heavy city traffic, the bike is performing well for a cruiser, but would probably compare poorly versus a versatile little scooter.
So, if your main use is longer trips, and you want that ‘easy rider’ feeling, this is your bike, unless you can afford the ‘real thing’, i.e. a Harley.
If you want to make an impression on the girls. Just forget it. I have tried it for decennia. It fails. The girls are looking at the rider; it’s the other boys that look at your bike. So if you want to impress the girls: dress up with a good biker’s jacket, rather than buy an expensive bike. Much more effective… and a lot cheaper. Save your money to buy them drinks and food.

None. I have always drive the bike standard, as it comes from the factory (except for the tires). Most of the time I’m having saddle bags on the bike. Since I don’t take them off often, I mount them under the seat. To keep them nicely in shape, I had two little frames made (rectangular about 30 x 20 cm with rounded corners) which I screwed on the side. Further I have a small tank bag with my tools, a few spare parts (like light bulbs), and a copy of my papers. Lastly, the bike is equipped with a GPS on the steering handle for longer tours, and the little GPS bicycle computer for continuous readout of the speed and mileage, as well as keeping a tracklog of the route.

To my initial surprise, the Bajaj Avenger has proven to be an excellent bike, which has been used intensively for both commuting as well as touring. It is comfortable, can take a lot of weight (I’ve done extended trips two-up, as well as long camping trips alone, with all the gear on the bike), and does so in style. For an easy-rider feeling at a budget, don’ look further. You’ll be getting a lot of bang for your buck.