Bajaj Auto, the country’s second largest producer of two – wheelers has decided to maintain its high growth momentum in the sub – continent. In order to keep up the sales figures high for the year 2012 – 2013, the company believes that launching new bikes would be the most ideal solution, taking the present market scenario into consideration. 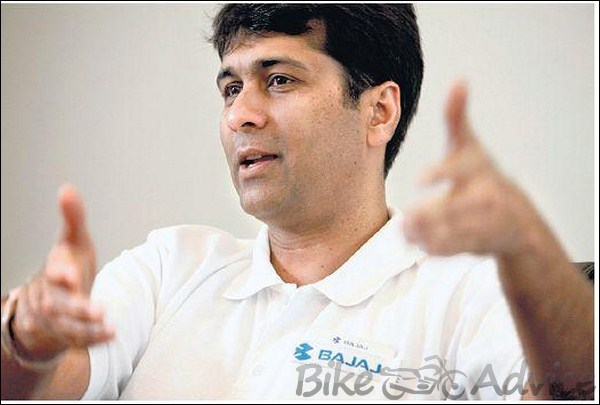 “We expect this initiative to bring enormous energy into our system. Customers who visit our showrooms will hopefully be impressed with what they see and overall sentiment will be lifted in the process,” Mr Rajiv Bajaj, Managing Director, told Business Line in an exclusive interview.In less than a week (30th of this month), Bajaj will launch the next generation Pulsar series which will be placed to fit in the mid – sports category. This is as part of the celebration for the 10th year anniversary of Pulsar which has made the company grow leaps and bounds, not only in the Indian market but across several other nations as well.

“I am confident that the new Pulsar will be the most stunning sports bike in the world. It is also my belief that as much as DTS-i took the market by storm, the new technology in the Pulsar will shake up the market this decade,” Mr Bajaj said.

Mr. Bajaj had already announced that the next generation Pulsar will be based on a whole new platform and will be an entirely new series of bike by itself. Also, there will be another new product getting added to the company’s portfolio by the month of June. This time, there are high chances for it to be the Discover series which will get a massive change – over.

It can also so happen that the same technology and platform on which the new Pulsar would be based on would get transferred to the Discover breed as well. The brand currently has 3 variants, viz 100, 125 and 150cc which are all majorly used as commuters. Discover, as a brand is known for its refined engine and enhanced Fuel – Efficiency.

“Our strategy is to be a bike specialist. We have every reason to believe that 2012-13 will be an exciting period where we can produce something special for customers both here and abroad,” Mr Bajaj said.

Bajaj’s revenues from foreign markets is a whooping 35 [per cent as of now and will more likely see a rise in the days to some. Africa has already been identified bu Bajaj Auto as the key growth driver, in addition to its operations in Asia, while the KTM association could help Bajaj Auto make inroads into Brazil as part of the bigger Latin America journey.

The business newspaper, Business Line also reported ‘The company hopes to wrap up this fiscal with production of over 4.4 million bikes and three-wheelers and the new launches in 2012-13 are expected to give a fillip to the growth tempo.’

The company is also looking up on opening fourth plant but it seems to be in no hurry. The reason for this is the fact that the 3 facilities at Chakan, Waluj and Pantnagar which are presently operating are sufficient for the company in meeting up its present demand.