Off late, all Indian 2 wheeler makers has been either venturing new markets outside the sub continent or strengthening their presence out there. Bajaj Auto, which is India’s second largest two wheel maker is more likely to set up an assembly plant in Indonesia in with the view of increasing its market share in South East Asia, which is the world’s third largest two wheeler market. This fact makes every company to mark their presence in this part of the globe. 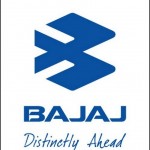 The report states that the Pune based firm is looking to spend $150 million which equals a whooping INR 675  crore to set up the facility. The report quoted Tomotaka Ishikawa, president and director of PT Bajaj Auto  Indonesia (PT BAI) as saying that the plant, which would be the company’ first major facility outside India and  shall be ready by late 2013. The proposal would be approved if the Indonesian unit keeps monthly sales above  3,000 units. The Indonesian media quoted Ishikawa as saying “My target is that by the end of the year we will  be convinced to have a complete knock-down operation in Indonesia.’’

However, there was no comment from the company’s side when asked if the investment will bring a new plant  or upgrading the existing plant which assembles Semi Knock Down (SKD) parts.

PT Bajaj Auto Indonesia (PT BAI), on which Bajaj Auto holds a stake of 98.94 per cent assembles 3 successful brands of Bajaj, not only in the Indian market but outside India too.

“The Customs duty rates for SKD and CKD (completely-knocked down) operations have been reduced by five per cent from December 2010 by the Indonesian government. With the addition of Pulsar 135 and Pulsar 220 to the model line-up and increased local sub-assembly operations, the subsidiary would be in a position to reduce its losses in 2011-12,” stated Bajaj Auto in its annual report. PT BAI has accrued a loss of Rs 92.17 crore since it began operations in 2006-07. Last year, it posted a loss of Rs 9.35 crore.

Just to prove how successful is the company in Indonesia, here is a small data.  Last year, the firm sold 81 per cent more bikes in Indonesia at 21,586 units, compared to 11,954 units in the corresponding previous period.