According to Bajaj Auto press release the company has major plan for expansion of its dealership network in Tier II city and it is also going to upgrade its service centers throughout the country. The company wants to add another 130 dealership which will make its total tally of dealership to more than 600 by the next festive season. It will also create 7,000 new jobs.

The company is working with reputed international retail design agency to give an unmatchable experience of dealership. The strategy is similar to Bajaj Auto did with its Pro Biking Dealership but this time the company is focusing on its commuter brand Discover. 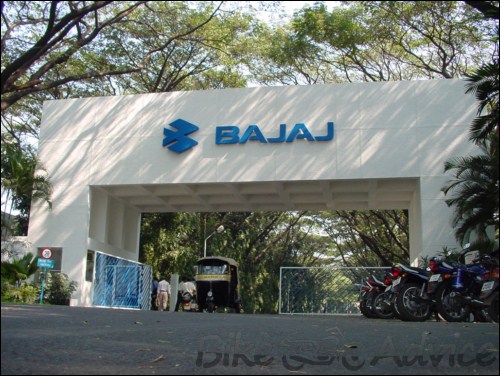 S Sridhar, President, motorcycle business of Bajaj Auto said “We are well placed in terms of distribution as far as premium brand Pulsar is concerned.

On the other hand Discover, which is a mass commuter, has huge potential in the smaller towns. While the Discover growth in terms of volumes and market share has been outstanding the next big boost will come from increasing the share in these towns and in rural India which account for more than 50 per cent sales of this category”. He also said “Our competition is very well established in small villages with population of 5,000, which are connected to small towns. We have a lot of thrust in taking our dealerships to Tier-II towns.

In the first phase the company will expand its dealership in states like Gujarat, Maharashtra, Tamil Nadu, Andhra Pradesh, Madhya Pradesh, Jharkhand, Rajasthan and Bihar. The major focus will be given to smaller towns and villages which has population of 25,000 or less.  Currently Bajaj Auto sells more than 2, 00,000 motorcycles per month in domestic market. The major part of sale comes through the Discover brand.

Commenting on Discover brand Sridhar said “One should have a product which customers find reliable and enjoyable. With Discover, we now have a superior product that can be marketed across India. Our major focus is on Discover, but we will also showcase Pulsar in the new outlets”. He added that “The Discover brand, which now has 24% of the market share, will play a pivotal role in this growth. Our aim is to reach to 30% market share by the next Diwali”.

According to the company press release a typical Bajaj dealership in these towns requires 1800 sq ft. of showroom space, 2200 sq ft. of workshop space, and has the direct employment potential of approximately 50 people which can significantly boost the local economy, this expansion in 130 towns would therefore create 7,000 new jobs in the country.

Bajaj Auto is also going to upgrade its showrooms and service centers. The company has currently 1100 service centre across India. To upgrade these service centers the company is going to invest around Rs. 75,000 to 1, 00,000 in each of them. Bajaj will introduce technologies like battery operated electrical gun that can be used during the time of power cut. The company will also provide rigorous training on technology and up-gradation to dealers and service engineers. The up-gradation plan will cost more than Rs. 18 crore to the company.

Commenting on up-gradation plan Sridhar said “The new showroom design will also incorporate the twin brand strategy of the company. This showroom up-gradation plan will be implemented phase-wise across all our dealerships over the next year”.

It seems like Bajaj is getting aggressive to expand in rural areas which is generating volumes for Hero Honda. The company is also taking steps to enhance its dealership and service centre experience, which is much needed from a customer point of view.