As per the news of Business standard India’s second largest two wheeler manufacturer Bajaj Auto has finally decided to remove family name from its two wheelers and three wheelers.

The company will not use Bajaj name on its two wheelers and three wheelers from April 2011. The idea behind this rebranding exercise is to promote individual brand like Pulsar and Discover rather than parent brand Bajaj. 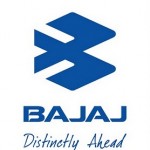 The company is also going to launch a model dealership for its new plan so that dealers can experience the new change before they transform their dealership. The entire rebranding exercise is going to cost around 21 crores to its 600 odd dealers and 1,100 service centers collectively. It will also be extended to the next generation motorcycle like Kawasaki and KTM.

Commenting on the decision Rajiv Bajaj, MD Bajaj Auto said, “Actually I don’t want that (Bajaj) name. We have already started the process so today on a Pulsar, the Bajaj name is seen only on the engine. The same is the case with Discover. Our three-wheeler has Bajaj in small font while the initial ‘RE’ is in much bigger font. One day, we will drop the Bajaj name from there also completely”.

He further added that he will make all efforts to make the bike a Pulsar and not a Bajaj. He will have Boxer, Discover and Pulsar and tomorrow KTM. There is no Bajaj name on any of them. People will still remember this comes from Bajaj, but this too will go away with time. After five to 10 years, customers will remember Pulsar and Discover and not Bajaj.

The rebranding move from Bajaj Auto will write a new chapter in Indian Automotive Industry. It is going to become first company to brand its motorcycle individually rather than having parent brand name like TVS, TATA and Honda. Apart from Bajaj Auto Hero group is also looking to rebrand its Hero Honda motorcycles after the break up with Honda.