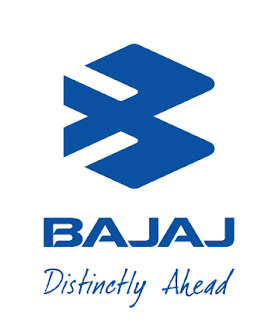 It has been another awesome month for Bajaj as they registered highest ever sales in a month. Bajaj’s roller coaster ride in the Indian market saw a new high this month as the company, which launched the juvenile and technically advanced 4 valve Pulsar 135LS a couple of months back, set some new benchmarks for them and the followers to chase. Bajaj managed to register sales of total 2,76,122 two wheelers for the month of April 2010 which were an enormous 84 percent more than 1,50,252, they could manage for April 2009. Motorcycles accounted for almost the entire pie at 2,76,095 units as compared to 1,49,733 units which were recorded in April 2009; a growth of 84 percent. If we take into consideration 3 wheelers as well then Bajaj saw an even bigger rise of 98 percent as they sold 37,350 units compared to 18,867 units in April 2009. This makes the total tally of two and three wheelers stand at a ‘never achieved before figure’ of 3,13,472 units against 1,69,119, another gigantic growth of 85 percent. But the biggest turn of events was the gargantuan (and slightly unexpected) rise of 120 percent in exports.

For the first time in the history of Bajaj’s stint, exports crossed the 1 lakh mark and stood at 1,13,911 units which were slightly more than half a lakh (51,887) for the corresponding month last year. This is a clear indication of the fact that not only in India, Bajaj is going all guns blazing in other countries as well. Recently, Bajaj launched the volume churner Pulsar 135LS in Indonesia and the response has been awaited. Pulsar 200 has been reported to be show stealer there. Coming back to India, Pulsar 135LS has become the mainstream seller for Bajaj among the whole Pulsar series and this does prove that business is done through the mind and not by emotions else such a smaller variant of Pulsar might not have made it to the market ever and we wouldn’t have been writing this news! One more thing has been made very clear that Rajiv Bajaj has come of age and has taken Bajaj to a level never achieved before. And this feat feels sweeter as it includes major numbers from bigger and expensive segments. If this is the way Bajaj has understood to march ahead, it’s not very far we see some more ‘change of events’. And with a major launch scheduled on 10 May 2010, things do look even more exciting from here on!