After playing a central role in agriculture and white revolution in Gujarat, the cooperative sector is all set to spearhead a green revolution of a different sort in the state. Through their ‘Flood E-bike” scheme, the 270-plus cooperative banks and 50-odd societies are going to offer loans at 0% interest to buy battery-charged two-wheelers. 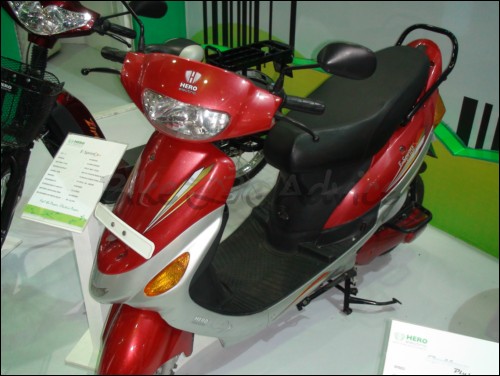 “We are going to launch the scheme within a fortnight,” Jyotindra Mehta, chairman of Gujarat Urban Cooperative Banks Federation (GUCBF) said. “In 2009, we had launched “Operation Flood IT” to promote spread of computers and information technology in rural and semi-urban areas. We were able to finance around 1,10,000 computers under the scheme.

‘Flood E-bike’ is a social initiative to promote ecofriendly transport through our member banks,” Mehta said. He added that the federation has tied up with Hero and Electrotherm for e-bikes to be offered under the scheme. Both these companies are going to offer a range of 12 models to customers of Gujarat.

“Any consumer who wants to buy an e-bike would be able to get a loan up to 70 per cent across the state. The loan amount is repayable in 12 equated monthly installments,” he said giving details of the scheme. “This scheme will also enable member banks to reach out to small and medium customers and promote financial inclusion in the state,” Mehta added.

Manufacturers of e-bikes are also happy with the scheme as now their products will be affordable to the middle and lower middle class. “At present we are selling 200 e-bikes per month. I am expecting our sales to go up by three to five times when the scheme is implemented,” said Arun Singh, business head of the auto division at Electrotherm.

“Gujarat currently sells around 2,000 e-bikes every month. Till last year we used to sell only 500 e-bikes which have increased to 2,000 in last two to three months owing to increased petrol prices. And with this scheme, sales are expected to increase further,” said Jaysukh Patel, managing director, Oreva e-bikes.

Earlier, due to non-registration at RTO, e-bikes did not have any finance scheme available, Patel said. “This scheme would be advantageous to the lower income group in particular who depend on public transport,” he said.

“Total market size of two-wheelers in the country is around two crore units. An e-bike saves a large amount of petrol. Even if 10% of the market shifts towards a greener vehicle there will be huge savings to consumers as well as the country,” said Singh.

This is an amazing step taken by the Govt of  Gujrat. A great move towards  a sustainable and a better tomorrow. Team BikeAdvice appreciates the members of this great initiative. A model movement for India at the right time.