The Indian Automobile industry seems to be very happy with the budget. The auto sector seemed all green at the budget may be because of the fact that the finance minister has not raised excise duty. Rahul Bajaj, the chairman of Bajaj Auto and all the auto industry experts has praised Pranab Mukherjee’s decision of not raising the excise duty on vehicles in the union budget 2011. 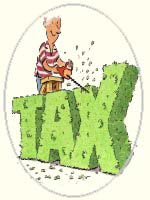 Bajaj was overwhelmed by the gesture of the FM. Rahul Bajaj congratulated finance minister for keeping the budget fair for both manufacturers and the consumers. Further Rahul said that he is indeed really happy that the government has realized the importance of electric and hybrid scooters. He was of the opinion that Indian auto market is on a large scale and it will continue to grow in the future. Mr. Rahul Bajaj said that maintaining this excise duty at the same level would help the auto sector grow further in terms of increased sales and revenue.

Mahindra & Mahindra (Automotive Sector) President Pawan Goenka also praised the budget. He said that the government has done a right thing by not increasing any further excise duty and maintaining it at the same level. He also said that this will encourage consumers and will help the industry grow. Mr. Vijay Kedia, Director of Atul Auto praised the budget by saying “”Finally, the Finance Minister has realized that hike in excise duties will result in lower demand for auto industry”. Overall, the whole auto industry is happy with the budget and with what Pranab Mukherjee has done. Well, the budget was really very good for the auto industry. Now as the excise duty has not been raised, we should not expect the prices to rise.