The upcoming Delhi Auto Expo 2012 is undoubtedly the most talked about and awaited events of the year 2012. All those who have some kind of attachment with vehicles is looking to turn at this most awaited event of the year 2012 to be held in the national capital New Delhi. Keeping the chaos in mind that can be caused during the expo the organizers have decided to limit the number of visitors to one lakh per day. This measure is taken by the organizing committee in view due to the chaos caused in Auto Expo 2010. 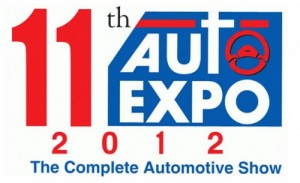 The Auto Expo 2012 will be held over a week’s period starting January 5th 2012 in Pragati maidan, Delhi. The auto expos are so much crowded which made the organizers take such a step. More that 12 lakh people attended in 10 days last time when this expo was organized causing a terrible situation. This time around the organizers have decided to cut out the aera of the expo to make it a simple affair. The expo will be spread over 1.15 lakh square meters as against 1.25 lakh sq meters in 2010.

When asked about the limit  that is fixed, the organizing committee said that there is a limit to the infrastructure that can accommodate exhibitors and visitors and thus fixing a limit over the visitor count was the need of the hour so that show can go on more effectively. As far as the general visitors are concerned, the committee said that the count would be restricted to 70k  reserving the rest of the seats for participants from as much as 24 countries and other important officials. News has it that the upcoming show will have nearly 60 new vehicles (includes cars, bikes, busses and trucks) launched.

The auto expo will serve the expectations of both cars and bike enthusiasts as nearly 24 new cars will be unveild by international players and 8 new bikes will be unveiled by the domestic players like Hero, Bajaj Auto etc.

Some of the anticipated cars to be launched are:

This expo is coming at a time when the markets are in a bad shape, the fuel prices have gone up and the manufacturers are struggling. We will have to wait and see if this event gets the response it is wishing for.