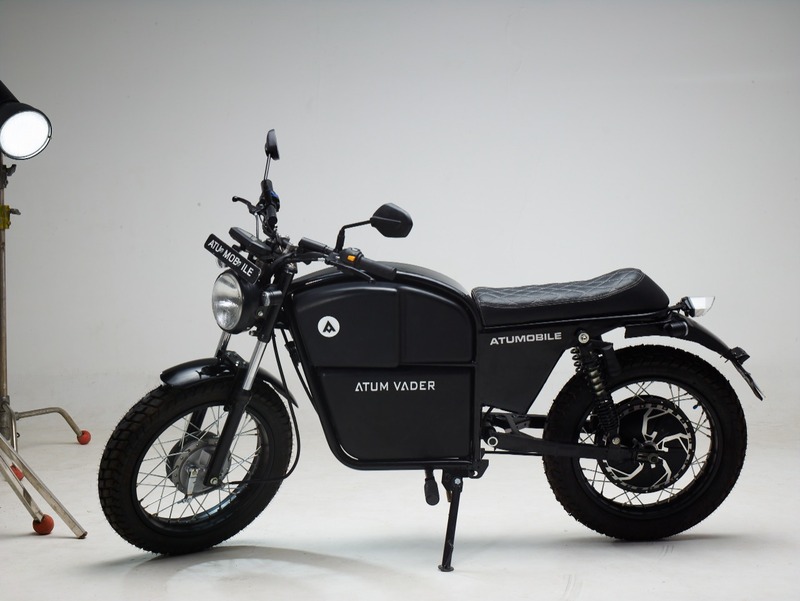 The electric cafe racer Atum Vader claims a top-speed of 65 km/h and has a range of 100 km on one single charge.

Atumobile further shared that the new AtumVader electric cafe-racer bike is being manufactured in the company’s Net-Zero manufacturing facility in Patancheru, Telangana.

The company has recently increased their production capacity from 25,000 units per annum to a maximum of 3,00,000 units. This facility, they boast, is powered by their proprietary tech ATUM – World’s 1st Electricity Generating Solar Roof which spans an area of 20,000 sq. ft. total.

Frankly speaking, the Vader looks more or less the Atum 1 – the company’s first model, with a few tidbits changed in terms of styling. Do you like the new model…?