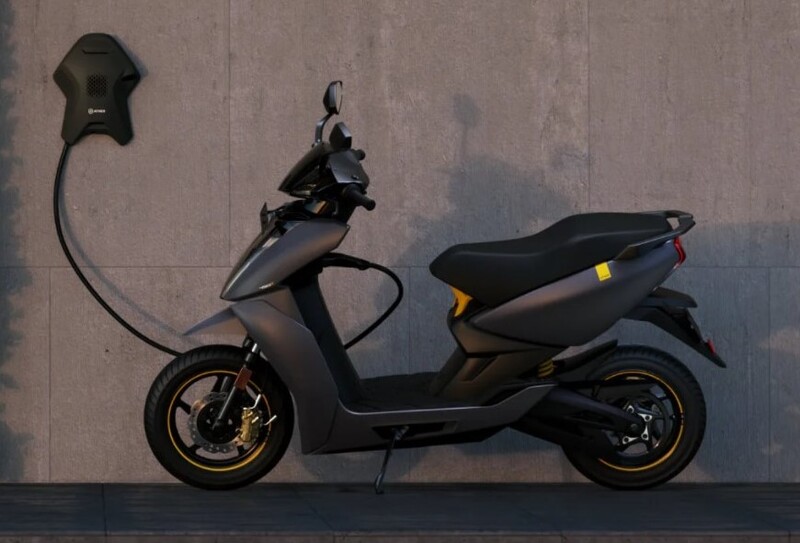 As an EV owner, one edge you have over the ICE users is that, through one software update, your bike and/or scooter could be good as new. The manufacturer could send fixes, new features, power-modes, new efficiency algorithms and so much more through an Over The Air (OTA) update and your vehicle can have a very different character from before.

Recently, Ather Energy have released and pushed a new OTA update to 450X and 450 Plus models. The new update adds a new ‘SmartEco’ mode to the electric scooters and replaces the previously offered Eco mode.

Also read: LML Is Coming Back! But A Little Differently Than You Might Think…

The new update with the new SmartEco mode is being pushed steadily through their Ather Labs app. The new riding mode will allow the Ather e-scooters to have enough power from the motor to easily overtake in traffic without having to change to a higher mode.

It is claimed that the new SmartEco mode ensures that the power consumption doesn’t exceed 30Wh/km and the owner gets to match the claimed 85 km range for the 450X and 70 km for 450 Plus models.

To get this latest OTA update, the owner has to make sure that their Ather smartphone app is updated to the latest version. Then the owner will get a push notification that the new OTA update is available, which the owner can proceed to install on the scooter. Once installed, he/she can enable the SmartEco mode from the Ather Labs page on the application’s home screen.

The new mode has a different User Interface (UI) from before where the screen shows an additional bar on the left which transitions from Blue colour to Red as the charge in battery declines due to consumption. This energy bar will help the user to understand how much charge is left in the battery to better plan out the commute and charging time period.