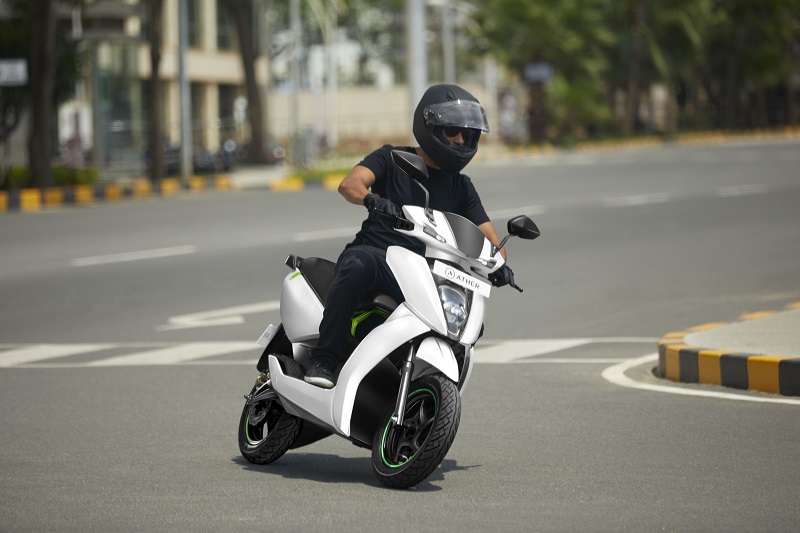 We really like the way Ather is going about its business in India. They launched their Indian operations in 2018 and kept them limited to Bangalore for a controllable reach. Two electric scooters 450 and 340 were introduced and the response can be gauged by the fact that they are sold out in Bangalore till September 2019!

Their next destination, quite logically, is Chennai. According to an official press note, Ather recently announced that they will enter Chennai in June this year. However, it looks like it has been delayed by a month. Official website now lists July as the official month for Chennai.

Ather opened ‘Pre-Order Interests’ in April where anyone who is interested in Ather’s scooters can register (irrespective of the city). These people will be given priority deliveries, early booking access and invitations to exclusive events and test rides.

Chennai will be Ather’s second city and within the next two years they have plans to be present in as many as 30 cities. Along with setting up of charging infrastructure, both the 450 and 340 scoots will be launched. Ather 450 is the flagship for the brand as of now and it comes with a range of 75 km and a top speed of 80 kmph; and a performance claim of 3.9 seconds for 0-40 kmph.

Currently, Ather has 24 Ather Grid locations with 31 charging points in Bangalore. They have also partnered with Godrej Nature’s Basket (details) where they will have their Ather Grids (across the nation).