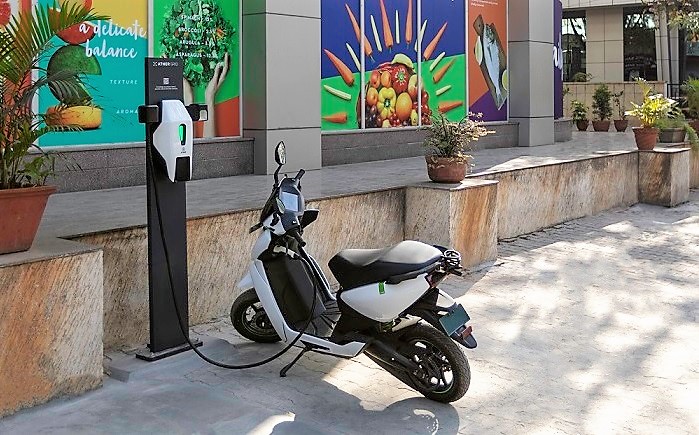 Ather Energy, the electric vehicle company, which was founded by IITans in 2013, has two scooters Ather 450 and Ather 340 in the market. They commenced deliveries of Ather 450 in September 2018. Along with these products they also launched a charging network called as AtherGrid.

Currently, they have 31 ‘fast’ charging points at 24 locations in Bangalore. Charging for all electric vehicles in the city is free till September 2019. Ather goes onto claim that most of their AtherGrid points are not more than four kilometers driving distahce away from each other. Which means that you can take your scooter out on the road without the fear of running out of power as some or the other charging point should be close by.

To spread their network pan-India, Ather has announced a tie-up with Godrej Nature’s Basket grocery and fresh-food store. Godrej has these stores at 35 locations in India and the first charging station is already operation in Sadashivnagar in Bangalore. These will be fast-charging points which will give Ather a nice opportunity to spread the electric charging network out of Bangalore.

Ather has also announced that their next city of foray will be Chennai. But ahead of the commercial launch of their scooters, they have plans to have 10-15 charging points ready. They also share that they are seeking partnership opportunities with ‘progressive minded institutions’ for setting up charging stations.