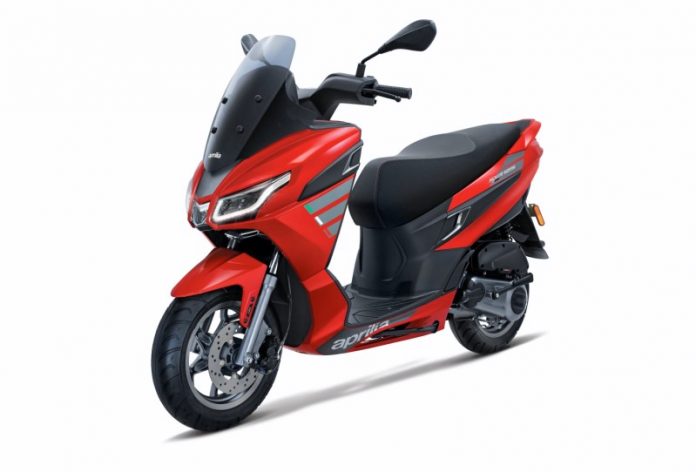 Aprilia SXR125 bookings can be done at the company’s website or dealerships. It carries over the same styling and feature set of the SXR160…

For some reason, Aprilia, the Italian 2-wheeler maker which we know for its spectacular motorcycles, also believes in the scooter-way to penetrate the Indian market. The good thing, however, is that it is not launching ‘just-another’ scooters.

After the successful SR brothers, Aprilia has hopped onto the maxi-scooter bandwagon with the launch of the SXR160 few months back. And as already confirmed by the brand, it is being followed-up by its smaller sibling – the SXR125.

Aprilia has opened pre-bookings of the 125cc scooter in India which suggests that the launch is round the corner. The SXR125 looks exactly like its elder sibling and carries almost very similar set of features that include all-LED lighting (split headlamps, LED DRLs), wide 12 inch tyres, etc. In fact, even the four colors – Matt Black, Glossy White, Matt Blue and Glossy Red are same.

However, since it ducks under the 125cc category, it is offered with CBS (combined braking system), instead of the costly ABS (antilock braking system) that is mandatory in 160cc 2-wheelers. This would be a big cost reduction.

The SXR160 costs Rs 1.27 Lac but the 125 needs to be a lot cheaper as its direct rival – the Suzuki Burgman Street is priced only at around Rs 86,000. However, we do not think that the baby Aprilia will try to compete with the Suzuki in terms of pricing.

Bookings can be made with a pre-payment of Rs 5000 either at the company dealerships or online at the official website.

How Many 100-250cc Motocross Bikes Did Kawasaki Sell Last Year?