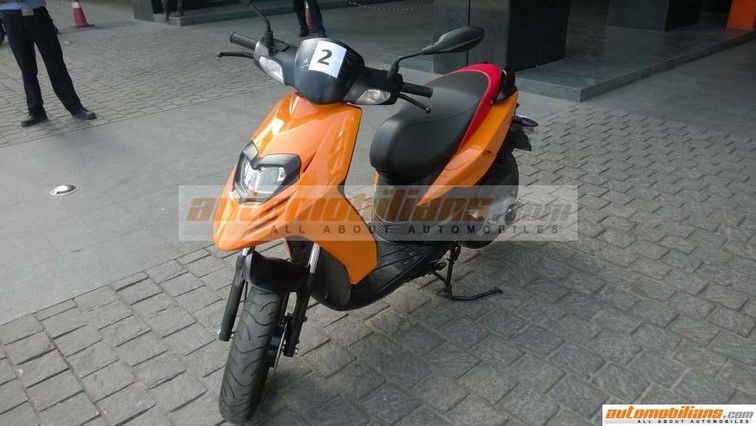 Aprilia’s upcoming SR150 is one of the most anticipated scooters of recent times for the Indian two-wheeler market. With killer looks and the legendary sporting heritage of the brand, it has the potential to kick start a new revolution in the arena of premium automatic scooters. Showcased for the first time at the Auto Expo in February, the SR150 is slated to be launched in August.

The scooter has been clicked in uncamouflaged state recently by the folks at Automobilians. Powering the Aprilia SR150 is the same mill from the Vespa 150s where the single cylinder engine churns out 11.6 PS of maximum power at 7,000 rpm and 11.5 Nm of peak torque at 5,500 rpm. We do expect that the SR150 will get a different tune to suit the younger enthusiasts. After all it claims to be the country’s first sport-scooterbike! 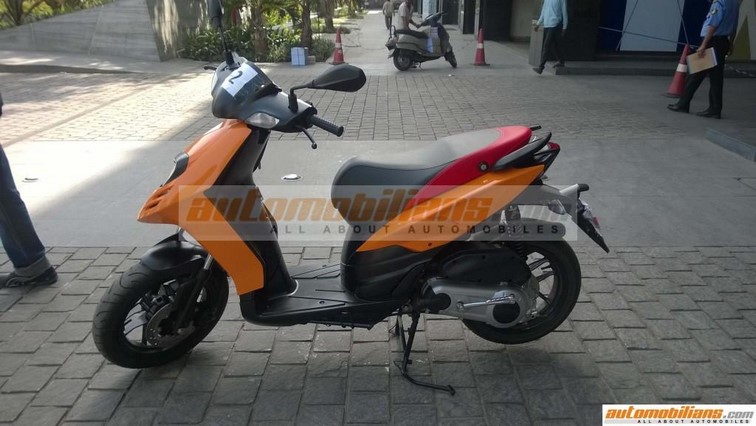 Production for the premium scooter has already started. Ever since the fall of the mighty Bajaj Chetak and Honda Eterno, 150 cc scooters have been non existent India, at least until September last year when Piaggio re-ignited the segment with the launch of Vespa VXL 150 and SXL 150. The SR 150 is also set to be the first Aprilia badged product to be manufactured in India with production taking place at Piaggio’s Baramati facility in Maharashtra.