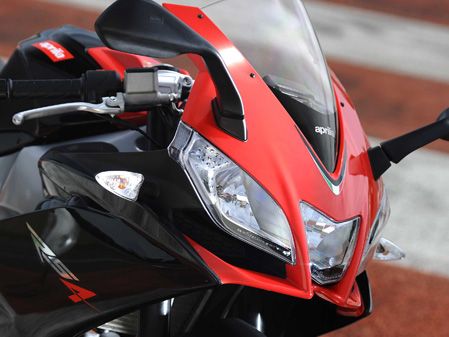 Piaggio, which owns the motorcycling brand Aprilia (along with Vespa), surprised everyone when they priced the SR150 scooter under Vespas. But that has also meant a very good start to the Italian brand which is known for their superfine Italian motorcycles.

There have been various speculations about the possibility of Aprilia introducing motorcycles in India, a specialisation which they are known for. However, Stefano Pelle, Chief Executive and MD of Piaggio India, in an interaction with Money Control, said that their current focus is only on scooters.

According to the report, Aprilia was to launch 250 to 350 cc entry level performance motorcycles in India but they would want to establish the brand first and concentrate on what they have ventured into – the scooter segment. This is their current priority. Very recently, they introduced a special edition of SR150 and in the times to come, we may see more scooters rolling out under the Aprilia brand.

“..Not very soon, because that is something that was started, and today our priority is scooters and not motorbikes. We feel we need to concentrate on this (scooter) segment first and then later on we might also be doing something on the bikes……”

Basically, they are very correct in understanding the fact that, barring the motorcycling enthusiasts, Aprilia is not a very popular brand in India like say, Kawasaki, Yamaha or even the new entrant BMW. So, before moving into something new with motorcycles specifically for our market they will want the brand to be better propagated. After which they may venture into motorcycles….