Aprilia is an ace Italian motorcycle manufacturer currently ranked world no.4 as far as motorcycle manufacturing is concerned. The Italian company will be bringing their new RSV4 Super bike to India in December 2010.  As far as the sources go, Aprilia will be announcing the launch of their new super bike in December 2010. Let me just give you a briefing about how the bike is going to be. 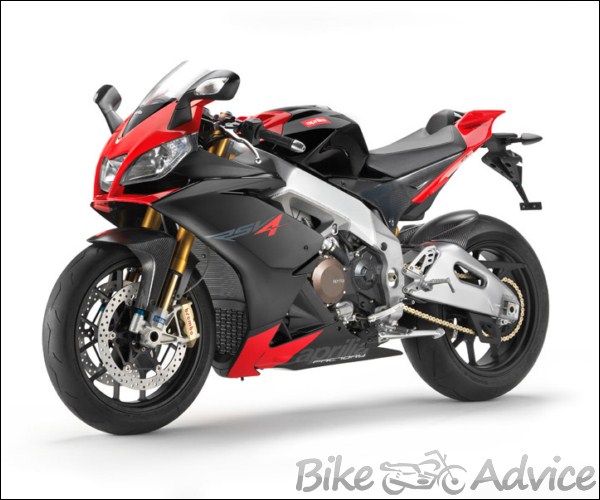 The RSV4 Factory Super bike sports 999.66cc V4 Engine that is capable of producing a massive power of 180Bhp. The Super bike weighs around 179 Kgs and produces whooping amount of power and speed.  As far as the name goes, “Factory” refers to the raw power and the use of exotic high end elements to give riders a raw experience of a lifetime. Aprilia has used oodles of carbon fire which will ease the biker ride safely by considerably reducing the weight. On the contrary, the use of electronic array will make the riding experience fun and soothing.

Though the price of the bike cannot be determined at present, it is estimated to be competitive considering the presence of big rivals like BMW and Ducati in the Country. Aprilia will be announcing its launch in December and the motorcycles will go on a sale early next year. Aprilia will use the Piaggio network to market and sell these super bikes. It further plans to sell these super bikes throughout the country from varied service centers. The first set of these super bikes will come to a service center at Pune and the work is already underway.  Well, we can expect Aprilia to announce their super bikes soon and if they get good response who knows they may bring more super bikes to Indian Market.