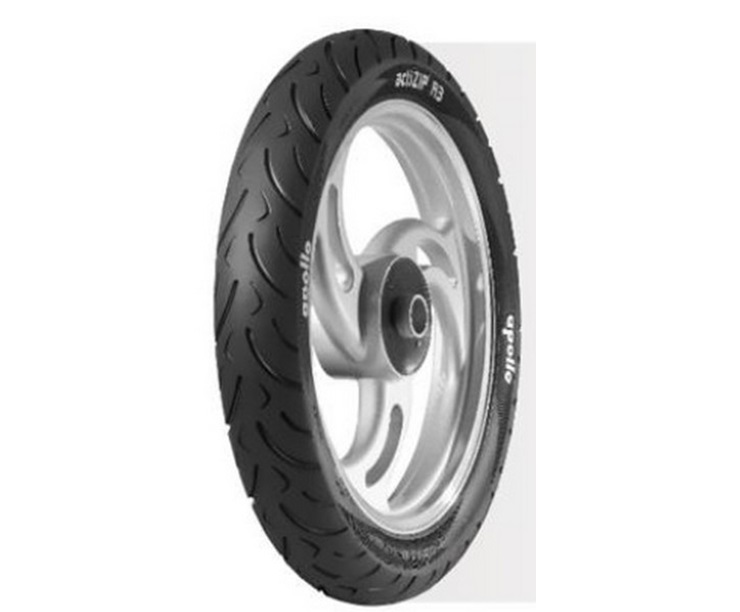 Apollo tyres have today marked their entry into the two wheeler market with the launch of their new Acti series of tyres for motorcycles and scooters. Designed and developed at their Chennai based Research and Development facility, the series at present will be available for 85 per cent of the replacement tyre market in India. The company is also negotiating with various manufacturers to ink a deal to become OEM suppliers.

While it may seem a bit late, Apollo believes that their product has the potential to give stiff competition to the existing established brands. Apollo also informed that they will venture into the remaining segment of the market (performance segment displacing above 250 cc) in two years. 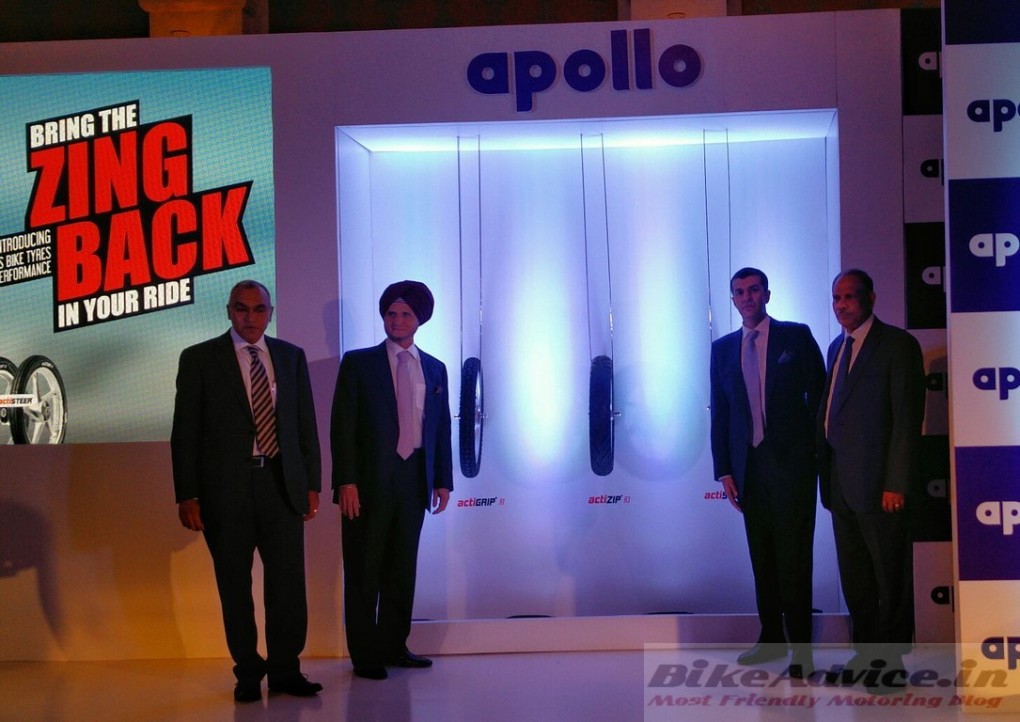 Apollo claims that their Acti series of tyres boasts of excellent dry and wet braking capabilities without compromising on the tyre’s cornering abilities. Focusing primarily on grip, safety and comfort, Apollo has designed these tyres after taking customer feedback and researching on suggestions. Using optimally oriented tread blocks and grooves made with modern polymers based high mileage compound, the Acti series will be available in both tubeless and tube varieties. 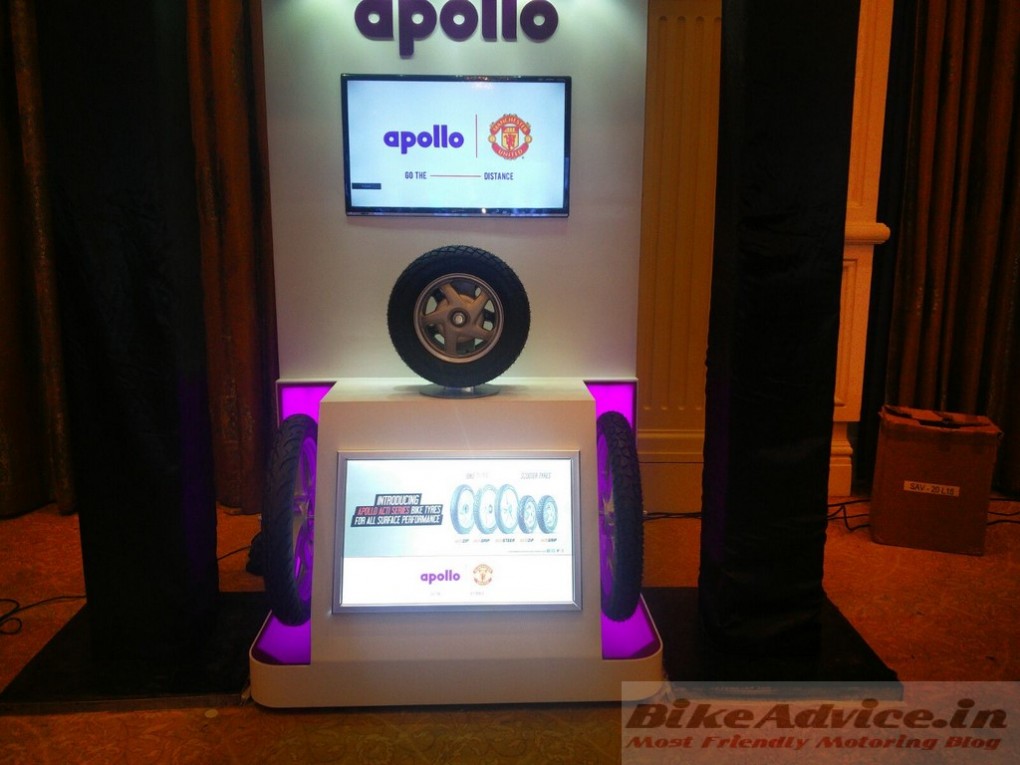 Here are the details about the new tyres launched:

Available in three patterns (actiGrip R1, actiGrip R2 and actiZip R3) in directional pattern, these tyres can be used both on and off the road, urban as well as highways in different climatic conditions.

They also come in three sizes (actiSteer F1, actiZip F2 and actiZip F3). Maximum emphasis has been made on enhancing the handling, braking, stability and comfort.

The scooter range includes two directional pattern for front and rear (actiZip S1 and actiZip S2). Also available will be two block patterns for rear application (actiGrip S3 and actiGrip S4). The former has been developed for precise steering controls while the latter is for all terrain purposes including sand and mud.