The night was smoggy with crackers bursting all over the city. I had to catch up on some sleep as had to leave sort of early in the morning, was planning to spend diwali at a friend’s place. I had just bought it a week ago and my prime purpose to buy a bike was touring. I was a bit confused about its racing stance (sitting position) before buying it but I the confusion just went pooofffff once I started my journey. 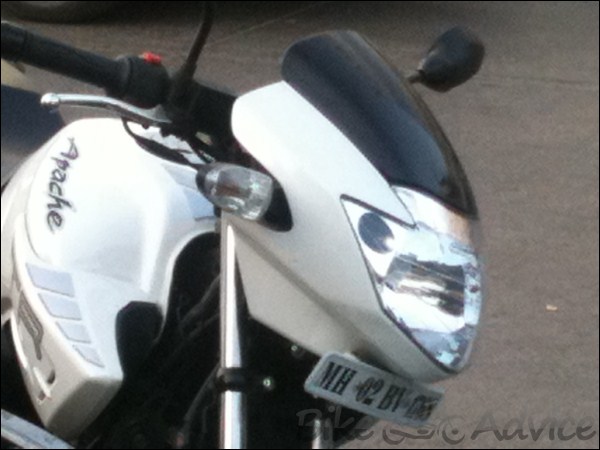 I started my journey at 4am, destination Surat. The ODO meter read 375kms when I started. I had already got my first service done a bit early as didn’t want my warranty to void. About 265 kms to cover (one way) and I thought 6 hours should be enough as I couldn’t go over 60kmph, as the bike was still in the running in period.

I started riding and saw the city being left behind through my rear view mirrors. The bike has an awesome feel. It gives you a feeling that you are in control of it all the time in spite of the power that it generates. The bike generates 17.03ps of power @ 8500rpm and man doesn’t it run. It has the ability to do 0-60 in 4.6 seconds and 0-100 in 13 seconds (which I tested after I completed my running in) and a top speed of 125kmph (might differ if the rider is lighter). The bike has a kind of roar to it (earlier we could experience that in an Rx100) which makes the rider go fast, rather faster. It generates a maximum torque of 15.5nm @ 6500rpm; to put it in layman’s terms, it doesn’t drop power at high rpms or even in the top gear. 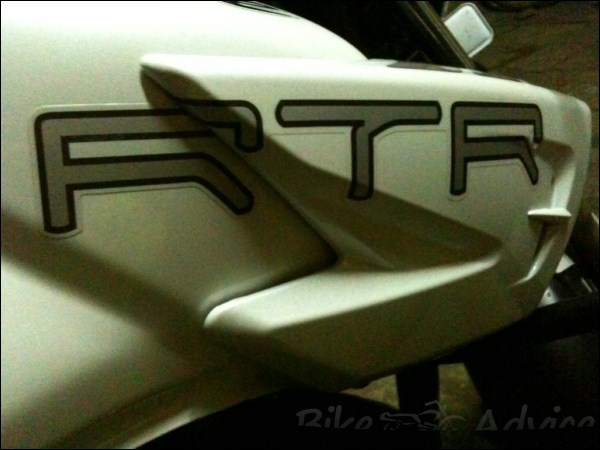 Out of the world braking, it makes you feel so confident when you brake, makes you feel that it will stop where you want it to stop. Most importantly it doesn’t nose dive unlike the other bikes that I have ridden. Just don’t forget to take your foot off the rear brake pedal (as quite a few of us have a habit of pressing the rear brake pedal and riding) or else your rear disk calliper might blow. Good suspension, soft just the way I like them. You might want to adjust them if you prefer them a bit on the harder side. 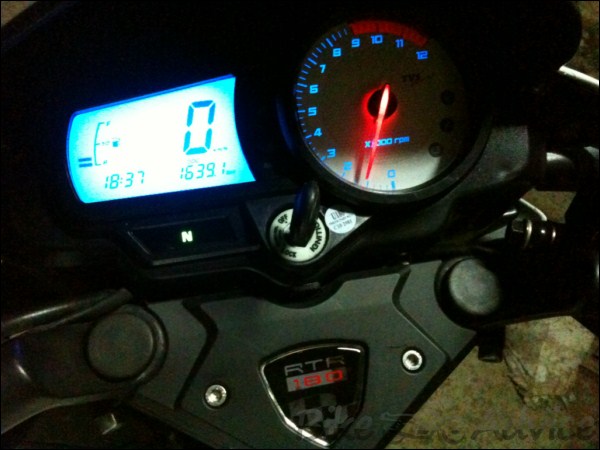 I rode for about 100kms before taking a break. I was just clicking a few pictures and I realized that neither my shoulders nor my lower back was paining. The sitting posture of the bike is pretty nice (though I would have liked the seat to be a bit more comfortable, it’s a bit narrow from the front). If you have ever done horse riding and you know how the jockeys sit then that is a perfect way to sit on the bike. Just make sure that your thighs take the entire pressure when you ride, and your shoulders, lower back and your palms will be blessed. 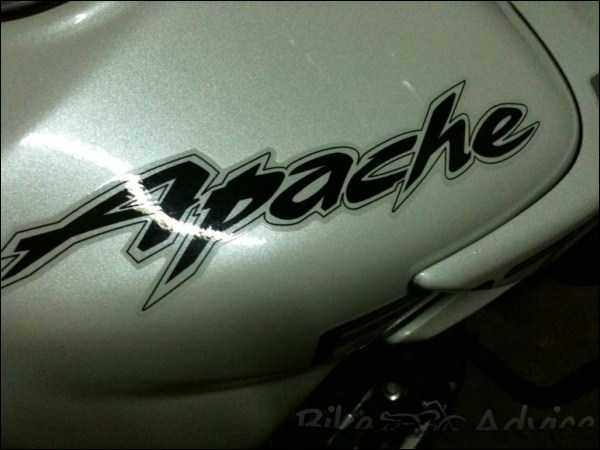 The tyres of Apache RTR are something that the manufacturing company needs to do something about. They are brilliant as long as you ride on tar but if you ride on concrete and add a bit of water on it, man wouldn’t you be in trouble. The machine comes with 17” wheels and tubeless tyres at both ends (90 / 90 x 17” front & 110 / 80 x 17” rear). 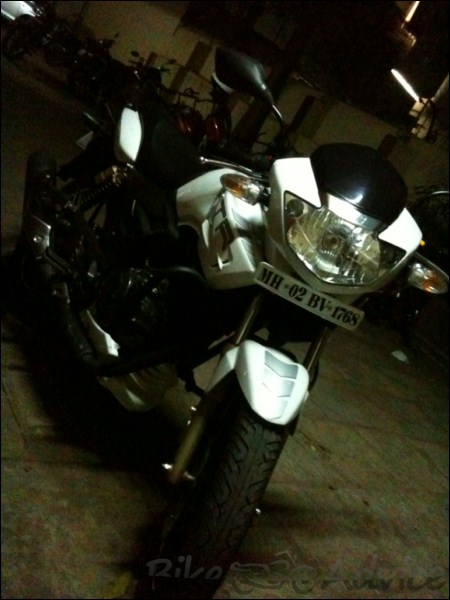 This Apache RTR White bike gave me an average of 55kmpl on the highway and is giving me about 45kmpl in the city which (according to me) if pretty decent for the power that it churns out. It comes with a blue light in the speedometer with red light on the rpm needle. That makes it look really deadly. The speedometer with a clock also has features like recording your top speed and fastest 0-60. It also has 2 trip options.

Good looks (pearl white is just out of the world), awesome power, nice braking and a pretty decent sitting position. The bike is definitely value for money @ 78000/- (on road Mumbai price).