Hi Bikers, I am Ajith and I will be sharing my biking story with you over the next couple of minutes. Well, the story goes like this; it was early stages when Apache was released (150 cc variant). I was in love with the bike since the day it was released but my parents wouldn’t get me one as I was not 18 yrs old then. When RTR variant was released and I made my mind that if I ever buy a bike it would this beast (RTR). 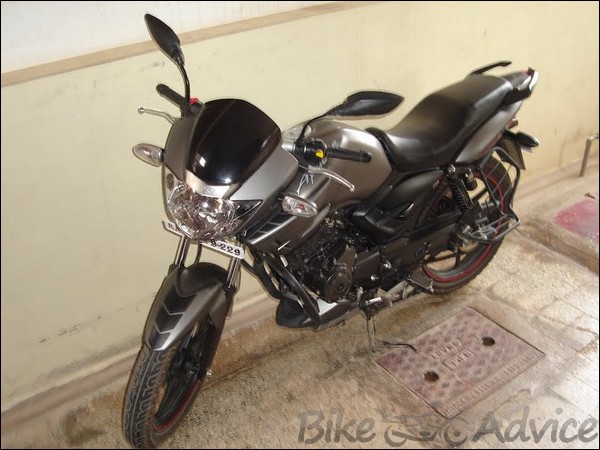 All in all, I wanted a powerful bike that was very successful in the market, one that was sporty and that would fit in my budget but my Parents wanted me to buy a Splendor or a Star city. My mom had a big “No” for Yamaha bikes and I seriously didn’t know the actual reason behind her ‘No’ to Yamaha.

Somehow managing my way through, I settled for the Apache RTR 160 EFI (electronic fuel injection) and there was nothing in this universe that could have changed my mind. I was literally in love with the bike when I saw it in the show room. I took the titanium grey (matt finish) color with black disintegrated racing stripes running on it; really it is a super cool bike. 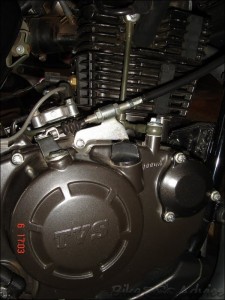 The bike compliments its caption viz. ‘Its Now Or Never’, it unleashes the racer in you. Apache’s exhausts are truly one of the best in class because they sound like a sports bike while exhausts of other bike in similar segment aren’t that good.

The engine is soft and smooth but the bike happens to vibrate between 65 to 70 Kmph. The engine churns out 15.2Ps of power at 8500rpm. With a weight of 139 kgs, the bike is a pleasure to ride around and in the city.

The bike is resistant and does not show any signs of breaking down even at 12000 rpm.

At such a good rpm one can cover up to 120Kms in an hour on a highway. The engine is capable of producing some very high speeds. I personally had an experience of hitting 127 Kmph and ran out of road.

Handling is probably one of the strongest aspects of Apache RTR 160 EFi. Among the other bikes in the market the RTR stands out in the handling department. The bike gushes in any gap you want flawlessly. This bike is born for cornering. 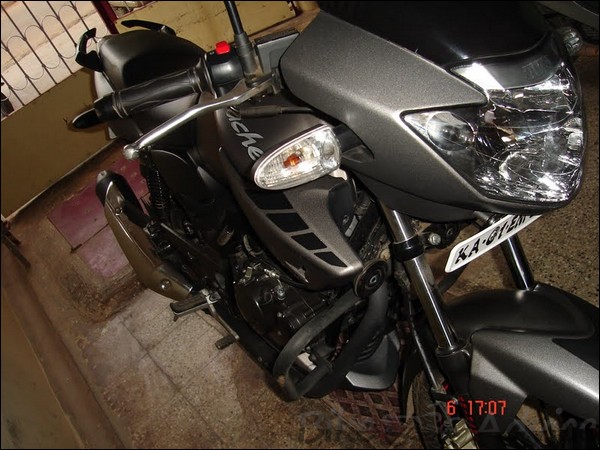 The bike’s tyres are bit of a concern because they have this initial tendency of losing their grip on wet surfaces. Once the water gets sucked in by the tyres, wet surfaces and rainy roads are a piece of cake. Its aerodynamic tank scoops and chassis provide better control and makes you feel comfortable.

Apache RTR 160 EFi has front and rear disc brakes. The brakes are as good as you would like it to be, the 270mm front roto petal discs and 200mm rear discs provide razor sharp breaking.

The bike is sure to offer a mileage of 58 to 60 kmpl in the city, with good run and right gear shifts. 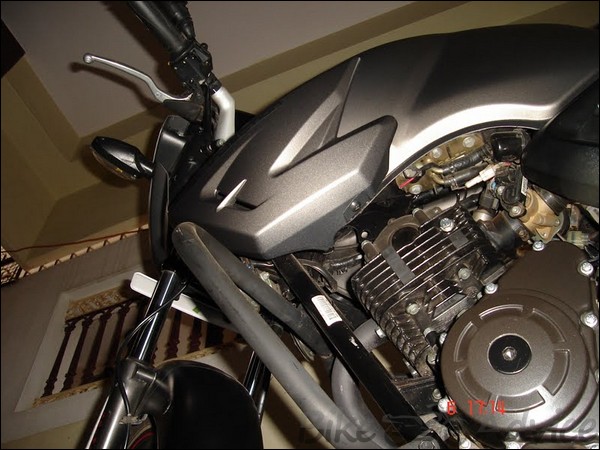 There are complaints about the riding position of TVS Apache RTR like backache, wrist pain etc but that happens only in that start but after you get adjusted to the position all the pains seem to go away. Moreover, it feels like you are on a rocket.

Believe me all sports bike have the same seating position as that of the RTR. 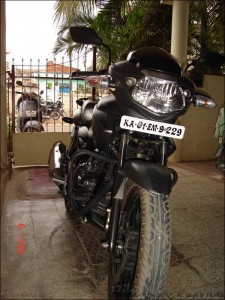 If you are conservative, one who thinks about mileage and want a breezy engine like a 100cc bike, then do not even have a look at its advertisement. 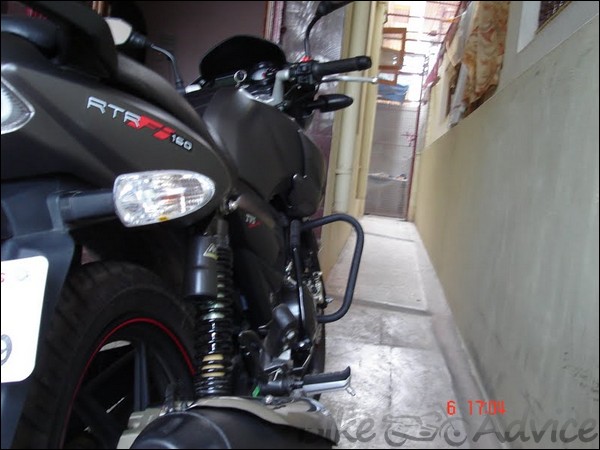 On the other hand if you are young; need lots of adrenaline rush; need a bike that feels and sounds like a higher capacity bike and want to know how a racer feels like while riding his bike then, just close your eyes and go for this fire breather i.e. Apache RTR 160 EFi and you will not regret it.

Feel free to leave your comments and queries.