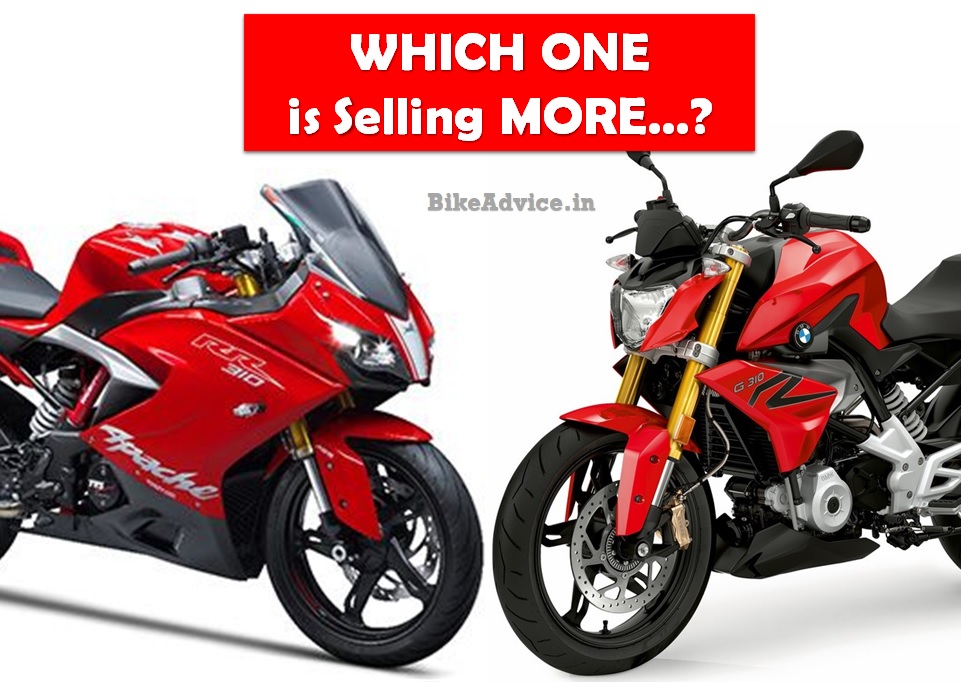 Yesterday, BMW India sent out a press release which has got us pleasantly surprised. According to the brand, they have sold 2187 units of their motorcycles in the first full year of operations in India which is from January till December 2018.

They further add that the recently launched G310 R and G310 GS have contributed over 75 percent to this sales chart. 75 percent of 2187 is about 1640 units. Considering that BMW launched the 310s in India in July 2018, this means they have amassed approx 330 units per month on an average.

Now let us bring in their sibling from another mother – TVS Apache RR 310. According to the official SIAM sales data we have, from August till November 2018, TVS has managed to sell 1250 units of their biggest yet. This is an average of 310 units every month. We do not have the data for the month of December yet and if we, for the sake of comparison, add a similar number for this fifth month, TVS ends up with lower average numbers than BMW! Which is a remarkable surprise!!!

In simpler terms BMW, which has a handful of dealerships (11 in total) in India (nowhere close to TVS’ potential distribution numbers), whose motorcycles cost about 40 to 60 percent more for essentially very similar specs, has outsold TVS, which is making all of these at its Hosur plant.

And BMW is preparing the full faired G310 RR as well…