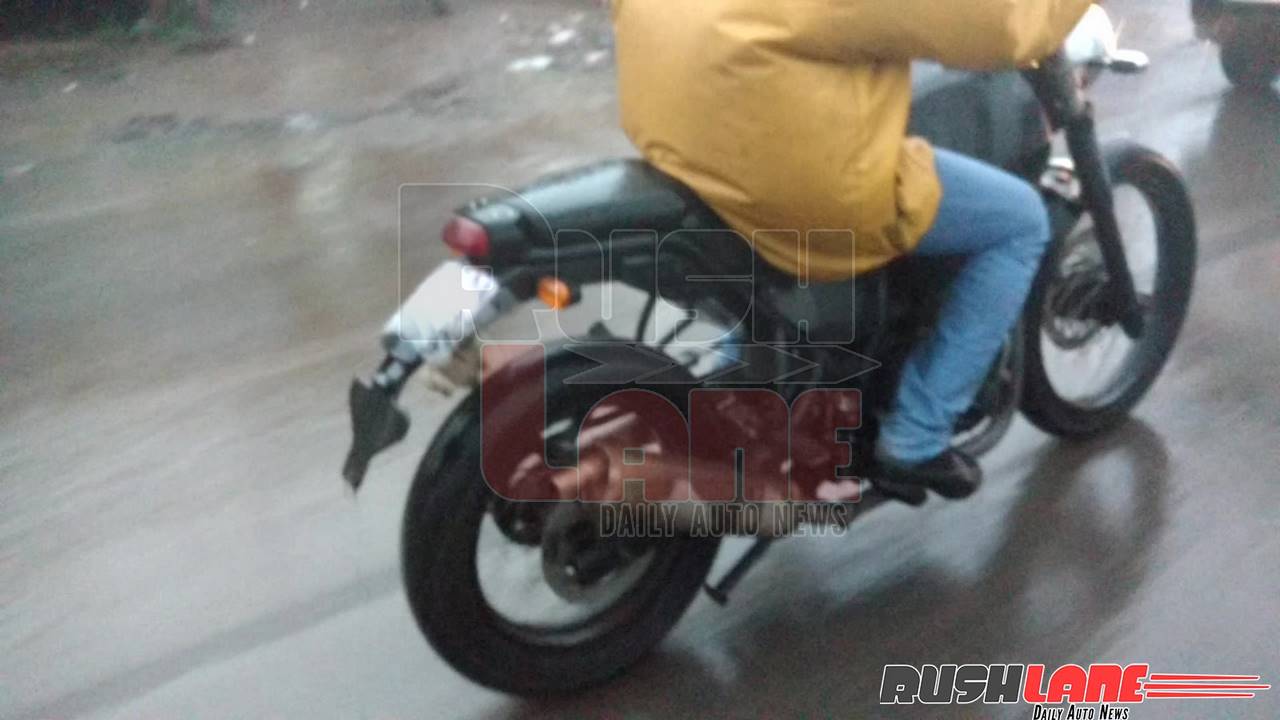 Royal Enfield may have a great fan following in India but to succeed globally they need new products with significantly better quality standards. Himalayan is going to be the first step towards achieving this goal. While speculations about its launch are rife, the bike was caught testing again by the folks at Rushlane but there is a difference.

This one seems to be a slightly tamed down, road friendly version of the motorcycle spied so far suggesting that there may be more than one variant on offer. The test mule here seems to have regular front forks as compared to the high setup seen in some earlier spottings. The front mud guard too moves to the familiar position just above the wheels and the exhaust canister also seems to be changed and gets a new tip. 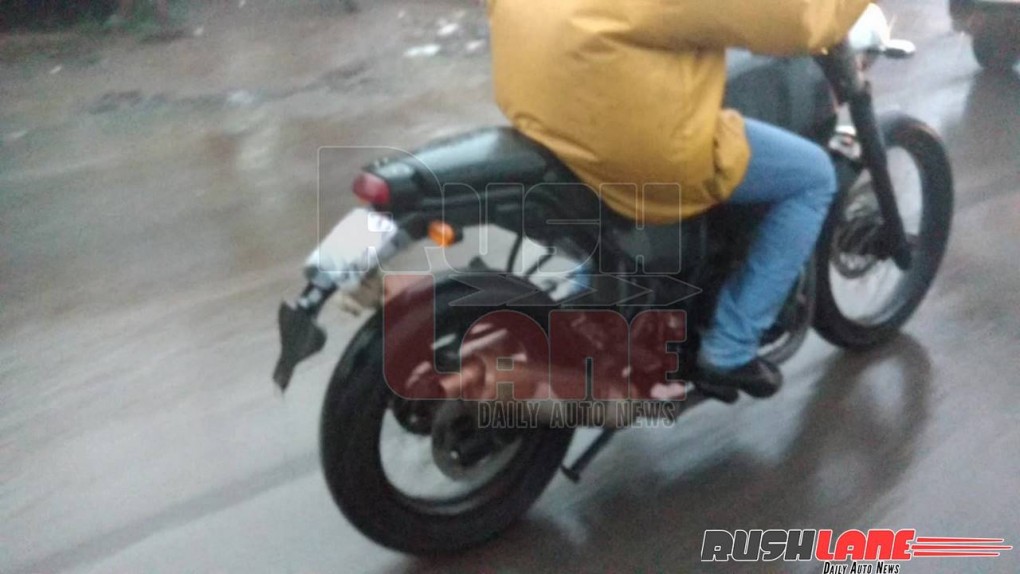 The bike thankfully continues to sport disc brakes both at the front and rear although the rims still get steel spokes. The tank, exposed frame and circular head lamp are expected to be shared by the two variants. 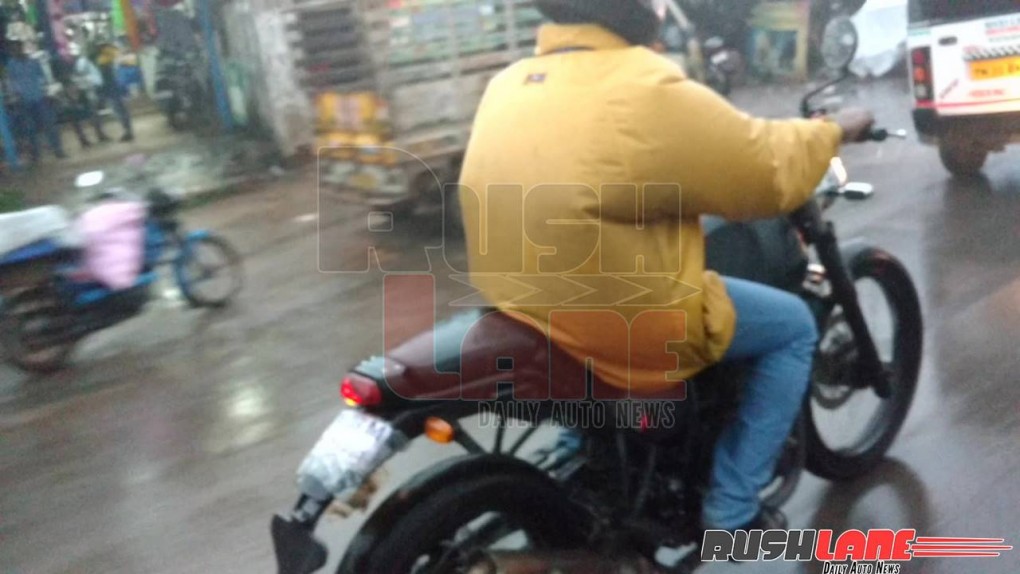 Himalayan is expected to be powered by an all-new engine displacing around 400 cc. No details or specs have been revealed but the build quality is expected to get significant improvements. Just like in the case of Continental GT (read review), Royal Enfield has taken help from the folks at Harris Performance (now owned by RE) to build the Himalayan which is expected to be launched early next year.