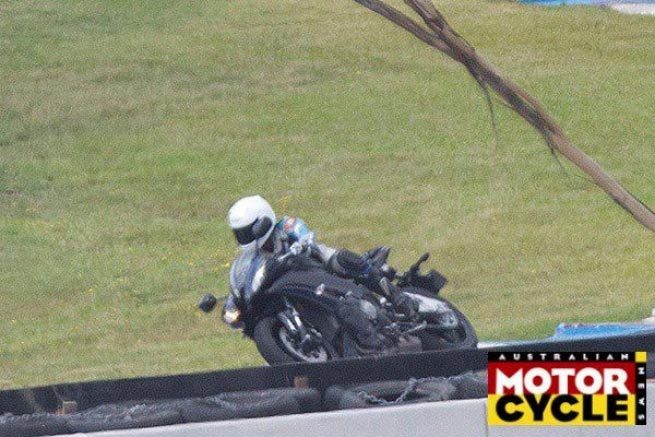 The 2015 Yamaha YZF-R1 was spotted last week at the Eastern Creek International Speedway in Australia. The black motorcycle was caught testing by the falcon-eyed (no, we ain’t taking a dig at the ‘Busa’ fraternity) chaps at the Australian Motorcycle News. 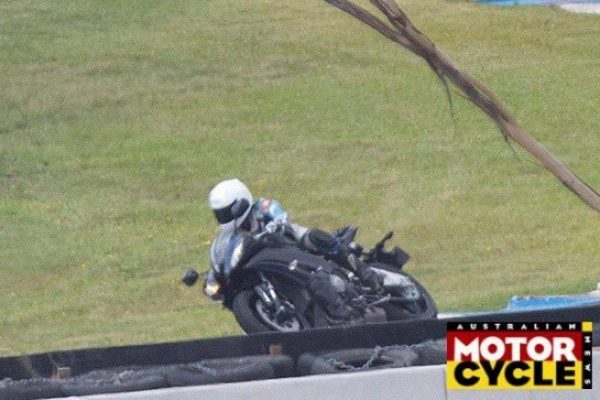 R1 fans, who were pained no end when the ‘swollen’ R1 came out in 2009, can now heave a sigh of relief finally after a long period of five years to see their favorite motorcycle reverting to a sharper design philosophy again. It’s clear from the picture that the latest R1 takes styling cues heavily from Yamaha’s middleweight race replica, the R6.

The twin side air-intakes of the R1 have been ditched in favor of a central air-duct like in the R6. See the picture again and you’ll notice that the twin underseat exhausts, in service since 2004, have also been ditched for good. Expect a short and stubby side exit can as Yamaha won’t leave any stone unturned to achieve near-perfect mass centralization and savings in weight.

The new bike will continue to use the crossplane technology that debuted in the aforementioned 2009 model. It was taken from Yamaha’s MotoGP rocketship, the YZR-M1. The new 2015 R1 is expected to make 200 bhp and is expected to take the fight directly to the all-conquering BMW S1000 RR and HP4 models. The initial prototypes were making around 230 bhp so the figure seems quite attainable. 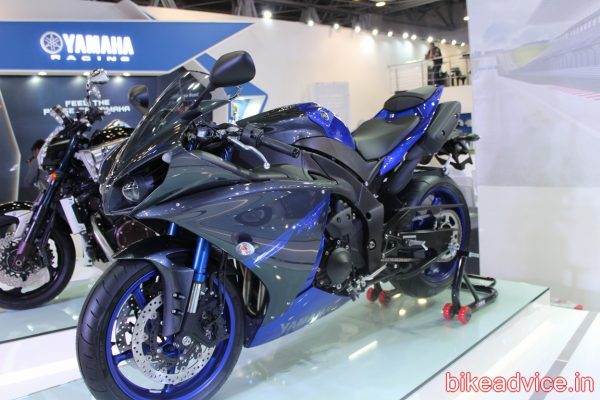 However, Yamaha understands that it would need a lot more than outright horsepower to battle it out with the current-best from Germany and Italy, and it will equip the new R1 with top-of-the-line components and MotoGP-derived electronics. In fact, Yamaha plans to re-enter WSBK racing and rumor has it that the new R1 will come out in two versions – a regular (if you can call a 200 bhp projectile ‘regular’) street bike, and a 230 bhp race homologation special.

Of course, limited numbers of the latter will be made and the cost would be prohibitive to say the least, but from the looks of it (pun intended), it would compel Italy’s finest into some introspection… MV Agusta F4 specials excluded.

The 2015 Yamaha YZF-R1 will break cover officially at either the INTERMOT or EICMA shows later this year, so expect it to arrive on our shores by next year only! It would be worth the wait though.