Greetings! The Indian two wheeler industry has become more aggressive over the past couple of years or so. We are day in and day out able to experience that the Indian players no longer want anyone else to rule the markets be it Japanese manufacturers or someone else. 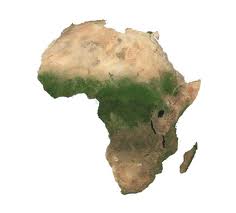 Not many days have passed when we at BikeAdvice released a post on how is Bajaj planning to nail down the Japanese manufacturers especially Honda and Yamaha. This time around the news concerns the whole of the Indian two wheeler industry, The Indian two wheeler pros plan to wage a war on their Chinese counterparts in Africa by introducing new range of price sensitive and durable products.

This basically means that Indian makers are trying to increase their correspondent export revenues by launching price sensitive and market acceptable products in Africa. In queue to nail down Africa’s manufacturers are three Indian bike makers namely Hero Honda, Bajaj Auto and TVS. These three Indian players are planning to set up their respective plants in Africa hoping to build their exports and benefit from the vast scope Africa provides.  It is speculated that Africa sells nearly 2.5 million bikes every year and thus our Indian firms are more or less interested in Africa.

Every other big bike maker is looking to target easy countries like Africa to increase their revenues and profits eight folds. Mr. Abdul Majeed, Auto Practice Lead at PWC said that the Indian two wheeler manufacturers have a gem of a chance to succeed in African markets because of their high price sensitive and customer centric products coupled with after sale services.  He was of the opinion that African rivals would no longer hold good if the Indian firms take on them.

As a matter of fact most of the bike makers have started planning for Africa like Hero MotoCorp which is planning to launch their entry level CD Dawn into the African markets to nail down their competitors there. Once this CD Dawn sets right into the African market, hero group will start rolling out as many 100cc bikes as it can.  Moreover a spokesperson from Hero Group confirmed the plans and said that the firm is looking to export and penetrate in African, Southeast Asian and South American markets.

He further said that the work was under process and the company will soon be ready for it. Also Bajaj Auto, who gets some substantial part of their revenues from exports to Africa, is looking to localize production in order to penetrate deeper and nail down the already existing manufacturers there. All in all the stage is set and Indian bike manufacturers are looking in an aggressive mood to conquer the world markets one by one. Let us wait and see how far this commitment and dedication as regards conquering markets and setting up milestones goes.