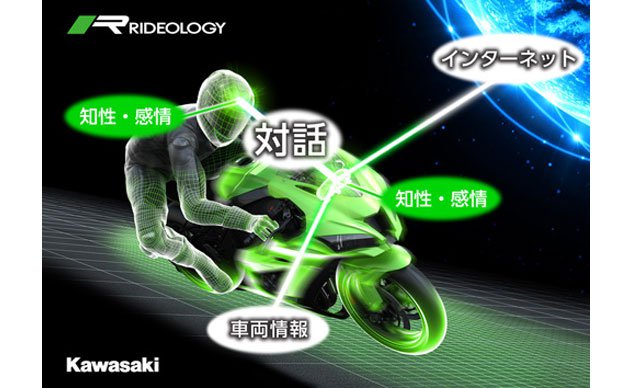 With Yamaha already working on artificial intelligence with their Motobot project, Kawasaki too is getting all set to enter the arena. Unlike Yamaha’s Motobot, which can also be seen as a way for autonomous bikes, Kawasaki intends it to be an extension of the rider, helping the idea of motorcycling become safer and simpler.

Based on the Emotion Engine platform developed by SoftBank, the idea is to connect the bike with internet to connect with cloud computing. The servers (cloud) will then try to converse with the rider and understand his or her emotions. This might even help the bike develop its own personality! Sounds crazy?

No, an emotional connect will help the machine develop a morally complaint and much better connection with the rider. The setup will also be communicating with the rider and help him or her make better decisions. The electronic package will also be controlled to a certain level by the artificial intelligence.

Read More: Artificial Intelligence, 3 Ways in Which it can make Riding Safer

Honda cars too is working on the same engine for using artificial intelligence in cars. However, that will be a completely different ball game. Motorcycling can gain immensely from artificial intelligence, especially in the case of newer riders. What say guys? Can you envision your ride in the future to have a mind of its own?