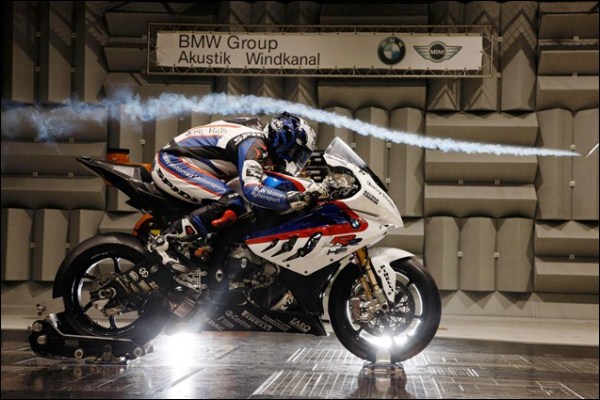 Ever wondered why a Sportsbike can carry insane speeds than any of the other bikes you have seen/known? Is it because of the extra Horse Power that they carry? That actually might be one of the reasons that enables them to carry their speeds, for the rest there is an uncommon term in motorcycles known as Aerodynamics.

Why are Sportsbikes getting faster than the speed that they’ve established already a few years back in spite of added Horsepower and weight reduction? The reason is simply because of Aerodynamics. Sportsbikes manufacturers find serious difficulty in overcoming the tremendous drag forces generated by a bike that can touch insane speeds.

Why is that so?

The drag created by a solid object, which is a Motorcycle in this case, passing through the air is related to the square of its speed. So, as speed doubles, the drag would increase four folds. Since power is an end product of force and speed, the power requirement increases as the cube of the speed.

[mks_pullquote align=”left” width=”300″ size=”20″ bg_color=”#4db6c6″ txt_color=”#ffffff”]In simple words, to double the speed, you need to increase the power of your engine by eight times.[/mks_pullquote]

As an understanding example, let us consider an 8 HP scooter which could reach 50 kmph as it’s top speed. If you need to double it’s top speed to 100 kmph, the power it should carry should be 64 HP – Eight times it’s original power.

How is it the MotoGP bikes are getting there faster? The answer lies in their design they carry. 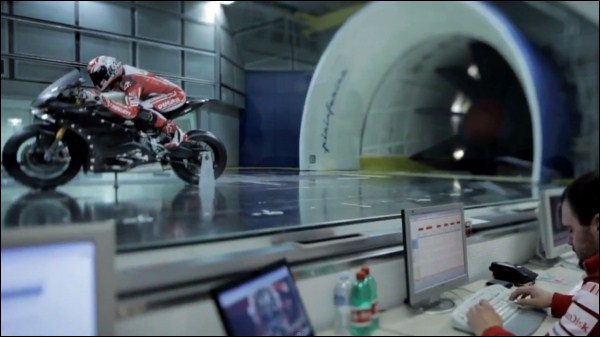 The Race Fairing design, the reduction in weight using Carbon Fibre parts, absence of rear view mirrors, blinkers and licence plates etc. It should also be kept in mind that, over high speed runs, the amount of extra power required to overcome the drag and to make it even faster increases by a huge amount.

What is Drag and how can it be reduced?

Drag is nothing but the wind resistance that slows you down. The first and foremost thing to know is that the aerodynamic drag isn’t just one type to overcome. There are other types of drag that keeps working on a Motorcycle besides the simpler Wind Resistance. The force used to distort working tyres into two flat contact patches creates a much bigger problem of rolling resistance, typically slowing you down. The more the tires deform from its actual shape, the greater the drag created, which is why it is very difficult to roll a Motorbike that has flat tyres than a normal bike with inflated tyres. 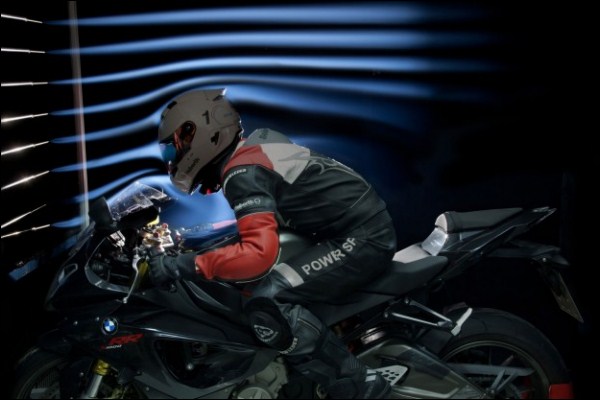 The amount of drag an object is subjected to comes from two things; the frontal area of the Motorbike and what’s called its drag co-efficient. There is also a mathematical figure that represents the aerodynamic efficiency of the object. In simple words, an extremely well streamlined object such as a Missile will have a much lower drag co-efficient than a blocky object like a truck or a Van (for example Maruti Omni). To sum this up, if one needs to increase the top speed of their Motorcycle, they need to carry out either of the two things; Make it smaller in size or reduce its drag co-efficient.

Improving drag co-efficient is all about keeping airflow smooth over an object. A teardrop design which is currently followed by majority of the Motorcycle manufacturers is a highly recommended shape because of its smooth, rounded front with a gradually reducing tail. In this design, the air is simply pushed out of its way as the teardrop moves. There are no low-pressure areas or turbulent vertices swirling behind which suck the object back and increase drag.

As with their advantages in mind making automotive objects faster, they have huge disadvantages when it comes to Motorbikes. The completely exposed nature of the design they carry is one. The biggest among all is the rider sitting high on the Motorbike creating a huge resistance. Keeping the airflow smooth around a rider and then re-attaching it behind the bike like a teardrop is the most difficult part.

With Spinning alloy wheels, the huge front forks and the massive flat radiator makes the flow of airflow a complete mess. To be also considered the rear alloy wheel, exhaust mufflers, swingarm and the back of the rider which makes for an irregular shaped teardrop tail.

It’s very hard to overcome such problems in conventional designs, that is why Motorcycle manufacturers go in for the Wind Tunnel testing of their Motorbike’s Aerodynamics to make their bikes much efficient and faster when it comes to reducing its drag levels. A few such examples are Honda’s CBR 1000RR and BMW’s S1000RR. In smaller Indian bikes it is the R15, R3 etc that have undergone the wind tunnel testing for the lowest drag co-efficient values, making them faster.

In these designs a large front fender sends the air out to the wide fairing sides, which smoothens the air over the rider’s legs and then back to their wide smooth tail sections that aim to re-attach the turbulent airflow at the rear side of the bike.

When it comes to talking about Top-Speed, the dominant type of drag is pressure drag. This Pressure drag is a force generated by the difference in pressure between the front and back of an object travelling at high speed. This can often be experienced by sticking out your hand in a moving car. The front of the hand creates a high pressure area and behind your hand is a low pressure area that gets created by the wind blowing on either side of your hand. The simple difference in the high and low pressure pushes your hand backwards and that’s how the drag force is created.

When it comes to production bike-based speed records, Suzuki Hayabusa is an all time favourite and then we have the more modern machines like the R1, S1000RR, ZX-14R etc.

The answer lies in their superior aerodynamic designs that make them easy to go fast.

As much as aerodynamics is important in a Motorbike design, letting aside the bike for now, the most important aerodynamic package to tune is your body. It is extremely important to work on the riding positions if someone needs to go extra fast than the rest. This can simply be achieved by tucking yourself behind the bubble screen that would gain you some more kmph on a critical situation in a race or a trackday.

If the rider is huge and well built, finding him tucked behind that small fairing is harder which explains why little shorter-built guys have an advantage in professional racing.

Next Read: Motorcycling Etiquette: An Insight For Dummies – What NOT to Do!