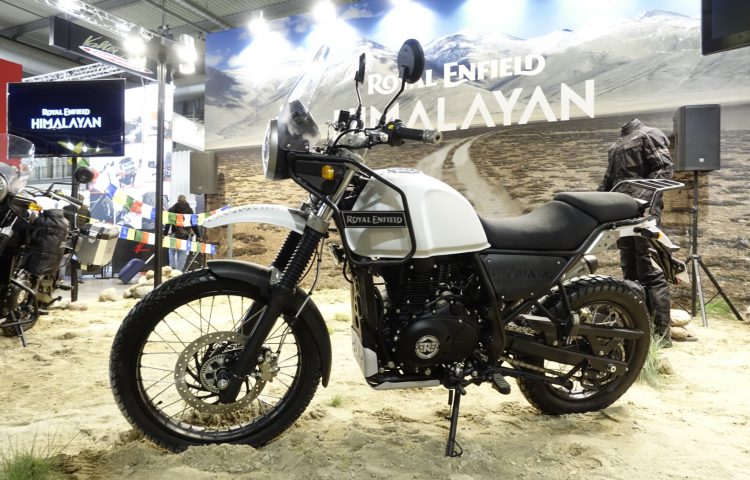 As we had written earlier, Royal Enfield has showcased the Himalayan at EICMA. The bike at Milan showed off ABS rings on both the tyres and reports are revealing that the engine has also been upgraded to be Euro 4 compliant.

The Himalayan, Royal Enfield’s first all-new bike in a long time, has received success in the country. Despite the initial niggles, the brand loyalty helped the bike overcome the hurdles. 21-inch front wheel, long travel suspension, new 411 cc mill and a bare-bones look! Exciting? And hey, Euro 4 compliance adds to the good news.

European nations will be implementing Euro 4 emission norms from January 1, 2017. India, on the other hand, will be shifting to BSIV norms from April 1, 2017. Images shared by MotoFire also reveals that the bike has ABS, another feature which has been sorely missed in India. Wouldn’t it be lovely to get ABS at least as an option in India? We are still not sure whether the Himalayan at EICMA gets fuel injection or it driven by the age old carb.

Sadly, Royal Enfield did not reveal any information about the much talked about twin-cylinder mill. Not even in prototype stage! The company though also showcased Euro4 versions of the Continental GT and Classic 500.

Royal Enfield at EICMA also announced that they plan to introduce Himalayan in the European market by end 2017.