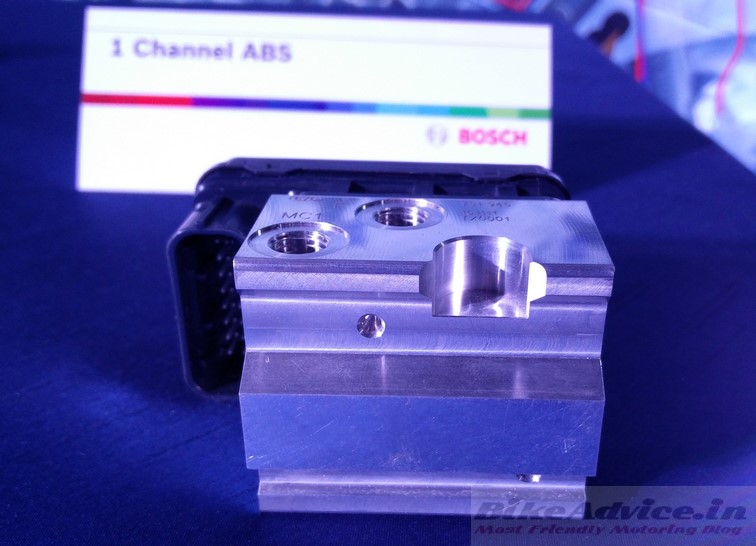 There is this friend of mine who always keeps on arguing with me about the usage of Antilock Braking System (ABS) in two wheelers. While he drives a Volvo now, he thinks that motorcycles just do not need such aides! He also loves to show off that he has lived and survived the pre-ABS era and swears by the fact that modern motorcycles with ABS just limits your creativity.

While I might agree to the latter to an extent, the fact cannot be ignored that ABS certainly is a life saver! Who wouldn’t want to reduce their braking distance and save his bones from being crushed over the boot of a car in front of you? And yes, even the best of the riding gear cannot save you from an unfortunate accident.

As per the Ministry of Road Transport and Highway, approximately 26 percent of the total fatalities on our highways comprise of two-wheelers. That sums up to nearly 36,000 deaths a year! Bosch, as per their internal survey, believes that nearly one third of this could be avoided with the implementation of ABS. Also 16 per cent of the accidents could see reduced collision speed if the two-wheeler will have ABS.

The authorities too seem to have finally woken up. While new two-wheelers will have to come fitted with this feature from April 2018, existing models will have one year of grace period. That does sound late but hey, at least it’s happening. To know more about how ABS works on motorcycles, go through this article!

Apart from this, two-wheelers sold in India will also have to be BS6 compliant by 2020, bringing us at par with European regulations. Bosch expects that the jump from BS4 to BS6 will lead to a 75 per cent reduction in HC NOx while NOx emission will come down by 85 percent. Not just that, shift to BS6 will also help in increasing fuel efficiency of a vehicle!

We have shared a list of five most affordable ABS-equipped motorcycles. There will be an inclusion of Apache 200 in this list but its price and variant details are still unknown! Nonetheless, the point is – try, as much as you can, to buy a motorcycle which comes with ABS!