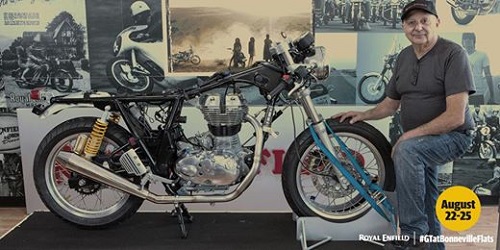 The quickest and the fastest production Royal Enfield motorcycle at present, the Continental GT, has been made much faster now in the hands of a certain Matt Capri. Before you jump with joy, let me tell you that neither is Matt a newly appointed R&D chief at Royal Enfield, nor is the company starting a motorsport division; the gentleman happens to be a speed freak who loves prepping British bikes and race them on the Bonneville Salt Flats, while the company can only take pride (and perhaps learn a trick or two as well) in its product which serves as a fantastic base for Matt (in his own words). 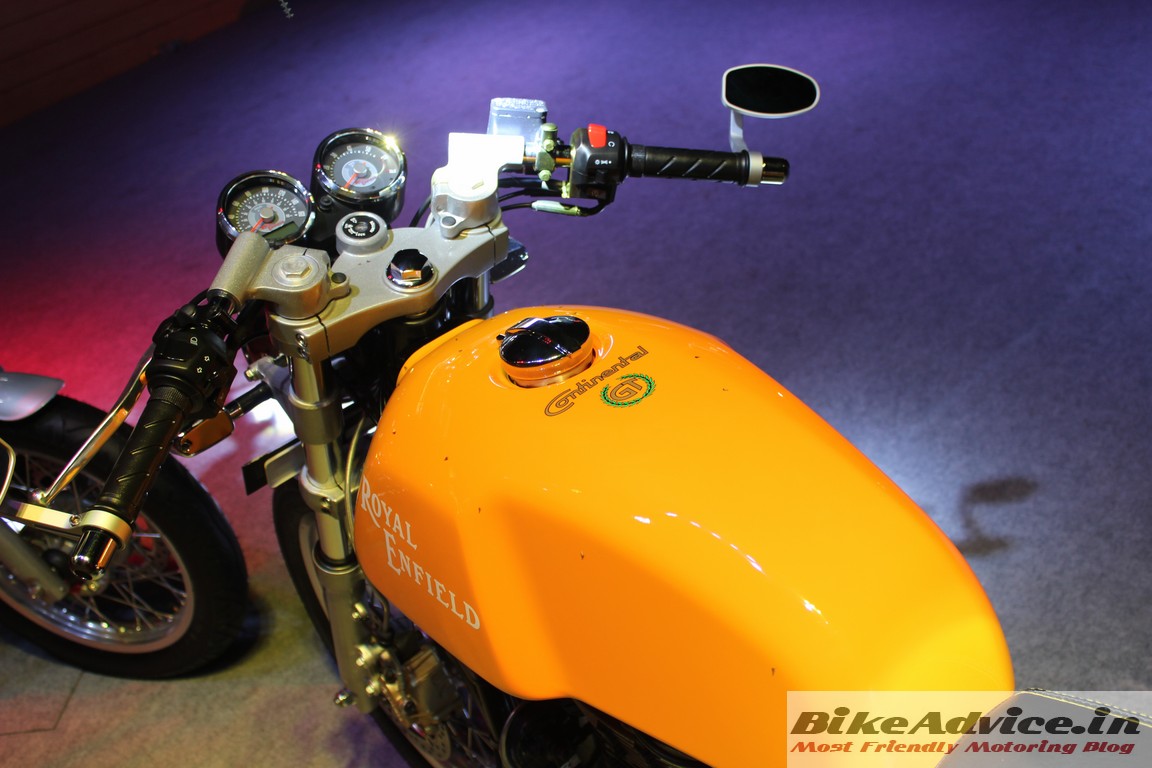 Matt has customized two RE Conti GTs to go as fast as possible on the salt flats. In fact, he should have already completed the runs by now as he was supposed to be there from the 22nd to the 25th of this month, i.e., today.

Extensive engine work has been done by the master tuner and his team on the two GTs which get heavily modified cylinder heads and throttle bodies; performance camshafts, pistons, and exhaust systems among several other things. Oh, the new heads bump up the compression ratio to 12:1 from the stock 8:1. These guys have even altered the clip-ons and clutch & brake levers to accommodate streamlined fairings!

Matt says that he has doubled the output of these bikes and the customization cost has not been a bomb either.  We just can’t wait to hear what this modded RE ran in the last three days! Sounds like the making of “The World’s Fastest Indian” sequel to me – only this time around that ‘Indian’ would be much closer to us than before…