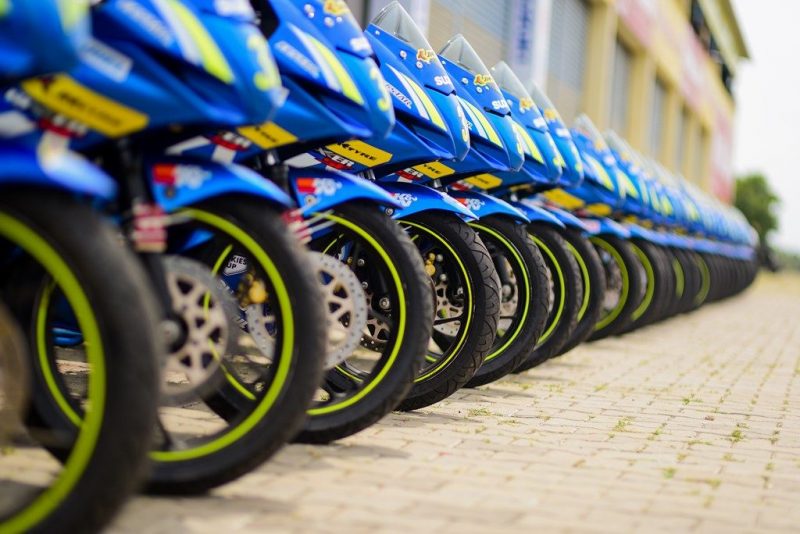 As we have discussed multiple times, back to back mandatory regulations by the government in the two-wheeler segment have been prime reasons that have impacted sales. For the last many months, the overall auto sector has been witnessing slowdown which has resulted in job losses and makers are deferring or cancelling investments.

In a word to Economic Times, Suzuki India’s Vice President, Devashish Handa, said that though they are close to maxing out their lone production facility in Gurgaon, they have put on hold plans to commission a new manufacturing plant in India due to the uncertainties and the current market slowdown. You can read more details on this here.

Handa said that mandatory 5-year insurance regulation, enforced last year, was the tipping point for the sales fall the two-wheeler industry is witnessing today. Buyers had to bear 14-15 percent higher purchase costs all of a sudden! He added that safety regulations of CBS and ABS also increased prices of two-wheelers but they were not as steep.

That (insurance regulation) was the tipping point actually, that’s where the slide began,

Further, Handa is of the opinion that a similar hit (like the insurance mandate) is expected during the Bharat Stage VI transition which gets enforced in April 2020.

The industry is likely to have a very similar range impact because of the BS-IV to BS-VI migration.

He says that cheaper two-wheelers which use carburettors will get the maximum price rise (of upto 12-16 percent) and hence are more prone to get bigger hits.

However, despite the slowdown, Suzuki Motorcycle India Private Limited (SMIPL) is the only two-wheeler manufacturer in the country to register double-digit growth so far this fiscal (April to August, 2019). The company sold 3,46,018 units in this duration against 2,98,989 units in the corresponding period of the last fiscal, thereby posting a 15.72 per cent growth figure.

Suzuki launched four new motorcycles recently (Gixxer, Gixxer SF, Gixxer SF 250, and Gixxer 250), and Handa is positive that SMIPL sales will continue to grow in the next fiscal too, owing to the company’s plan to enter new markets in India.