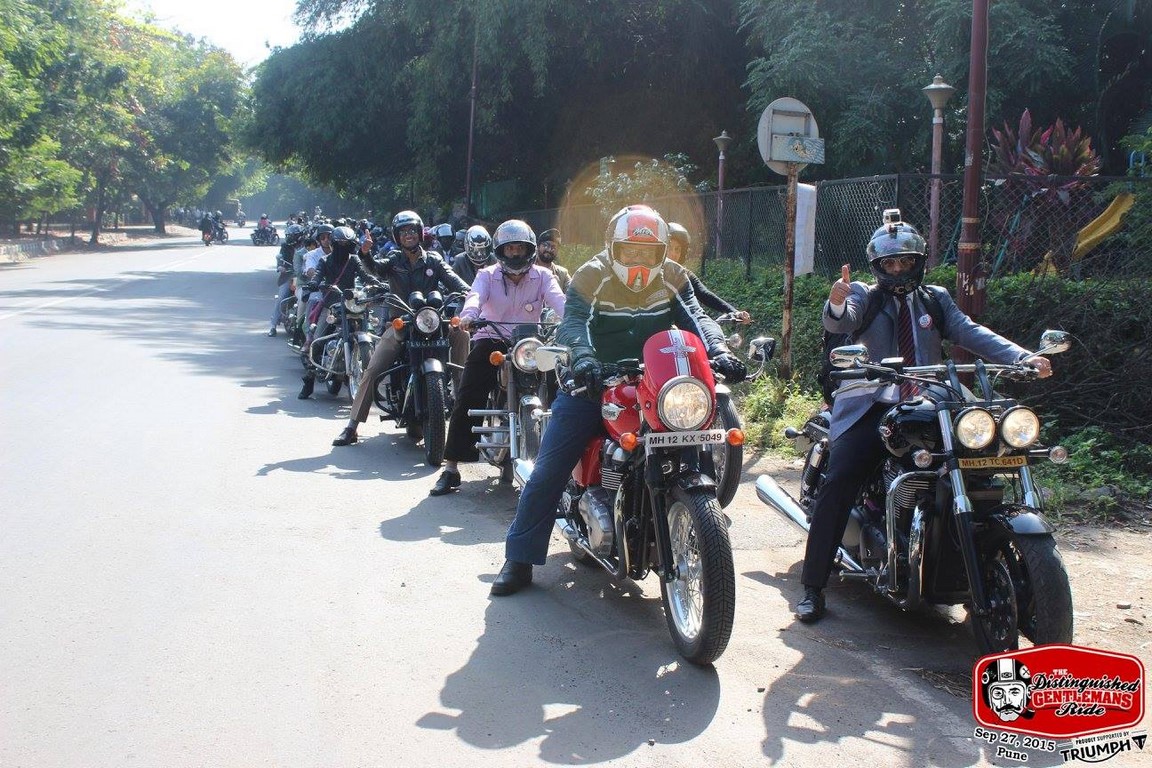 More than 30,000 smartly-dressed riders in over 400 cities were expected to ride out on their café racers, bobbers, scramblers and other marvellous custom motorcycles to raise awareness and help fund the cure for prostate cancer. Keeping in line with the tradition as described on the official website “dapper gents and elegant ladies shall ride their steeds spreading merriment and joy throughout their communities whilst raising awareness for men’s health”.

Just to give a fair perspective of the level of dedication towards this cause, from raising over USD 2,77,000 in 2013 and over USD 1.5 million for prostate cancer research in 2014, the fundraising goal for 2015 has been kept at 3 million dollars. 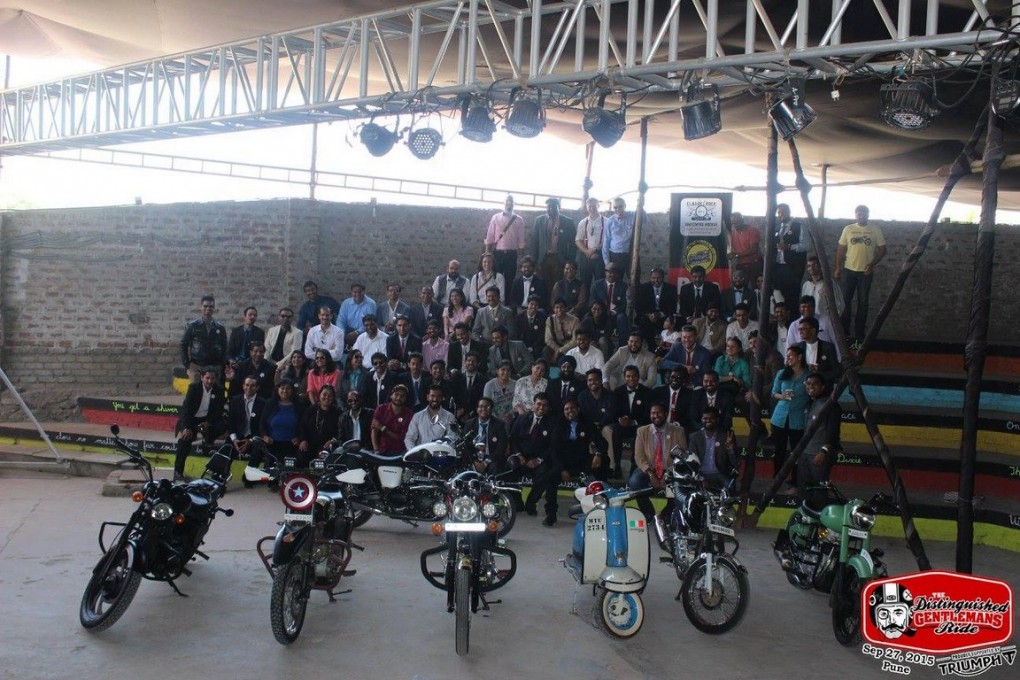 The idea was started back in 2012 in Sydney, inspired by a photo of Mad Men’s Don Draper astride a classic bike and wearing his finest suit. It was decided a themed ride would be a great way to combat the often-negative stereotype of men on motorcycles, whilst connecting niche motorcycle communities together. That first ride brought together over 2,500 riders across 64 cities. The success of the event encouraged the founder to consider how it could be used to support a worthy cause. And the rest, as they say, is eloquently attired history. 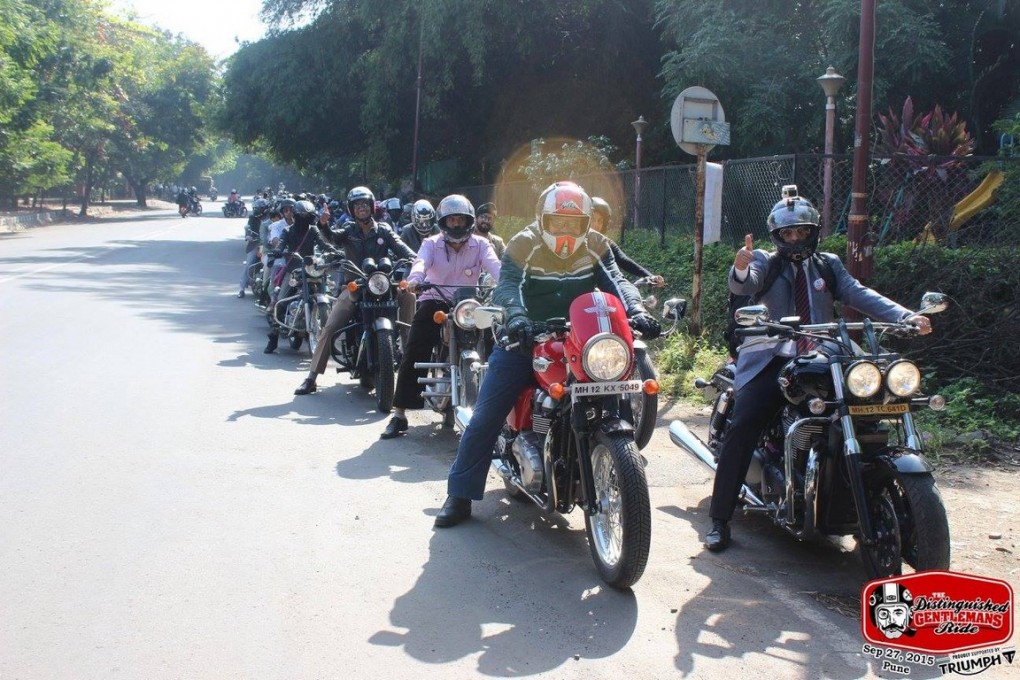 The Distinguished Gentleman’s Ride is in its third year of celebration here in India. The first event hosted in India was hosted by Tarique Afaque, head of Royal Mavericks in Delhi. Since then, it caught in other cities across the country, interestingly to note this event has received worldwide support of Triumph as well. Pune was hosting it for a second year with Sourabh Sane and Urvashi Patole playing hosts wherein over 120 distinguished riders turned up at the event.

The event brought together the community of custom and classic styled motorcycle riders. For one day of the year these ladies and gents dressed up dapper and rode through their city to help raise funds and spread awareness into the battle against men’s health issues.

Starting from Triumph’s Pune dealership, the riders for most of the way were led by Mr Baljeet Singh Kochhar astride his scooter with a Sidecar through to the Venue – Classic Rock Cafe at Kalyaninagar. This was a short city ride and had individuals as well as team members from B.O.S.S., The Bikerni, The Guardians Motorcycle Club amongst others who hung up their usual riding gear to don their finest attire keeping in line with the dress code of the ride and were astride Enfield’s, Triumphs, scooters and modified motorcycles that were suited to the theme. 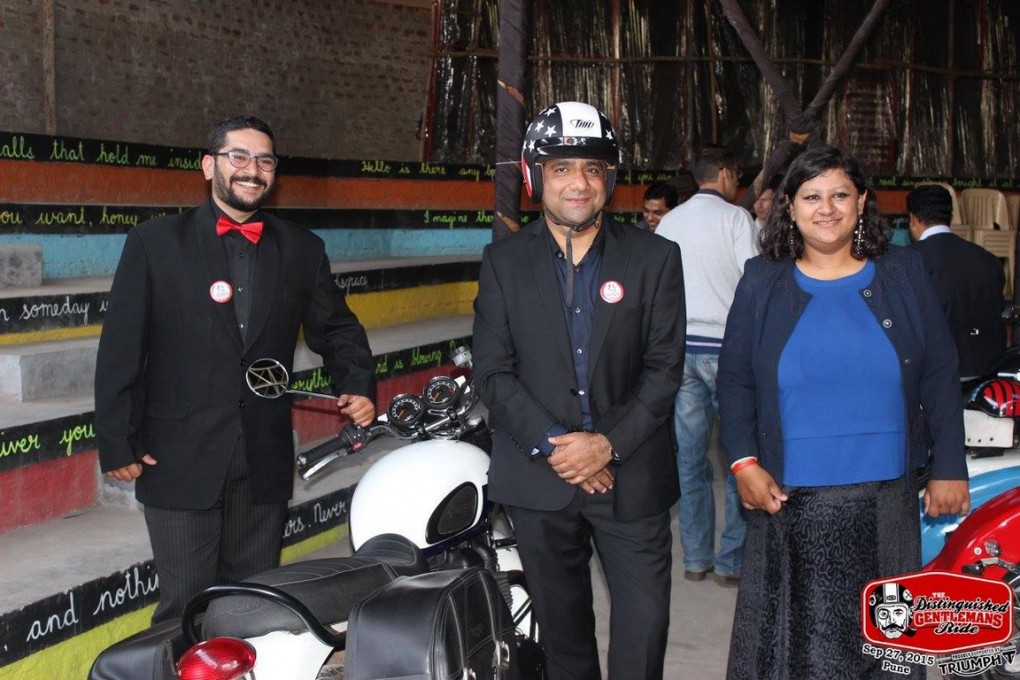 Upon reaching the venue the riders interacted with each other over brunch. The event, as a pleasant surprise saw Mr Vimal Sumbly, MD Triumph India who had come by to thank the riders for their support and to felicitate the winners of the various contests along with Mr Manish Lakshmanan, Moto 101. A worthy mention here – much to the likes of all the winner of the most distinguished motorcycle was a red coloured Rajdoot GTS called as Bobby. To formally conclude the ceremonies the attendees posed for a group photograph.

For those who wish to donate towards ‪#‎prostatecancer research may check the official website for further details.