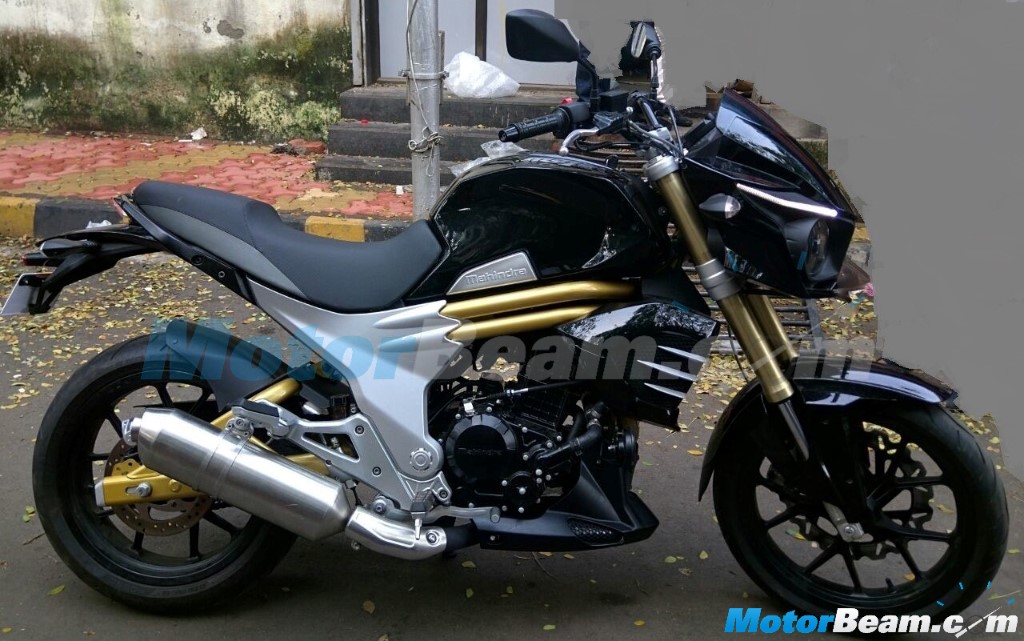 We have received quite a few spyshots of Mojo but we did not post them since they were accompanied with no additional information. However, there seems to be a development on this front..

Two auto publications, Motoroids and Motorbeam have published spyshots of a slightly revamped Mojo from reportedly a Mahindra event somewhere in Delhi, where the company showcased their upcoming flagship. Both the publications share that their sources claim power figures of around 30-31 PS. Back in 2010, when Mahindra officially unveiled the bike, it produced 26 PS of peak power (on paper!).

Apart from this, Mahindra has also played around with some cosmetic changes, which are minor but do ensure there is some freshness. As a first, the tank gets the ‘Mojo’ sticker from the side grey panel earlier and there is an additional grey plastic with Mahindra embossed on it. 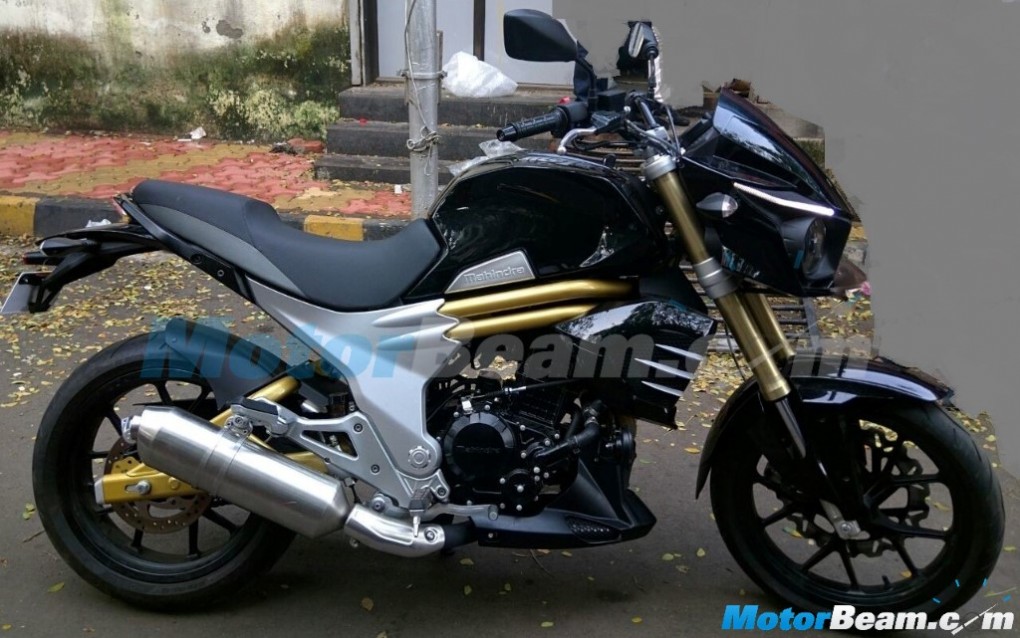 Apart from that, the engine has been black coated and gets Mahindra’s badging. This has been seen for the first time. Also notice that the grab rails have been extended, most probably to enhance their usability. The other interesting bits like USD forks, Pirelli tyres, twin exhausts have been retained. 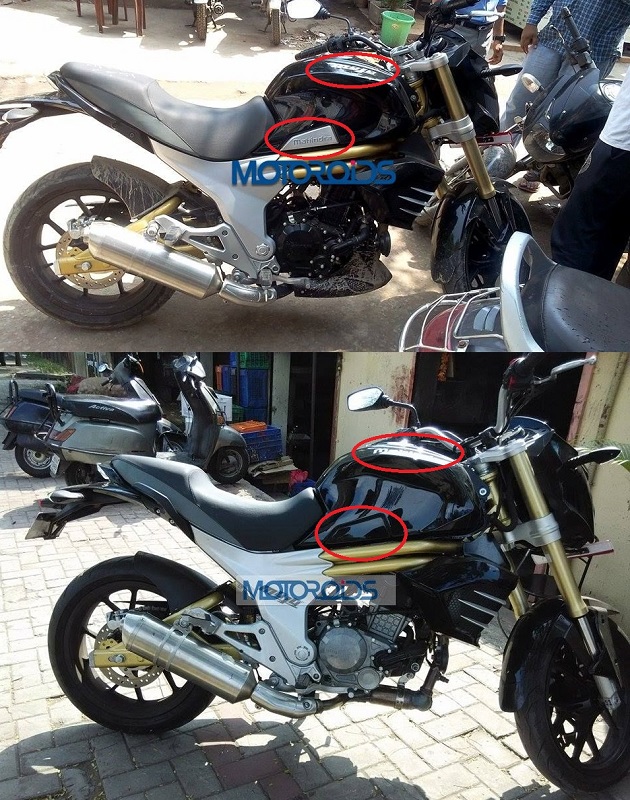 So, there we are….. in its redesigned avatar, with those heavy-shoulders and raised chest, Mojo does look an interesting motorcycle.. And now with claimed power outputs of 30 odd bhps from its 300cc single cylinder motor, we would just need an aggressive price tag to raise eyebrows of even the ardent dislikers of the bike. 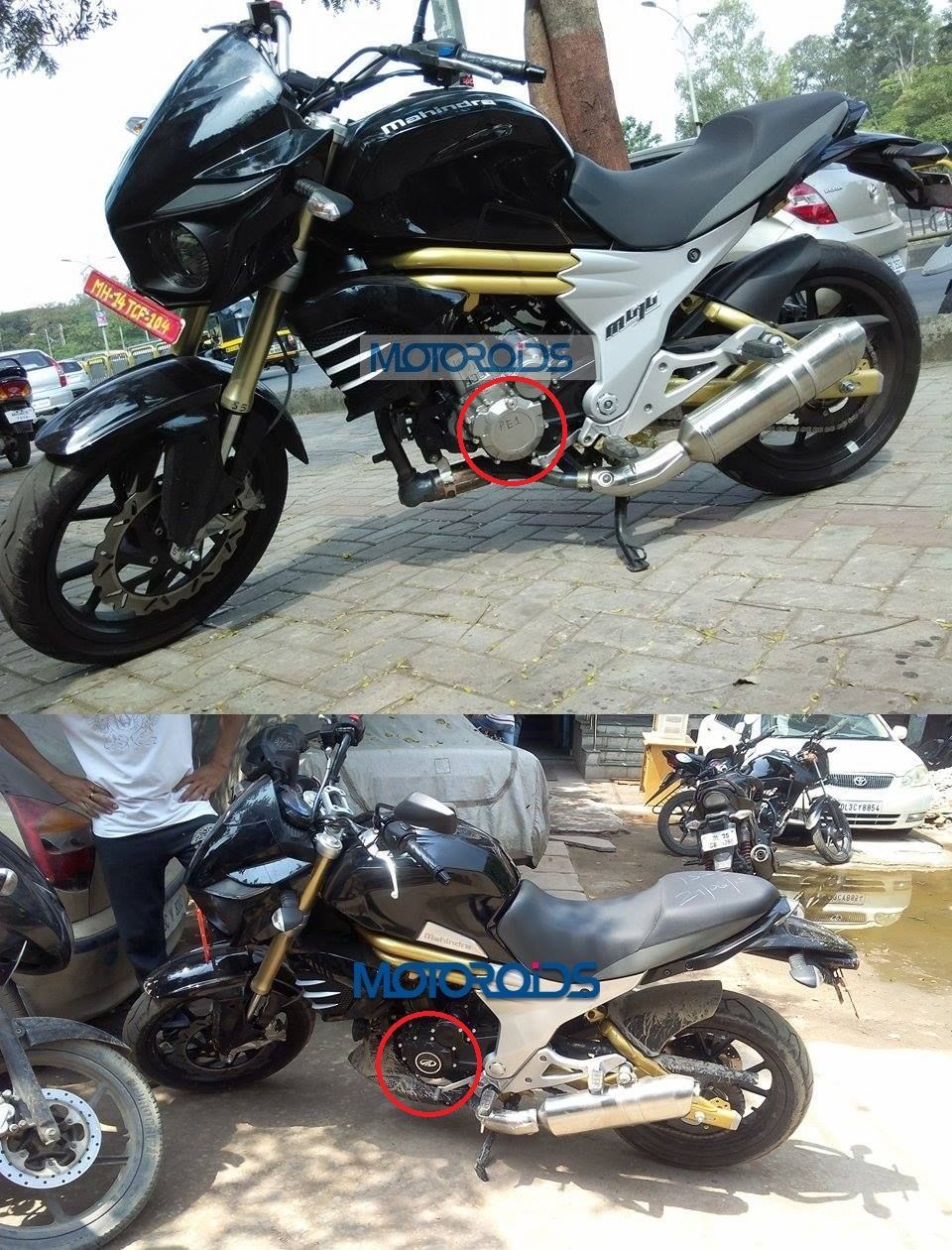 With this, we assume that Mahindra will be launching it soon…