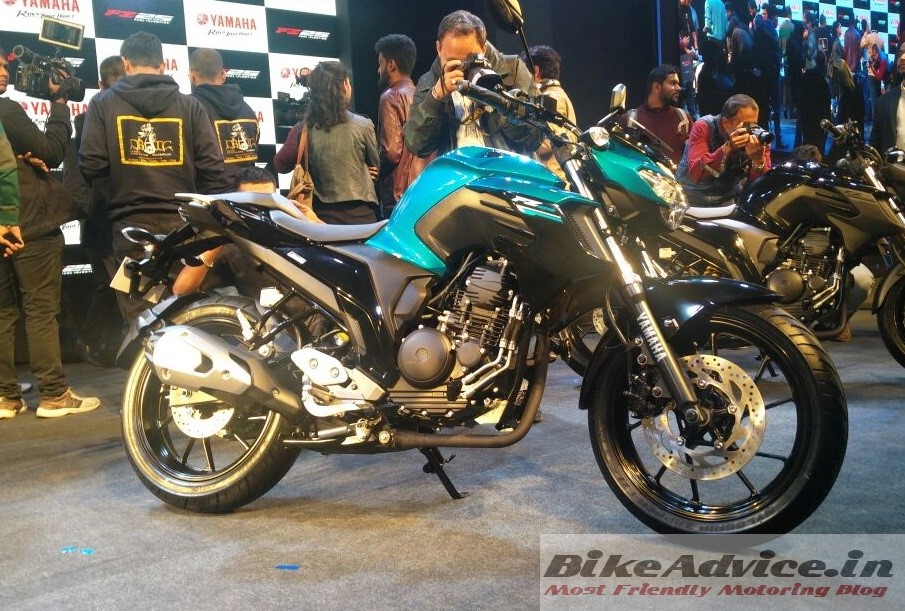 At an event in Delhi, Yamaha has launched the FZ25 in the presence of John Abraham. The focus, as we thought, has been on making a cost-effective quarter liter motorcycle for India and hence you do not get a lot of bells and whistles but the pricing takes care of everything…

FZ25 comes with a 249cc single cylinder, SOHC, 2-valve, fuel injected motor which churns out 20.9 PS of peak power at 8000 rpm and 20 Nm at 6000 rpm. It gets an air + oil cooled cooling system which is what we have seen in motorcycles like Pulsar 220 etc. It is bolted on a diamond frame. And yes, FZ25 continues to follow the Blue Core technology and it meets BS4 emission norms.

This motor has been lifted from the Brazilian-spec Fazer and is mated to a 5-speed gearbox. It also does/did duty on some other motorcycles from Yamaha sold in Japan. The company tells us that they have ‘fine-tuned’ and optimised the engine for our conditions. They further say that major changes have been made in the intake/exhaust systems and its ignition. 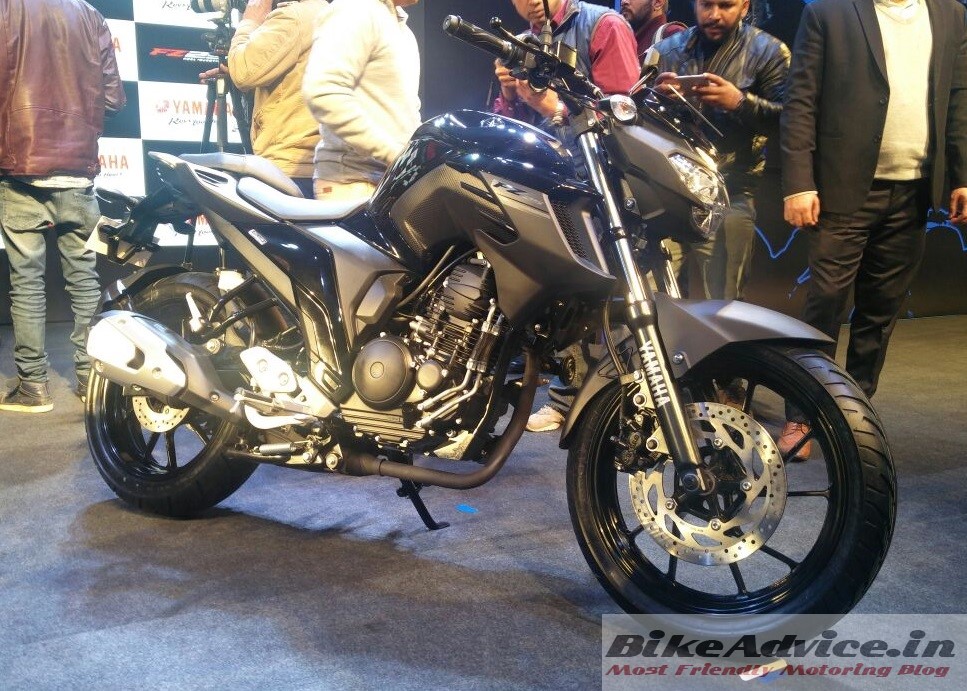 Yamaha has launched the FZ25 at an ex-showroom price of Rs 1,19,500 ex-showroom Delhi which is a stellar pricing for the machine. Clearly the target is the 200cc range which includes Apache 200 as well as the upcoming Pulsar NS200.

Yamaha says the focus has been on light weight and agility. The motorcycle weighs 148 kg  wet (which means it includes oil and full fuel tank). FZ25 is targeted at young buyers between the age of 20 and 30 years. It comes with disc brakes on both wheels – 282 mm front and 220 mm disc rear. 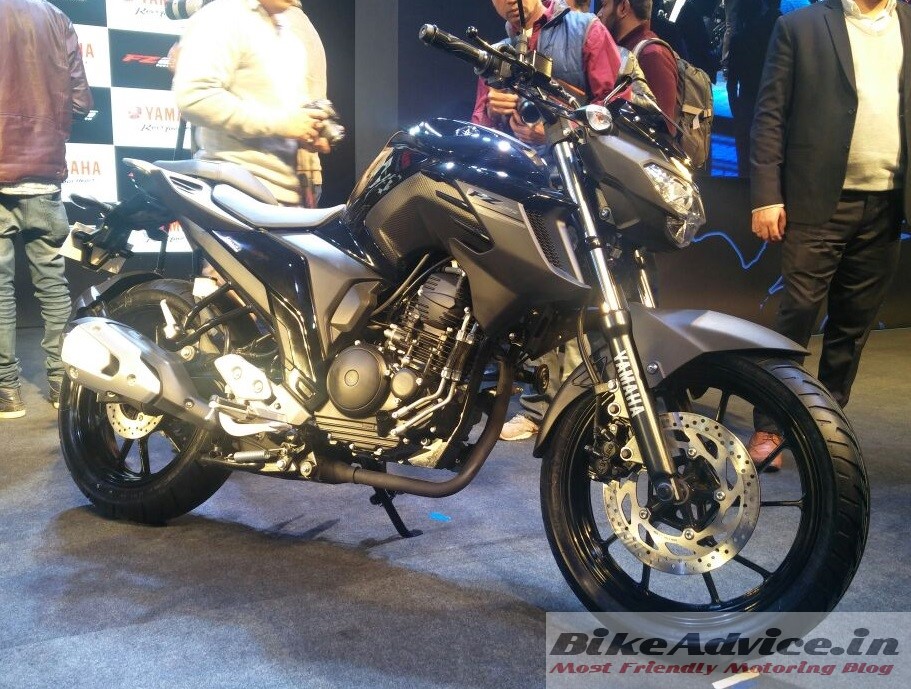 FZ25 also gets LED headlamps which is a first for a 250 cc in India. It also gets an LCD instrument console. It has a low-positioned handlebar and forward-set footpegs for an easier riding position.

Yamaha claims a fuel efficiency of 43 km/l for FZ25. They have not specified if it is an ARAI certified number or is it based on their internal tests. 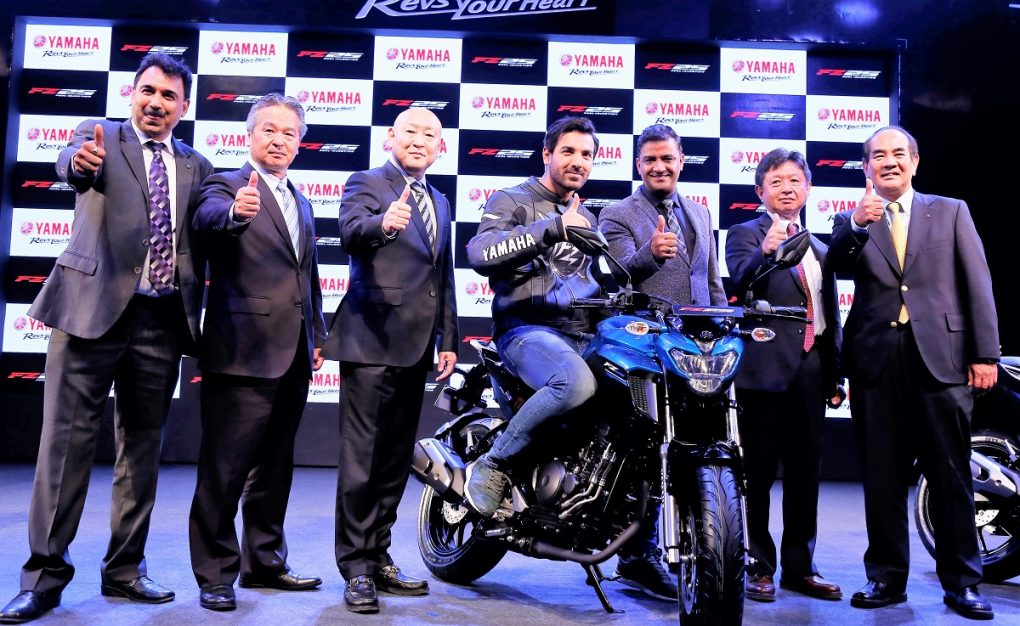 Ballistic blue looks beautiful, warrior white is for those who like brighter colours and then black is black! Blue and black are shown on this page, we will post images of white shortly. 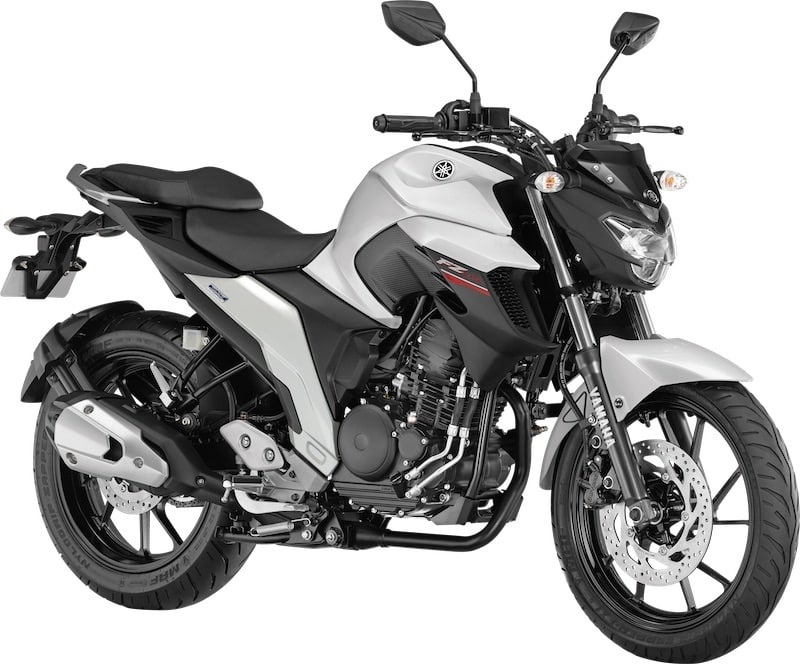 Unlike Dominar which is restricted to a few markets for now, FZ25 will be available across all Yamaha dealerships in India. They have not talked about its bookings but we know a few dealerships are taking bookings. Deliveries will begin from February 2017.