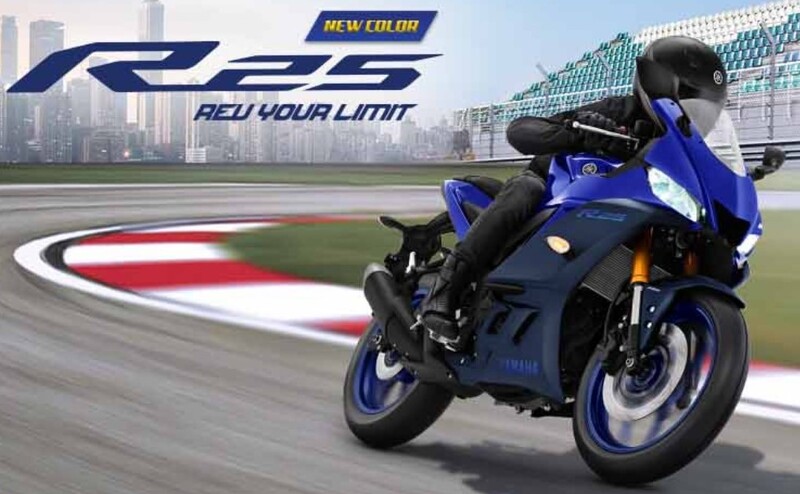 2022 Yamaha R25 is offered in two new shades, however, only the ABS version gets them. It is the smaller sibling of R3 that was sold in India…

After launching the 2022 version of their retro-styled XSR155, Yamaha have updated their YZF-R25 for the current year. The quarter-liter sportsbike has received two new colours for 2022.

The first colour is a slightly varied shade of Blue which Yamaha calls Racing Blue. It is very similar to the Racing Blue colour scheme which the Indian version of Yamaha R15 comes in.

The second colour is a combination of White and Red colour which is the special livery which celebrates their 60 years in the World GP. This 60th Anniversary WGP livery is similar to the liveries its older siblings (R1, R7, R3) have also received.

These visual updates have only been brought to the ABS version of R25. The non-ABS version comes in three standard colours – Blue, Red and Black.

Other than the visual updates, the bike remains largely untouched.