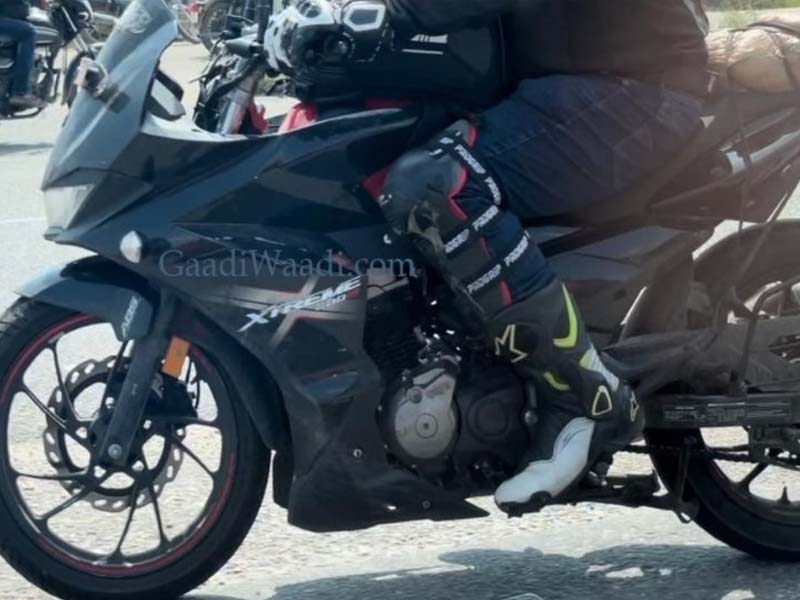 Xtreme 200S 4V launch on the cards? Is that the first spotting of its test mule? Will it get more power and torque like upcoming Xpulse…?

After a series of spyshots (and official teasers from Hero), it is well known that a new 2022 version of the Xpulse 200 is under works. Hero has already revealed that it will come with more power (and torque) and will have a 4-valve engine.

Since this engine forms the basis of the company’s 200 platform, it is imperative that it will go to other models as well. In a latest update a purported 2022 Xtreme 200S test mule has been spotted.

Unlike the Xpulse, there is no concrete evidence of the new Xtreme 200S getting the 4 valve treatment. There is no design change and everything on the aesthetics remain the same as the existing model except for the fuel tank that appears to be painted in red.

If the new Xtreme goes through this engine makeover, it is also expected to gain a wee bit more power. The 200S will be continue to be equipped with the same 199.6 cc single-cylinder engine which comes paired with a 5-speed gearbox. For reference, the current model churns 18.08 PS of power and 16.45 Nm torque.

Since the BS4 to BS6 transition, Hero has changed the placement of its 200s in the market. The Xtreme 200S is now the company’s flagship and is priced higher than Xpulse 200.