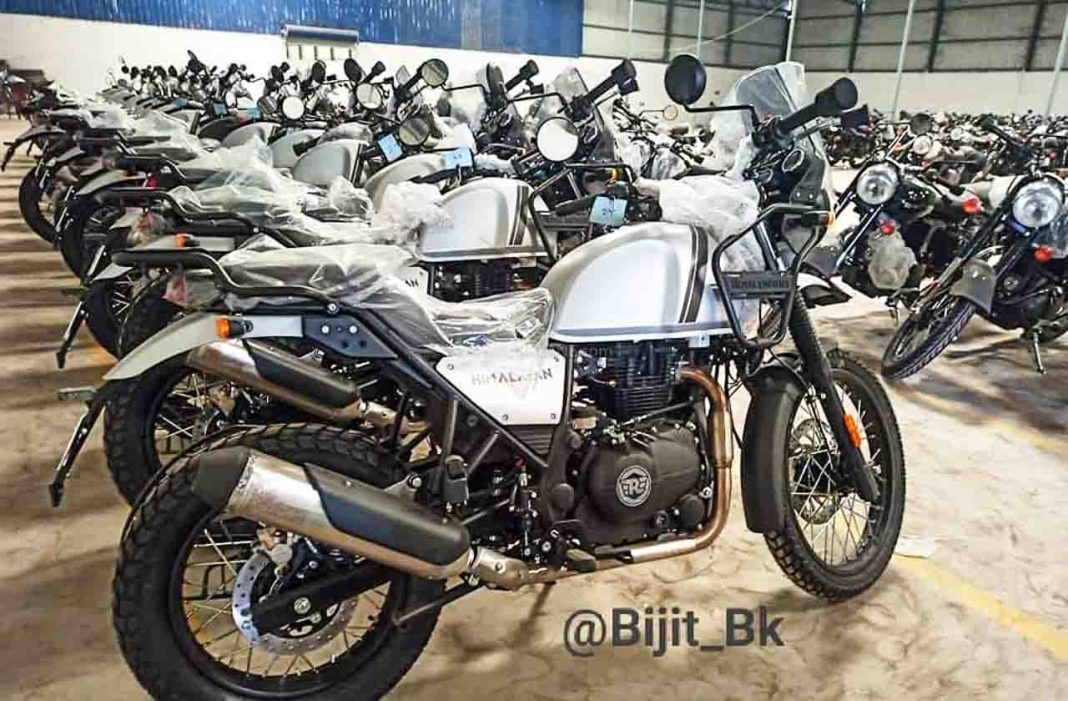 2021 Himalayan launch date is tomorrow. The new model will come with a few cosmetic changes and adds tripper navigation to its feature list…

The 2021 Himalayan is almost here and it appears that it has also started reaching dealerships across the country. Royal Enfield has revealed the launch date of the updated ADV on its official social media channels and the day is 11 February 2021 ie tomorrow!

And ahead of that, its fresh spy pics have emerged in the new silver color. The pics appear to have been taken at some Royal Enfield dealership, and they reveal the bike completely. Apart from this (Mirage) Silver, the motorcycle will also be available new colors – Pine Green and Granite Black.

If you are wondering how this model differs from its predecessor – it gets a new tripper navigation system that debuted on the Meteor 350.

Mechanically, the bike continues to be powered by the same 411 cc, single-cylinder, air-cooled engine that produces 24.3 bhp power at 6500 rpm and 32 Nm torque between 4000 and 4500 rpm. The motor is mated to a five-speed gearbox.

According to rumors, the new Himalayan could cost higher with the new tech. More details will be revealed tomorrow upon its official launch.