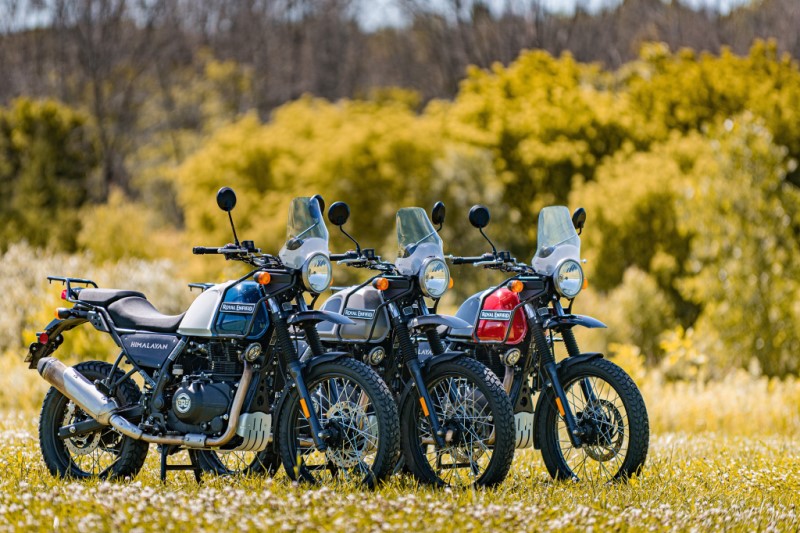 Royal Enfield Himalayan in USA gets the updates it received in India earlier this year. It is a cheap and entry level ADV in that developed market…

When the Chennai-based automaker – Royal Enfield launched its adventure motorcycle – Himalayan, a few years back, it was plagued with a lot of technical issues. However, in all these years, the company has managed to fix most of the common and very prevalent problems in the motorcycle.

Earlier this year in January 2020, the updated Himalayan was launched in India with the mandatory Bharat Stage 6 compliance and many other updates. Now, after the ADV has settled down in the domestic market, RE has confirmed that it is taking it to more markets.

In a latest, the mid-sized ADV has been launched in USA where the older model was sold till now. In addition to the existing palette, the ADV will be available in a new range of colors, including Lake Blue, Rock Red, and Gravel Gray shades.

While RE has not given a confirmed date of deliveries but bookings will commence from 1st September ie today. Also, the motorcycle will be available in limited quantities only. The 2021 model of the bike has been priced at $4,999 (~3.64 Lakh INR), which means it has witnessed a hike of $200.

RE is launching it as a 2021 model in the United States and it gets new features like switchable ABS, revamped brakes, improved side stand design, etc. You can read details on the changes here.

Because of its low price and accessible power, Himalayan is finding acceptance in many markets across the world as a good beginners bike. According to Royal Enfield, the motorcycle has consistently ranked among the five best selling two-wheelers in European regions.