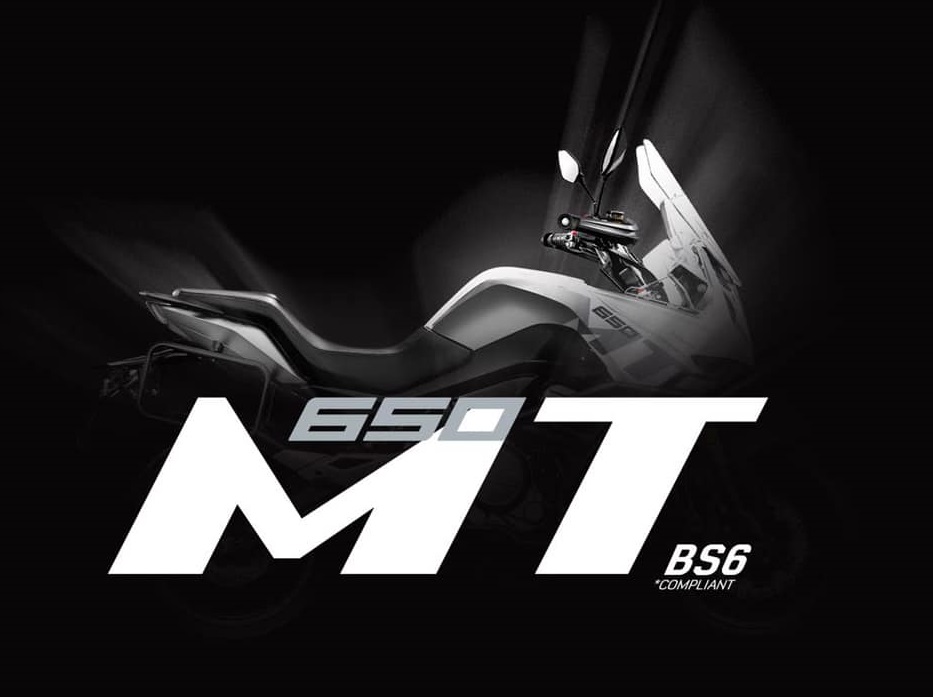 CFMoto is all set to launch the BS6 compliant 650MT in India. The brand has already teased the bike on its social media pages.

This adventure bike is already available in the European markets bearing the EURO 5 compliant 650cc liquid-cooled twin-cylinder engine (which is paired to a 6-speed gearbox). It can churn out 56.5hp of power at 8250 RPM and has a top speed of 170km.

This ADV tourer has an 18-liter fuel tank and the company claims that it has a fuel efficiency of up to 18 kilometers per liter. The 650MT comes with 43mm USD forks along with a mono-shock with hydraulic adjustment at the rear.

For braking, the front wheel deploys a 300mm double disc and on the rear, you will get a single 240mm disc brake. Dual-channel ABS comes as a standard on this bike.

We believe India-bound CFMoto 650 MT will also carry forward most of the specs of its EURO5 sibling.

In Europe the 650MT costs 5690 Euros which, on conversion to INR is 5.5 Lakhs. The BS4 variant was sold at Rs 4.99 Lakh in India. It will be interesting to see how will the Chinese maker price its updated model.