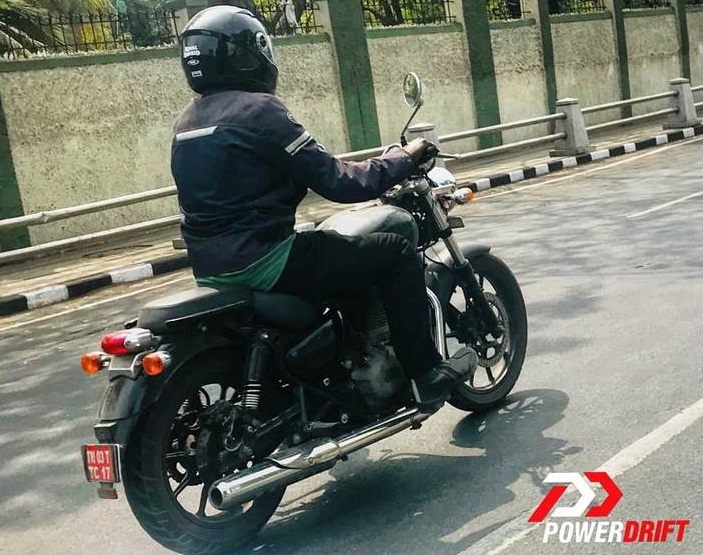 After the new Classic, Royal Enfield has now been caught testing what looks like the 2020 Thunderbird. Spy pics shared by Powerdrift reveal many subtle changes to the motorcycle. Let us list them down…

Many of these changes lead us to believe that this could be the BSVI version under tests, mandate of which will kick in from next year. Otherwise, why would RE tinker the motorcycle’s settled mechanicals just before it will have to be revamped for the mandatory emission norms?

RE has recently branched two variants out of their Thunderbird platform – the X promoted as a city rider and the standard cruiser version. More details on RE’s plans should get revealed in the coming months. For now, they have launched very weird Trials models based out of their Bullet range (have a look at it).