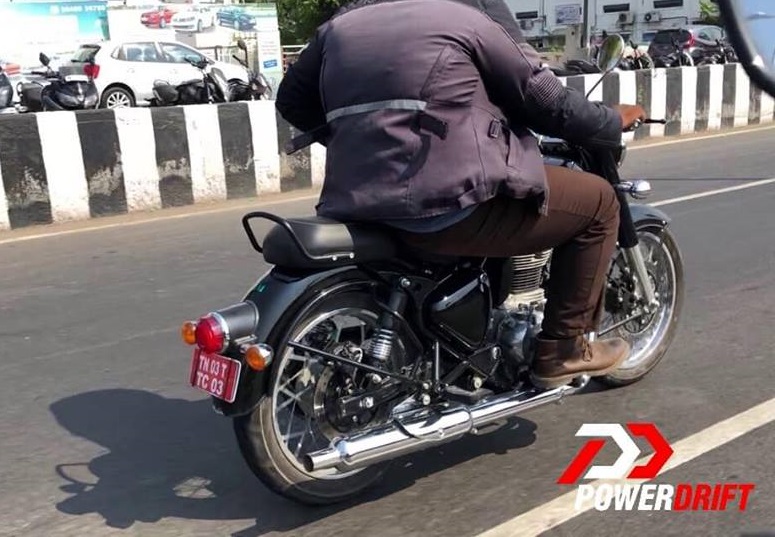 2020 Royal Enfield Classic spy pics reveal various changes to the motorcycle. From next year onwards it will have to be BSVI compliant as well…

Royal Enfield’s Classic has been an insane seller. Despite its higher price tag it outsells a lot of much-lower priced motorcycles. But things have started to change and it has seen a steady and consistent decline in the last few months. Recently, it received a dual channel ABS unit and hence it is eligible for sale after the ABS-deadline of 31st March 2019.

However, a mysterious Classic mule has been snapped testing somewhere in Chennai (credit Powerdrift) and it is carrying some interesting changes. Let us list what we can decipher..

The motorcycle may be running without a kick starter, however, it can not be confirmed. More details about this spotting and RE’s plans will get clearer in the times to come. For now, we do not think this update is coming to us anytime very soon!